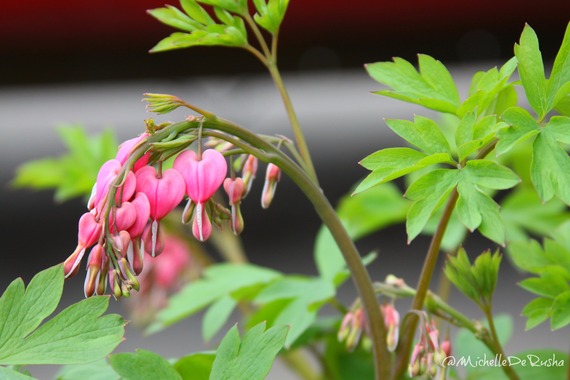 I recently saw a "New Yorker" cartoon that depicted God speaking to a frowning angel as they gazed down at planet Earth. The caption read: "I'm starting to prefer the ones who don't believe in me." I laughed when I read that, but it also hit a nerve.

Last summer I struck up a conversation with a middle-aged woman on a flight from Denver to San Francisco. We engaged in the kind of small talk two strangers sitting side-by-side on a three-hour flight do. She told me she was headed out to visit her son and his partner. I volunteered that my family and I were spending ten days traveling up the coast from San Francisco to Portland.

Our conversation rolled along amicably. I asked what she did for a living - she was a physician - and she asked what I did. When I told her I was a writer, she asked what I wrote. "Non-fiction and memoir," I answered. "I mainly write about faith from a Christian perspective."

My seatmate didn't respond. Instead, she opened the book she'd been holding in her lap and began to read.

At first I thought maybe she hadn't heard me. But then I realized the awful truth. By identifying myself as a Christian writer I had shut down the conversation. She didn't say another word to me for the rest of the flight.

I initially reacted to her abrupt dismissal with anger. How dare she judge me, I fumed to myself. But my anger quickly turned to sadness and shame when I realized the truth: she judged me because she thought she knew me. And she thought she knew me because time and time again, she's only been offered one version, one definition, of what Christianity is and who Christians are. Declaring myself as a Christian writer landed me squarely in the extreme right, which is the only version of Christianity my seatmate has consistently been offered. To her, I was a finger-wagging, exclusionary hypocrite.

No, you've got it all wrong, I wanted to say. I'm a good Christian. I'm not judging you. I'm not judging your son. But when I heard my own words in my head, I stayed quiet. I felt ashamed and saddened by my need to qualify. This is what we've come to, I thought. The word "Christian" needs a modifier. "Good" is not implied.

My seatmate's reaction speaks to a troubling trend. A 2015 Pew Research Center survey of 35,000 Americans found that the Christian percentage of the population has dropped to 70.6% (down from 78.4% in 2007). Pew attributes the drop to the number of millennials leaving the church, more than one-third of whom say they are unaffiliated with any faith, down 10 percentage points since 2007. People who profess no faith affiliation now comprise nearly 23% percent of the country's adult population.

Those statistics and the situation I found myself in that day on the airplane didn't happen in a vacuum. People are not born with an innate distrust and dislike of Christians. It's a learned response, the result of repeated exposure to self-righteousness and judgment, which, more often than not, is presented as well-meaning guidance and even "love."

We have no one to blame but ourselves. Christians, mainly a small minority with the loudest, most judgmental voices, are driving people from the church.

America has become a culture of extremes. We see it in our politics, in our pop culture, and in our religions. In our society, the loudest, most extreme voices are the ones given the platform; they are the ones heard. But that doesn't have to be the case.

We Christians like to claim "they will know us by our love," as the song goes, but clearly we are doing a terrible job of living out those lyrics. We need to do better, and we can start by doing more than merely tolerating our neighbors. To tolerate isn't nearly good enough; to tolerate is to set the bar far too low. We tolerate mundane irritations, like long check-out lines at the grocery store or a different brand of coffee than we're used to. We need to do more than simply tolerate other people, human beings who have been created by God in God's image, no matter how different they are from us.

Instead, we need to invite, embrace, and love them. We need to demonstrate radical hospitality, not only by accepting but by welcoming others with open arms. We need to stop saying things like, "Love the sinner, hate the sin," which is only judgment masquerading as love. We need to worry more about changing ourselves and less about changing others. We need to refuse to allow a minority of loud, judgmental voices to define who we are, and instead speak for ourselves, not necessarily with words, but through acts of genuine kindness, acceptance, and love.

In short, we need to go back to the basics. "Love God, and love your neighbor as yourself," Jesus commanded. If we want the world to know us for our love, we need to begin, and end, right there.

Author of Spiritual Misfit: A Memoir of Uneasy Faith and 50 Women Every Christian Should Know; from Lincoln, Nebraska.