Bernie Sanders is on a roll. Just last night, he won a major endorsement from the Communications Workers of America union, a group of 700,000 workers. Today, he scored big with an unprecedented endorsement from Democracy for America.

Democracy for America, a progressive political action committee with over one million members, will now endorse Sanders after the Senator dominated the group's online membership poll. DFA pledged to support a Democratic candidate only if he or she garnered 67% of the online vote -- which it called a "super majority." Sanders, who earned 88% of the vote, crossed that super majority threshold easily.

* On Monday, December 21st, the author of this post, Brian Hanley, will be releasing the world's first animated rap video about Bernie Sanders. Please subscribe to his blog at the top of this page and stay tuned! 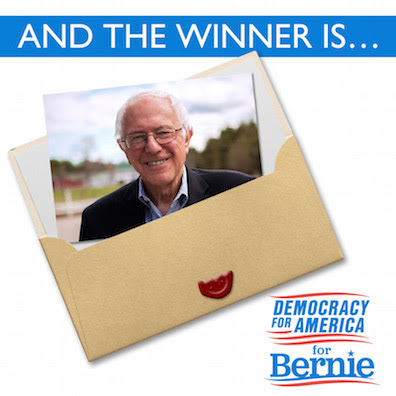