Since the 2008 crash, the Wall Street manipulators have been called pirates and banksters. Those are appropriate words, but there is a much more accurate term for their function in our economy and society. 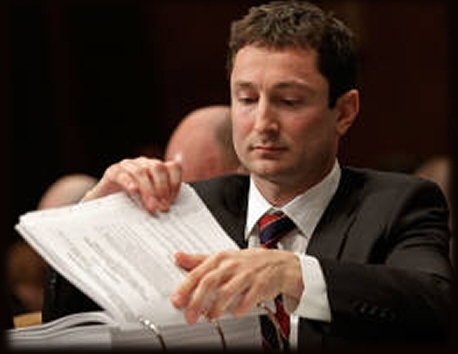 The self-fancied Masters of the Universe on display before Carl Levin's Senate subcommittee on Tuesday make more money than almost anyone else. Often the obscene amounts with which these people make off are mistakenly called "earnings." In fact, the people who make these killings - a much more appropriate term than earnings - do little or nothing to earn the loot they accumulate.

In his 1987 novel, Bonfires of the Vanities, Tom Wolfe pointed out that Wall Street manipulators don't make anything; they don't do anything useful. The goldmen of Goldman and other Wall Street firms pick up the "golden crumbs" left from cakes baked by others. They act in the role of roaches, although leeches seems a better analogy from the animal kingdom.

Increasingly, though, over the years of the Age of Marketism - the faith in the Market God - and particularly by the years of the administration of George W. Bush, these non-producing manipulators have been "taking the cake" and leaving only the not-very-golden crumbs for others to fight over.

Just what does the creation of "instruments" on which bets can be made do for the economy or society?

While "pirates," "banksters," "roaches," and "leeches" are all apt words to describe the arrogant people we saw testifying on Tuesday and the many others like them in other Wall Street firms, there is an accurate scientific term for organisms that live off what other organisms produce, giving nothing in return.

Historian Robert S. McElvaine is Elizabeth Chisholm Professor of Arts & Letters at Millsaps College. A 25th anniversary edition of his classic book, The Great Depression: America, 1929-1941, with a comprehensive new introduction comparing circumstances then and now, has just been published by Three Rivers Press, an imprint of the Crown Publishing Group.