World Cup fever might have you thinking that Brazil is only the home of football. But it's more than just a football nation. It's a breeding ground for some of the world's most diverse and creative people. And luckily for the rest of the world, they do not mind sharing their talents.

From innovators of jewellery like Fernando Jorge to fashion designers such as Lucas Nascimento and Alexia Hentsch, young Brazilian creatives are choosing to establish themselves London.

Thiago Soares is yet another example.

Growing up in the suburbs of Rio de Janeiro, a 12 year old Soares was introduced to dance. The career of a ballet dancer, he admits, can be very short and with this in mind, Soares moved to London as it provided "a theatre that allowed him to be a whole", without abandoning his South American roots. 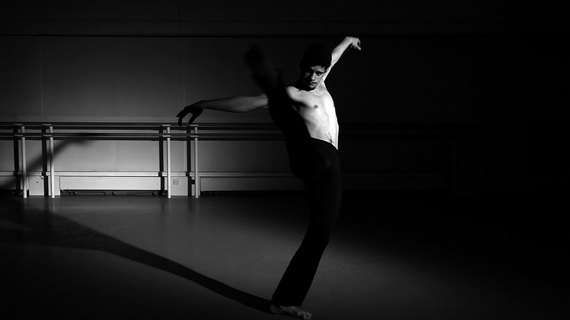 His many awards include Outstanding Male Artist (Classical) at the Critics' Circle National Dance Awards in 2004.

Soares attributes a lot of this success to living in London.

"I feel like I was adopted here - they made a better version of me. They gave me an opportunity, welcomed me, worked on me, they didn't just let me be.

They made my dreams come true."

His time at The Royal Ballet has also been fruitful off-stage. Soares met his wife there; Marianela Nunez (also a principal dancer) and they tied the knot in 2011. A documentary about their relationship called All I Am is currently in production.

London has allowed Soares to "connect and be creative", and long may it continue to be a creative hub for talented individuals from around the world.