The apartment is approximately 5,607 square feet with three bedrooms and three and a half bathrooms plus an additional 4,500 square feet of outdoor space.

Each floor of the apartment has its own unique details: the listing notes that the 7th floor includes a media room with an integrated wet bar and 72" built-in flat screen TV, the 6th floor boasts a large patio surrounding the two bedrooms and the 5th floor has an additional kitchenette and living room. 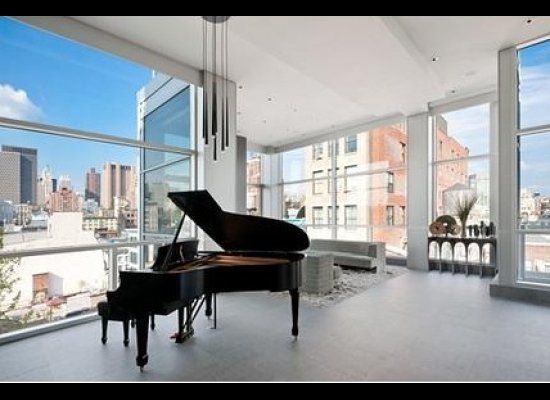