It's rough out there for a night owl. As the saying goes, the early bird gets the worm -- and they also get a lot of the praise.

Evening people get a bad rap, but some folks just can't help but burn the midnight oil. In fact, research suggests that we may not be able to help it. Our internal clocks, which are somewhat determined by genetics, actually control our sleep pattern.

There are reasons why we prefer to rise with the stars over the sun -- and it isn't necessarily a bad thing. Below are a few things night owls want you to know about their personalities. 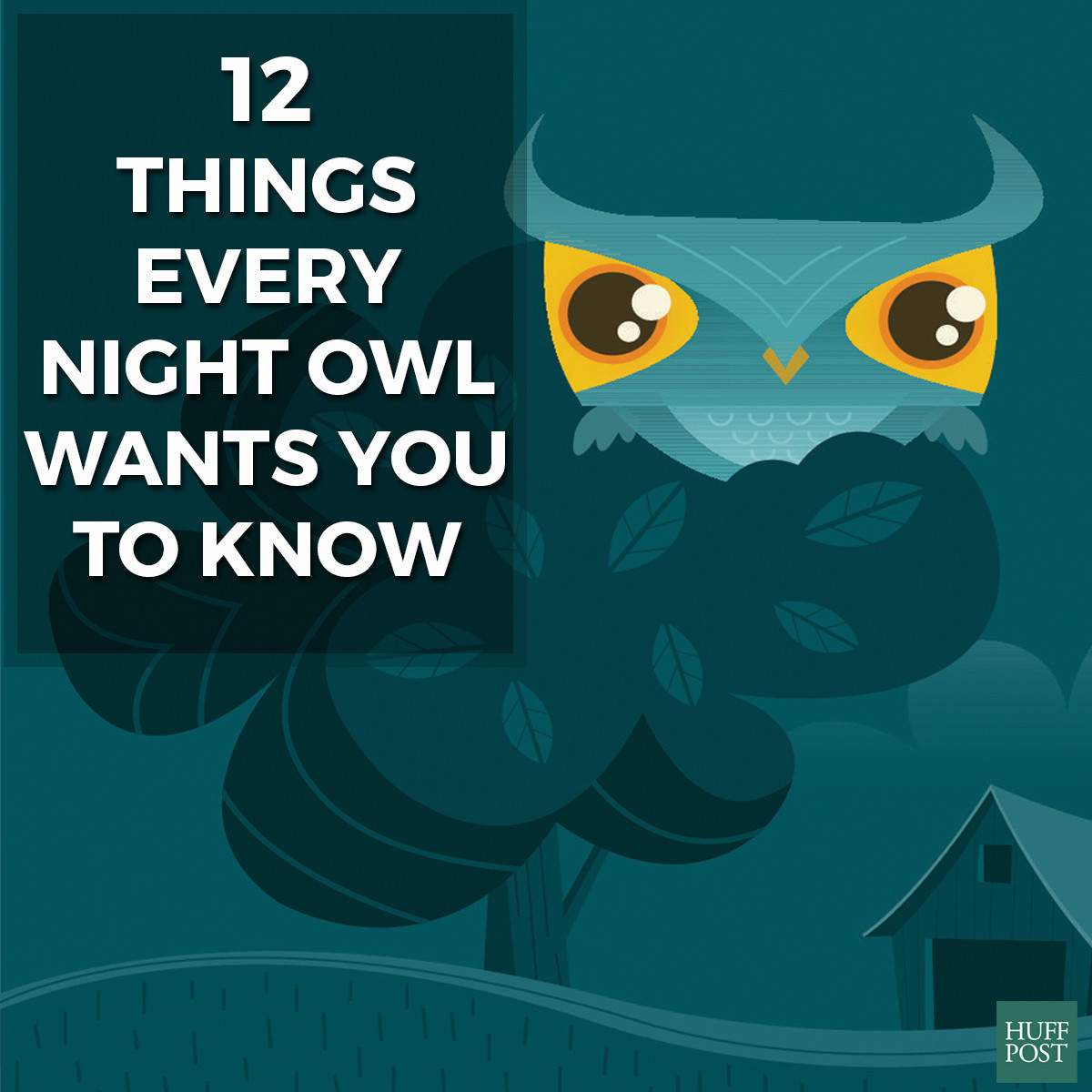 1. It is downright impossible to rise from bed before the sun does.
Waking up early isn't just unappealing, it's agonizing. That's because people who truly rank high on the "eveningness" scale have a different circadian rhythm, making their sleep schedules totally different.

2. We do our best work during the evening.
There's nothing like a nighttime creative breakthrough. If you're really prone to productivity during the late hours, it may be beneficial to create a flexible work schedule that matches that mentality.

3. We're creative souls.
Some researchers suggest that night owls may be more creative than our lark counterparts. Realistically, it just comes back to the hours when you work best -- and for us, that's after the sun sets.

4. Just because we go to bed late doesn't mean we don't sleep.
Don't get us wrong, we certainly love and need our shut-eye (otherwise, we're at a serious risk for health problems). Night owls can keep burning the midnight oil as long as we get the recommended seven hours of uninterrupted sleep each night, Dr. Shalini Paruthi, education committee chair of the American Academy of Sleep Medicine, told The Huffington Post. Just make sure to stick with a consistent bedtime and wakeup time each day.

5. We tend to take risks.
According to a 2014 study published in the journal Personality and Individual Differences, evening people are more sensation-seeking. Charge fearlessly into the unknown, fellow night owls!

6. The 9-to-5 schedule completely throws us off.
Unfortunately, that's a negative since the majority of workplaces operate under those hours. This could lead to "social jet lag," which is what happens when our biological clock is out of sync with our social clock (AKA the workday). That could result in a loss of precious hours of sleep.

7. Coffee is the nectar of the gods.
How else are we going to get through the morning hours? (Bonus: There are even a few health perks to the delicious beverage. Just don't go overboard on the caffeine.)

8. We're either at our most energized or relaxed when it's late.
Some serene alone time after everyone's in bed? A social Friday night out? Don't mind if we do.

9. We're in good company.
Even the President of the United States is a self-proclaimed night owl. He told Newsweek in 2009:

10. We can get moody.
Night owls may also experience elevated levels of the stress hormone cortisol in the brain (particularly women who are night owls), according to a study conducted by the University of Chicago. Researchers noted this could be why night owls tend to be risk takers. But most importantly, as we know, more stress = mood swings. Sorry in advance; we certainly aren't perfect.

11. Our most effective workouts take place in the evening.
Don't even think of waking us up for that 6 a.m. bootcamp. Self-reported nocturnal types physiologically experience peak strength performance during the evening hours, according to a small study published in the Journal of Biological Rhythms. In other words, we're much better off doing a nighttime workout if we want to get the most out of it.

12. It is possible for us to become a morning person -- we just don't want to.
There are certainly big perks to being a lark and ways to adjust your sleep schedule. But as long as you're getting the recommended amount of sleep each night, there's no reason to make the shift. Keep on keepin' on, night owls.