Like most 4-year-olds do with their moms, my daughter hands me trash all day long -- snack wrappers, used napkins, markers that don't work. She also gives me her doll when she is ready to ride her scooter, her sweatshirt when she gets too hot and the leaf she had to pick up, but can't hold onto. I don't own a bag big enough to store all the found items I collect in a single outing.

Which is why, at a recent family gathering, when my kid handed me the backing of a sticker she had just applied to her forehead, there was only one thing to do. I rolled my eyes and handed it to my mother. Who threw it away.

Becoming a mom should have cured me of taking my own mom for granted. Only it doesn't seem to work that way. It's a process. With every milestone I encounter as a parent, I make a new discovery about my mom. For instance:

1. There was always more to our story that I didn't know.
Maybe the hardest part of new motherhood is realizing that all of the early memories are going to be invisible to your child. Already, my 4-year-old doesn't remember that I held her for hours while she slept as an infant. When she is 16, she definitely won't remember writing a silly story with me at the museum yesterday, no matter how fun it was.

My mom tells me about experiences like this though, the ones she had with me as a baby and toddler -- and it has made me realize that she brought all those memories to every other moment we had together. She knows more about me than anyone, even myself. She sees the baby I once was, the kid I became and the adult I now am all rolled into one.

2. And that is why she wants me to go to sleep.
When I cried to my mom on the phone about having a baby who had to be rocked to sleep every night and just wouldn't settle down, I said, "I just want her to sleep. Is that so much to ask for?" she said, "Right. That's what I think about you."

In other words, if you spend the first 8 or 9 years of your child's life begging for her to go to sleep, that is going to be a tough habit to break. Recently, she told me that one of the best nights of her life was when she realized I was old enough to stay up without her.

3. My sadness hurts her too.
It's not just because she didn't want to be up late herself that she wanted me to sleep though. It's a parent's job to keep her kid healthy and good sleep habits, you learn early on, are as much a part of that challenge as teaching a tiny person to enjoy vegetables and brush her teeth, even when you're both feeling lazy. But my mom also knows that being tired turns me into a sniffly depressive mess. Now, I have seen my daughter cry hundreds of times -- because her cereal bar fell on the floor, she doesn't want to leave the playground, she wants her CD in the car... But the times when she cries real tears because she is scared or in pain or truly sad? I hate those times the most. They crush me.

4. She really did want to hear all about my day -- and maybe still does.
Four is shaping up to be my favorite age so far, mostly because my daughter has mastered storytelling. Plus, she has the capacity to actually remember as far back as her morning so that makes her anecdotes even better. Whenever my mom used to let me blab about my day, without me asking her anything about hers, mind you, it felt good, but I think I finally understand why she wanted me to do it.

5. She is even stronger than I ever realized.
I have a husband who works nights and weekends. It's hard for me to work full-time and then be on at night for my child and parenting all weekend without my partner feels like an extreme sport sometimes. But I am not an actual single parent, like she was. She did it all. On her own. Every day. Knowing what that entails now, I couldn't be more blown away.

"Free to Be You And Me" taught me that Mommies Are People. Becoming an adult, getting to know my mom as one, reinforced that. But having a baby showed me that moms are also defined by motherhood. We are holders of objects and stories and emotions. And these are roles you can't fully understand until you've been a mom, too. 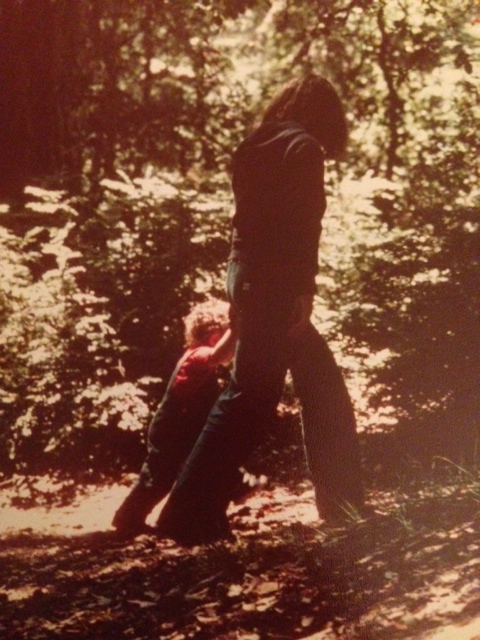