It used to sound so old. Honestly, I made fun of people like me. Now that I'm officially in my mid-30s, though, I realize how incredibly wrong I was.

I turned 35 this week. And, as with most birthdays, I didn't feel much different than I had the day before.

The days are like that; they pile on top of each other without much noticeable change.

But the years? The years show growth, weathered like the rings of a tree.

With a wife, career and five kids under 12, I don't have tons of time to sit silently and think about this once-dreaded age. 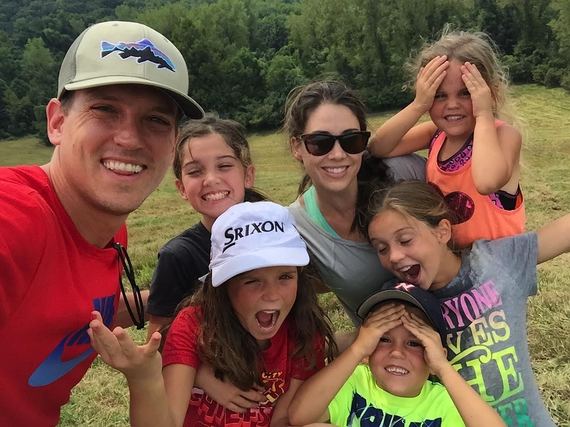 However, I did have a chance to consider it a bit. Here are 35 reflections as I turn 35:

1. Forgive more. It's cliché, but life is too short to hold grudges.

2. Spend money on memories. As I flip through old photo albums and Instagram feeds, I don't see new TVs, faster cars or bigger houses. I see kids smiling on the beach, my wife's hand holding mine during an anniversary dinner and other experiential things. Less stuff, more meaningful memories.

4. People's approval is a fickle drug. I'll likely still be fighting this at 45, 55 and 95, but desperately needing the approval of people isn't realistic. You'll never please them all. Be you -- don't be the version of you that you think will make others happy.

5. Think in decades, not days. The urgency of the day dictates many decisions. But thinking in decades forces us to consider the important, not simply the urgent.

6. Pursue community, not isolation. Bad stuff happens, at least to me, when I get isolated out on an island. Poor decisions, loneliness, lovelessness. Community allows us to keep each other in check when we stray, and cheer for each other during the good times.

7. Establish a culture of celebration. Whether it's at home, at work or wherever, find ways to celebrate. Big stuff, small stuff, taken-for-granted stuff. We're all around critical and negative situations. Be the person who celebrates amidst the noise.

8. Bravery isn't a lack of fear.My wife said it best as she tucked our 11-year-old in one night last week: "Bravery won't be handed to you. You have to fight for it. It's built when you're scared but you keep going anyway."

9. Become more like a child. Speaking of children, we have five of them. The oldest was 7 when the baby was born. So we know a little bit about chaos and sleepless nights. While we like to believe we're the ones teaching them about life, it's really the opposite. The more we hang around our kids, the more we long to be childlike: full of wonder, hope, joy and a belief that things will all be OK in the end...

10. Keep going. ... But since we're adults, we're smacked with the reality that life is hard. Really freaking hard. Cancer, early deaths, divorced friends, laid off colleagues -- not to mention bigger-picture horrors, like slavery or trafficking. It's a hard, awful world at times. But in spite of that, especially when we want to give up, I'm learning to simply keep going. One foot in front of the other. One bumpy step at a time. Weather the storm. Keep going.

11. Vulnerability is scary, but good. I used to believe I had to project a certain image and pretend I was perfect. Buttoned up, had my crap together. Until I realized that no one is that person, and it was incredibly tiring to keep up the charade. There is actually great strength in being vulnerable about our weaknesses. And honest about our shortcomings.

13. Give a damn. Not rocket science, I know, but it's amazing to me how many parents, employees and teammates couldn't care less. Meaning they don't care about much. Stand for something; give a damn about it.

14. Stand for, not against. Speaking of standing for something, please do that. It's so simple to nitpick, cut down and be against a bunch of stuff. But strong are the ones who stand for, stand up and speak out.

15. Don't be lulled to sleep. Maybe it's the sleep-deprived decade we just experienced coming through here, but I'm keenly aware of the adults, including me at times, who are sleepwalking through our days. Like we've all been lulled to sleep. We'd rather watch TV and eat crappy food. Or scroll through social media.

16. Money won't satisfy. Many will tell you that money is evil. I disagree wholeheartedly. Money is a tool for accessing many needed and wanted things and experiences. But it will never satisfy you fully. There's never enough of it; there's always a bigger house or a shinier thing. Don't fall for the lie.

17. Generosity does satisfy. The opposite of the above: When we're not using money solely for selfish purposes -- rather, we're using it to be generous to others -- it actually does fulfill something deep inside us. I think we were made to give. And in turn, we receive something, too.

18. Time is the most precious commodity. Money comes and goes. Energy ebbs and flows. Focus goes in and out. But time only moves in one direction. We can't remake it, bottle it up or reuse it. It's gone.

20. Pursue influence instead of popularity. Popularity comes and goes, based on what's cool in the moment. Influence, on the other hand, has lasting impact and can change lives.

21. You are what you eat. As my metabolism slows and my age increases, I'm becoming more aware that food really is the fuel I put into my body.

22. Monday is as valuable as Friday. Most of the world is TGIF-ing. But what about Monday morning? Each day represents 1/7 of your life. Don't waste it.

23. Legacy is what I'll leave. Long after the money is gone and the pictures fade, the legacy I leave will be one thing that counts. Thirty-five-year-old me cares far more about legacy-type things than 25-year-old me did. Hoping I say the same thing at 45.

24. I have a phone affair. By staring at a four-inch screen and peering into someone else's filtered life, instead of setting it down and engaging with the real life in front of me.

25. Laughing at myself has gotten easier. I quit taking myself so seriously sometime in the last few years. I don't know the exact day, but I do know that now it's so much easier to laugh at myself. Especially when I blow it. Learn from it, sure. But beat myself up over something for days? Not anymore.

26. Find magic in the mundane. We wait around for huge, defining moments. Big promotions, mind-blowing trips, babies being born. But most days -- nearly all of them -- aren't that. They're the grind, the mundane. I'm feeling much more comfortable these days finding the magic in the mundane, ordinary moments, instead of missing those altogether in pursuit of the extraordinary.

27. Give yourself away. Take initiative for the benefit of someone else. Find ways to help, lend, support, give. What I've found is that by giving myself away, I actually end up more fulfilled than I do when I'm in it to be served.

28. Balance is a lie. You hear it everywhere: Tips for work/life balance. The secret to a balanced life. I call BS on all of it. Balance doesn't exist. In fact, what we should be pursuing is a fully connected and engaged life wherever we are. If I'm at home, I want to kick butt at being at home. If I'm at work, I want to kick butt at my job. The balance thing leads to this crazy pressure and a guilty feeling that we're constantly sucking at something.

29. You are enough. Do I have the right degree? Am I reading the right parenting books? Am I networked appropriately in the city? I used to worry about all sorts of ways I wasn't measuring up. I still fall into that trap, but I'm becoming more and more aware that I am enough. You are enough.

30. Worry has never fixed anything. Speaking of worry -- I tried that, too. It doesn't work, doesn't help, doesn't solve problems. In fact, most things that I worried about at 2:30 in the morning actually never happened. This isn't to say that life is always rosy and turns out perfectly; that's certainly not true. But adding worry onto the steaming pile doesn't bring the relief you're looking for.

31. Comparison is a thief. How much money does that guy make? How is she so happy all the time? I bet their marriage is way better than ours. It's not fair that _______. Comparison is a robber, a thief and a liar.

32. Do what you say you'll do. It's baffling to me how many people don't do what they say they'll do. I don't need them to be miracle workers, but if you say you're going to do something, do it. Such a simple thing that we're teaching our kids. Let your word count for something.

33. Cynicism is easy; hope is hard. It doesn't take much to look around, see all the crappy stuff going on and grow cynical. Like a gasoline-induced fire, cynicism grows and is incredibly hard to quench. Hope is the same, though. Once it starts burning, just fan it a bit -- and then watch out. Harder to get going, perhaps, but worth it in the end.

35. Watching sleeping kids is the best part of each day. Unless I'm out of town, I always check on all five kids before I fall asleep. Sometimes it's for a few seconds, other times it's a lot longer, but each time I'm reminded that they're an incredible gift to us. The best job we'll ever have. 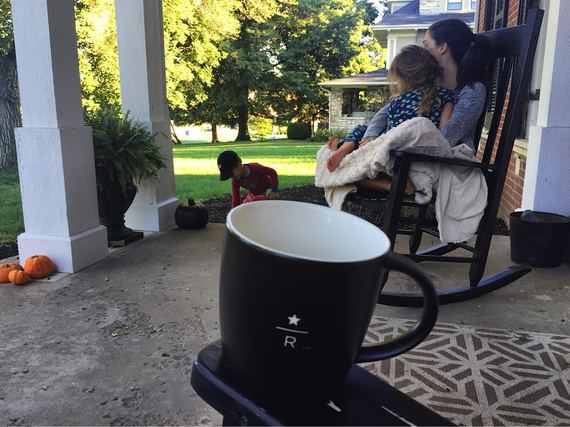