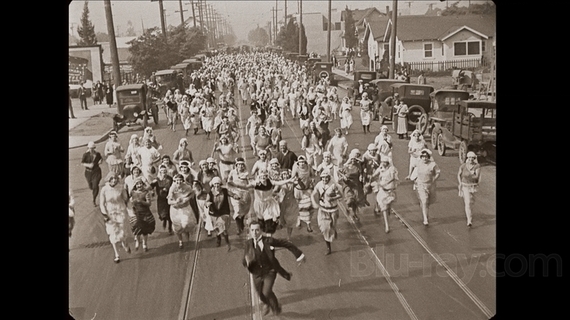 The secret to longevity depends on who you ask. People who have actually made it to an advanced age will credit alcohol or no alcohol, sex or no sex, red meat or no red meat, whatever or not-whatever. Jessie Gallan, age 109, credits her advanced age to porridge and avoidance of men. While these items may, in fact, have allowed her to live well past 100, other women may contend that they, personally, would have happily given up a couple decades of life before they would have given up sex or male companionship. The other item, porridge, is still being debated. Now back to men.

Jessie has apparently lived a full and happy life without the presence of a man. So what, exactly, are men good for, aside from sex and keeping track of one's car maintenance schedule? Since the extinction of the mammoth and the subsequent rise of male politicians, many people are wondering exactly that. Life in the Boomer Lane has answers.

1. Men like to be on top . Most women, when they reach a certain age, realize that the image of their faces, when they look down into a mirrored counter or answer their Face Time calls with their heads down, is not the most pleasant of sights. In fact it probably ranks a close second to what people looked like in the final stages of the plague. For this reason, any observant woman should be very grateful that her sexual partner remains mostly on top, and allows her to stop fretting about her jowls obliterating the rest of her face.

2. Men see us differently than we see ourselves. Women's brains go into full tilt boogie overdrive when they see other women. Is she pretty? Does she dress well? Has she had cosmetic surgery? Is her hair attractive? The list goes on and on. Men look at woman differently. If she has a head and a body, she qualifies.

3. Men are very patient when we shop for clothes. This is because they are either sitting in the store in a coma, or sitting outside having sunstroke. Either way, we get to shop.

4. Men love commitment. This is manifested when their team is having the longest losing streak in history and they still watch every single game.

5. Men love us exactly the way we are. As women we are always obsessing about losing weight, finding another hair stylist and/or hairstyle and/or hair color, tossing all our clothes and starting over, getting better make up, having cosmetic surgery, etc. We needn't worry. See #3.

6. Men have total ability to remember our birthdays, anniversaries, and every single other bit of important information about us. We simply have to declare ourselves a sports team.

7. Men have hair in places we don't. Or rather, in places where we get rid of it. It's nice to see that, on them, it looks good.

8. Men only half-listen to us. Since a lot of what we say is stream of consciousness, it's often just the act of speaking that makes us feel better. If we had someone really listening to us and constantly interrupting us and asking questions, it would take forever to get things off our chests. Then, later we'd be asked why, if we said blah/blah/blah, we did blah/blah/blah. Much easier to have someone listen in a half-assed way and allow us to go about our business.

10. Since lists of 10 are always advisable, you may fill this one in by yourself. If you can't think of anything, repeat #9.