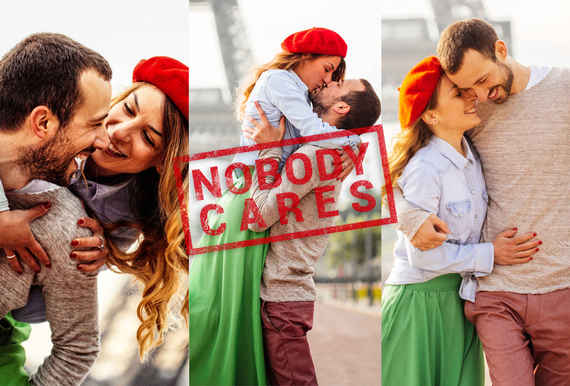 Facebook has a funny way of turning even the most tolerable humans into oversharing, overbearing agents of off-the-charts annoyance. Maybe that's just the nature of social networking... or maybe Justin Timberlake is to blame? (I'll re-watch The Social Network, and circle back...)

At any rate, there are some serious Internet etiquette faux pas that are unacceptable after you become a "real" fully functional adult (with rent, LinkedIn, and at least one failed career and/or long-term relationship). The first step on your path to digital enlightenment is acknowledging the problem areas, and nixing them from your newsfeed. You want to be taken seriously -- it's the only way you'll ever get a bank loan.

Welcome to the Internet in the 21st century: where teenagers pretend to be 30-year-olds, and 30-year-olds act like teenagers. Let's change that, OK?

More: 11 Amazing People Who Had Accomplished Nothing by Age 30 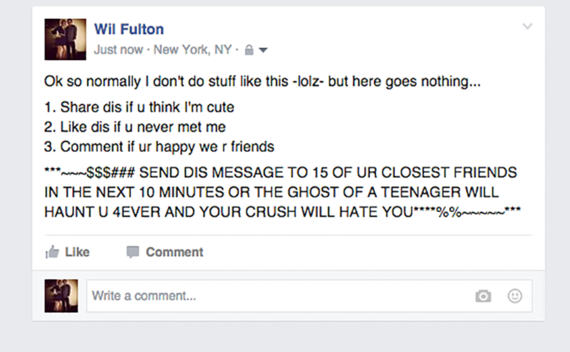 Posting "chain" statuses
The limping ancestors of those chain-mail messages your mom used to send around on her AOL account, these are the scourge of teeny-bopping Facebookers the world over, and bringing them to an adult level makes the act even more egregious. If you think you can change fate with a Facebook status, I know a prince in Nigeria that might like to speak with you about your finances...

Being an annoyingly over-enthusiastic, semi-delusional sports fan
The whole reason televisions come with mute buttons is so we don't have to listen to sports commentators. And those guys are professionals. Your weekly soliloquy on how and why Eli Manning is a "nancy boy" gives me some insight as to why your career as an ESPN anchor never panned out, or got started in the first place.

Obsessively posting about babies, weddings, and/or engagements
Facebook is designed to help us celebrate and share our lives, but not to the extent that you alienate everyone else on the planet with the uncomfortable glow of your personal success. Oh my God, I'm so happy your life is so much better than mine. Did you know more than half of weddings result in divorce, and 75% of kids turn out to be jerks? 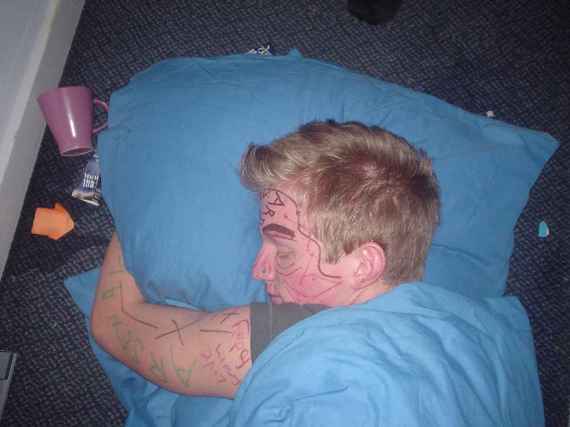 ... and then apologizing for it the next day
If you do post something embarrassing after a night of tying one on, it's even worse to try and atone for your sins publicly when the sun comes up. "Guys, I'm sorry for everyone I may have groped and/or offended last night, I hardly ever drink pinot noir. Also is anyone missing an off-white male alpaca?... Asking for a friend." Just delete last night's stupidity, stupid!

Sending multiple invites to your art show/improv show/band's gig
It's great that you are pursuing your passions and still have some creative drive this late in life. But look, I don't even say "hi" to you when we see each other in the elevator, I'm not going to your improv show that's 50 miles away. Oh, wait, you sent me THREE invites? In that case... 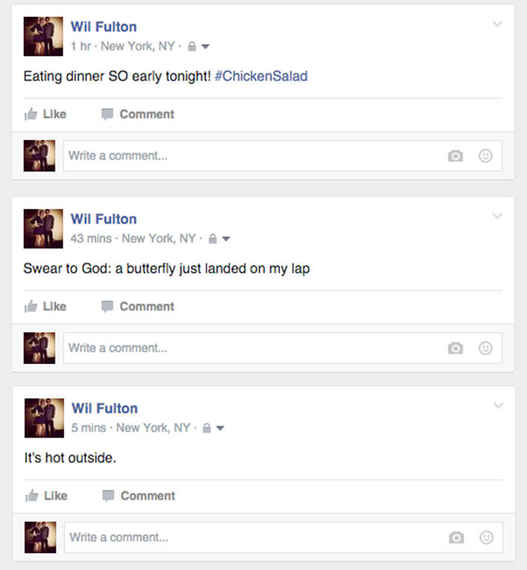 Treating your profile like your personal blog
Your Facebook status is not a personal blog. It's not a diary. No one cares about what you had for dinner, what the temperature is, or how much your nephew loved Monsters Inc. 2 (which, honestly, was vastly inferior to the original -- there I said it). Just go get a Wordpress. No one will read it, but at least you'll have your dignity.

Friending people you don't actually know
Let's get something straight. Adult-Facebook isn't a gateway to meet new and exciting people; it's a means to stay in touch with people you never really cared about in the first place. Do you really need the comfort of having 2,000 friends if only 12% would actually recognize you in person? Would you walk up to a stranger in the grocery store, show them 30 pictures of yourself, tell them where you live and everything you like, and then demand they do the same? It just isn't done.

Or interacting with people you have no business interacting with
When your high school history teacher sends you a friend request, you kind of feel obliged to accept. When she starts commenting on all of your photos and picking fights with your friends in the comments section, it's time to reevaluate your personal friend-accepting policies. No joke: my brother's ex-girlfriend's brother's friend will like and comment on my statuses all the time. We met once. It's as weird as it sounds. 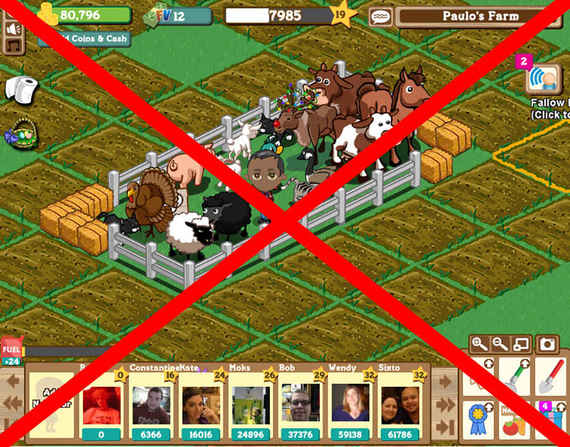 Sending out a million invites to Farmville
I DON'T WANT TO HELP YOU GET ANY RADISHES FOR YOUR FARM THAT'S NOT EVEN REAL. All you Candy Crush jerks are no better.

Bragging excessively
We all know by now that a life viewed through the Facebook lens is, on average, 5x crappier than it appears. But even still, there's a line that shouldn't be crossed. This includes more than one #gymselfie a week, 40+ photos of your three-day vacation, and any pictures of your (probably crappy anyway) car.

Bragging humbly
Examples: "Okay, so I don't mean to name-drop, but Miley Cyrus is easily one of the most down-to-earth celebs I've ever partied with." "I swear owning a Porsche isn't even worth it sometimes! Cops just keep pulling me over!"

To find out what other things you absolutely shouldn't be doing on Facebook, get the full story at Thrillist.com!

11 People You Aren't Tipping, But Should Be