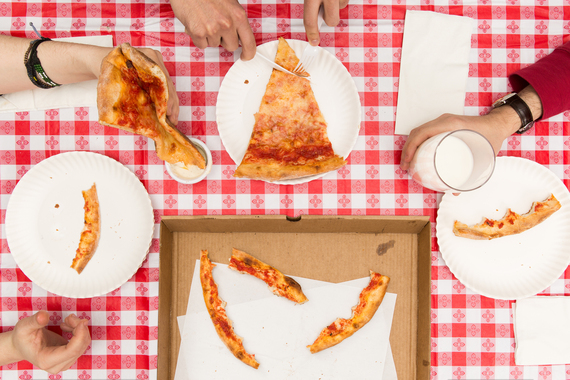 Legendary Iron Chef Morimoto once personally confided to me, "For food, the only rule, is no rules." He clearly never witnessed the warped ways our society messes up the simple act of noshing pizza (also, let me pick up that name I dropped back there, sorry). In my opinion, gastro-etiquette is the bedrock that holds society together, so I urge you, if you consider yourself an adult, anyway, to abide by these 21 pizza-eating rules. Forgive me for disagreeing with you, Chef. 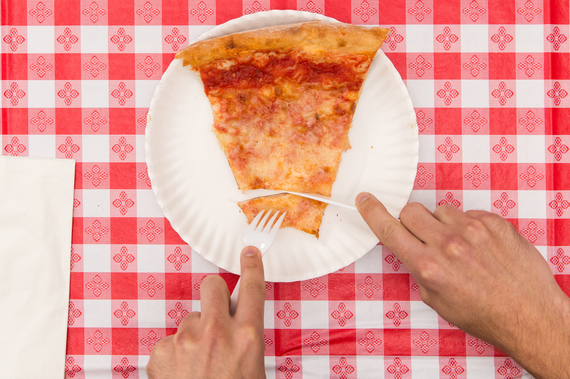 Cut the slice with a fork and knife
Commit this cardinal pizza-eating sin and slight against the Italian-American gods and you'll be required to recite at least four Frank Sinatra songs and watch Goodfellas twice before receiving reconciliation. It's even worse than using cutlery with your Snickers (sorry Seinfeld). Prime offender: NYC Mayor Bill de Blasio. Rudy Giuliani might not have a soul, but at least he knew how to eat a slice like a New Yorker.

Complain when people fold it
The standard New York/New Jersey method of folding your slice before you shove it between your gums has some (admittedly well-spoken) detractors. But the tri-state area is a pizza mecca, and as such the only right way to eat your pizza is like a sweaty Italian in a wife beater on a Brooklyn stoop. Testa di cazzo!

Eat chain or frozen pizza if other options are available
Speaking of Italians, unless you are in a marinara wasteland, void of any Famous Ray's, Little Johnny's, Fat Tony's, Uncle Luigi's, and all other generic-but-equally-mom-and-pop pizza shops, please don't resort to ordering from a big pizza chain or firing up your nuke-machine. It's almost never as good. Exception to the rule: it's 3am and you can't leave the house because you are really, really sto... um, tired. 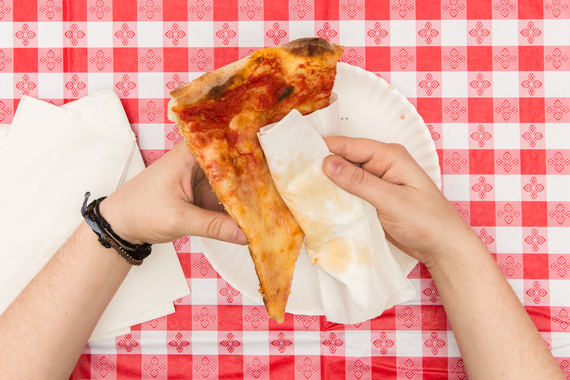 Soak up the grease with a napkin
If you have any semblance of man/womanhood, you won't dab your grease. You ordered a pizza, dude, not a wedge salad. You knew you were going all in. And... if you must, must, must get some of the grease off, prop your pizza up on one side, and let the excess grease drain out into the box. It's like an Aztec aqueduct, but with way more calories and a lot more awkward looks from the waitstaff.

Put pineapple on top
There should be no fruit on top of pizza. Unless that fruit is a tomato or pepper, because no one considers peppers or tomatoes fruit except for Wikipedia. And farmers, I guess. "Well, what about Hawaiian pizza, you jerk?" you ask? Well, interesting specialty pizzas have their place on counter displays... but ultimately they're kind of irrelevant novelties, like the Full House reboot or Bernie Sanders (prove me wrong kids, prove me wrong).

Not tip the delivery guy at least $4, maybe $3
I was a delivery boy. You get all greasy, people yell at you, you have to do simple math in your head, and mainstream pornography vastly overestimates the amount of random sex acts that occur on the job. Give a little love to the little guys out there, or they might lick your crust next time... and that's not a euphemism. 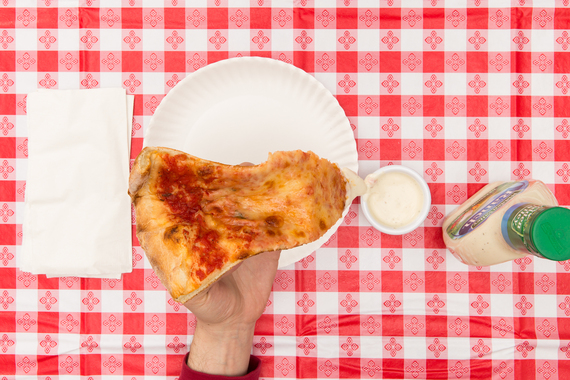 Dip the slice in ranch dressing
Listen, ranch tastes good on everything. You know it, I know it. You could put ranch dressing on Steve Harvey's head and half the people in his studio audience would have no problem licking it all off, and the other half probably just ate. We, as a society, need to demonstrate condiment self-control. Ranch on pizza is just too much. You might as well wrap your slice around a stick of butter and book an appointment with your local heart surgeon. The same goes for hot sauce, Sriracha, applesauce, maple syrup, Funfetti dip (all things I've seen people dip pizza in), and anything else that doesn't already come on pizza.

Shake the pepper, garlic, or Parmesan cheese more than three times
As my grandpa once told me over a urinal cake, "If you shake it more than three times, you are just playing with it." A similar concept applies here. If you cover your pizza with more than three tips of a pungent tableside accoutrement, you mask all the delicious flavor that makes pizza noble and holy in the first place.

Eat stuffed crust of any kind
Do you really need hot dogs, chili cheese, and peanut M&M's jammed inside your pizza's butt? Forget booking an appointment with your heart surgeon, you should probably hit up the funeral parlor. 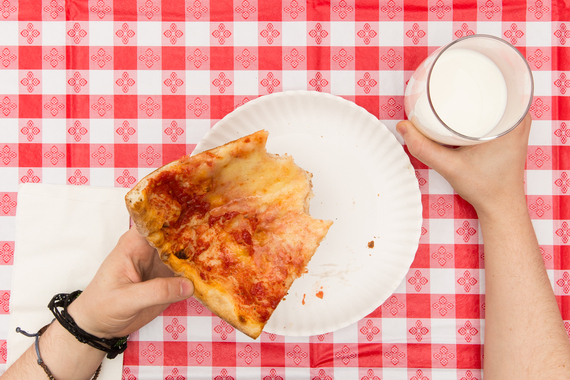 Drink milk with a slice
This is only acceptable if you are 7, or had your tongue scraped clean by an industrial sander (it's gross... that's what I'm trying to say).

To find out what other things you absolutely shouldn't be doing to your pizza, get the full story at Thrillist.com!

Do We Really Need to Convince You to Make These Pizza-Themed Recipes?