If you’ve ever suffered from severe anxiety, you’re probably overly familiar with the control it can have over your life. And you’re not alone -- it affects approximately 40 million adult Americans per year.

Anxiety and panic disorders can cause ceaseless feelings of fear and uncertainty -- and with that suffering often comes comments that are more hurtful than helpful. According to Scott Bea, clinical psychologist and assistant professor of medicine at the Cleveland Clinic, while it usually comes from a heartfelt place, a lack of understanding from others can make working through a panic attack incredibly challenging.

“So many of the things you might say end up having a paradoxical effect and make the anxiety worse,” Bea tells The Huffington Post. “Anxiety can be like quicksand -- the more you do to try to defuse the situation immediately, the deeper you sink. By telling people things like ‘stay calm,’ they can actually increase their sense of panic.”

Despite everything, there are ways to still be supportive without causing more distress. Here are seven comments you should avoid saying to someone who suffers from an anxiety disorder -- and how you can really help them instead. 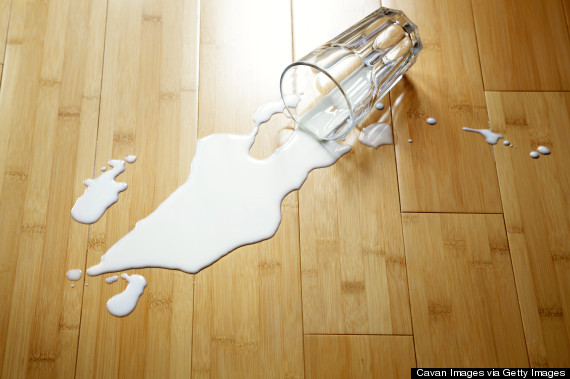 The truth is, what you consider small may not be so minute in someone else’s world. While you may be trying to cast a positive, upbeat light on a tense situation, you may be diminishing something that’s a much bigger deal to another person.

“You have to enter the person’s belief system,” Bea advises. “For [someone with anxiety], everything is big stuff.” In order to help instead, try approaching them from a point of encouragement rather than implying that they “buck up” over something little. Reminding them that they overcame this panic before can help validate that their pain is real and help them push beyond those overwhelming feelings, Bea says. 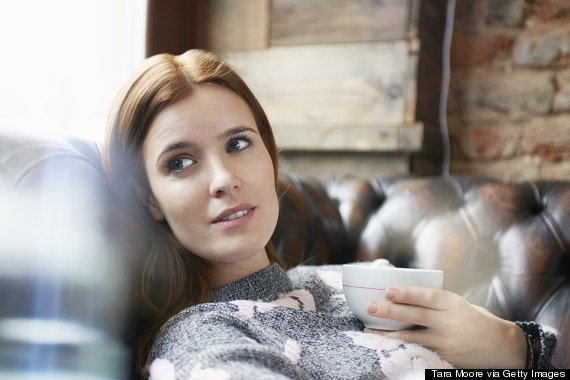 The debilitating problem with anxiety and panic disorders is that you simply can’t calm down. Finding the ability to relax -- particularly on command -- isn’t easy for most people, and it certainly can be more difficult for someone suffering from anxiety.

In a blog post on Psychology Today, psychologist Shawn Smith wrote an open letter to a loved one from the viewpoint of someone with anxiety, stating that even though there may be good intentions behind it, telling someone to calm down will most likely have the opposite effect:

Let’s acknowledge the obvious: if I could stop my anxiety, I would have done so by now. That may be difficult to understand since it probably looks like I choose to [panic, scrub, hoard, pace, hide, ruminate, check, clean, etc]. I don’t. In my world, doing those things is only slightly less excruciating than not doing them. It’s a difficult thing to explain, but anxiety places a person in that position.

According to Keith Humphreys, a professor of psychiatry at Stanford University, your words don’t have to be your most powerful method -- offering to do something with them may be the best way to help alleviate their symptoms. Humphreys says activities like meditation, going for a walk or working out are all positive ways to help.

3. “Just do it.”
When someone with anxiety is facing their fear, a little “tough love” may not have the effect you’re hoping for. Depending on the type of phobia or disorder someone is dealing with, panic can strike at anytime -- whether it’s having to board an airplane, speaking with a group of people or even just occurring out of nowhere. “Obviously if they could overcome this they would because it would be more pleasant,” Humphreys says. “No one chooses to have anxiety. Using [these phrases] makes them feel defensive and unsupported.”

Instead of telling someone to “suck it up,” practicing empathy is key. Humphreys advises swapping pep-talk language for phrases like “that’s a terrible way to feel” or “I’m sorry you feel that way.”

“The paradox is, [an empathetic phrase] helps them calm down because they don’t feel like they have to fight for their anxiety,” Humphreys said. “It shows some understanding.”

Bea suggests remaining encouraging, without using blanket statements that may not offer value to the situation. Sometimes, he says, even allowing them to embrace their worry -- instead of trying to banish it -- can be the only way to help. “They can always accept the condition,” Bea said. “Encouraging them that it’s okay to feel what they’re feeling -- that can be a pretty good fix as well.” 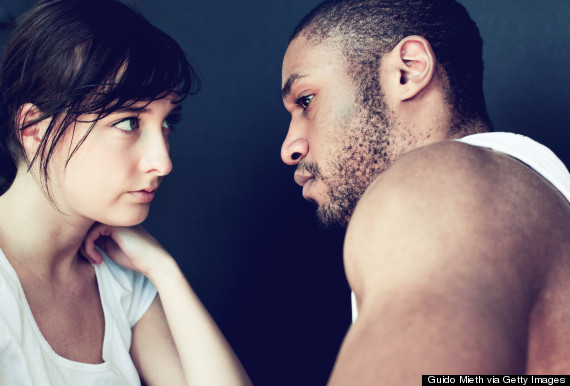 Similar to “calm down” and “don’t sweat the small stuff,” you may be accidentally trivializing someone’s struggle by creating a comparison. However, if you are stressed or suffering from a mild anxiety or panic disorder, Humphreys warns that camaraderie after a certain point can get dangerous. “It’s important not to obsess with each other,” Humphreys advises. “If you have two people who are anxious, they may feed off each other. If people have trouble controlling their own anxiety, try not to engage in that activity even if you think it might help.”

Research has shown that stress is a contagious emotion, and a recent study out of the University of California San Francisco found that even babies can catch those negative feelings from their mothers. In order to promote healthier thoughts, Humphreys advises attempting to refocus the narrative instead of commiserating together. 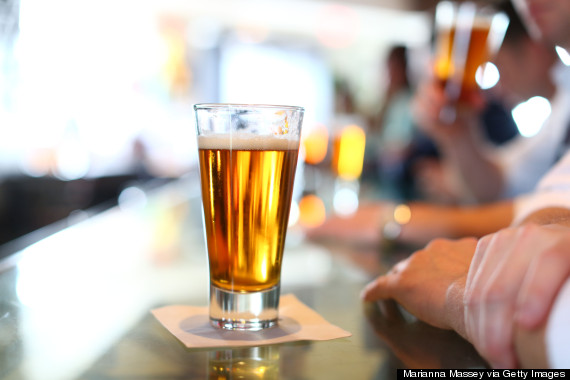 That cocktail may take the edge off, but when dealing with anxiety disorders there is a greater problem to worry about, Humphreys says. Doctors and prescribed treatments are more of the answer when it comes to dealing with the troubles that cause the panic. “Most people assume that if someone has a few drinks, that will take their anxiety away,” he said. “In the short term, yes perhaps it will, but in the long term it can be a gateway for addiction. It’s dangerous in the long term because those substances can be reinforcing the anxiety.”

7. “Did I do something wrong?”
It can be difficult when a loved one is constantly suffering and at times it can even feel like your actions are somehow setting them off. Humphreys says it’s important to remember that panic and anxiety disorders stem from something larger than just one particular or minor instance. “Accept that you cannot control another person’s emotions,” he explains. “If you try to [control their emotions], you will feel frustrated, your loved one suffering may feel rejected and you’ll resent each other. It’s important not to take their anxiety personally.”

Humphreys says it’s also crucial to let your loved ones know that there is a way to overcoming any anxiety or panic disorder -- and that you’re there to be supportive. “There are ways out to become happier and more functional,” he says. “There is absolutely a reason to have hope.”

Did we miss any? What’s one thing you shouldn’t say to someone suffering from anxiety? Share it with us in the comments below.