This story is part of our monthlong “Work Well” initiative, which focuses on thriving in the workplace. You can find more stories from this project here.

Let's not mince words: The practice of good communication at work is as hard as it is rare.

In a time when there are so many ways to be in touch -- there's phone, email, text messaging, Slack, Gchat and talking IRL, to name a few -- speaking effectively with your boss can be complicated work. And as difficult as it is to perfect, good communication is one of the key elements to your productivity, your happiness and the chance that you get the raise you want and need.

The first step: "You can ask your boss what their biggest pet peeves are and if there's anything you do in your communication that he or she wish you didn't," Lindsey Pollack, a millennial workplace expert and author of Becoming the Boss: New Rules for the Next Generation of Leaders, told The Huffington Post.

Your bosses want you to be a good communicator. According to a 2014 national survey conducted by Millennial Branding, 83 percent of employers look for good communication skills in new hires. Of course, that's not all on the subordinates. "It’s very smart for a manager to clarify their communication style for any one who reports to them," Pollack said.

It's equally important to nix trigger words and phrases that probably won't get you what you want or help articulate what you really mean. While this article provides some specific don'ts, there is a caveat: "It’s important to realize that not all bosses are created equal," said organizational psychologist and executive coach Michael Woodward. "Not are equally trained or equipped to be a good boss. It’s important to understand your boss and what their triggers are."

As Pollack put it, individual style trumps these catchall rules, so take the list below with a grain of salt. Here are things you should generally avoid saying to your boss:

Even if it's not, you don't need to say so. This isn't conducive to solving a problem and "you want to be solution focused and positively focused," Woodward said. Instead of defending yourself or putting blame elsewhere, offer some options for fixing the problem.

No. Nope. When asking for a raise, you'd be wise to put things in the context of your boss and the company, Pollack said. Talking about why you deserve a raise or promotion should not be about the "I," she said, but instead how you have added value to the company or saved it costs. "It doesn't mean you're not advocating for yourself, it just means that when communicating your needs to your boss, it can't be about you."

Intuition is cool and all, but it's not guaranteed to be right. "Never go to your boss with a feeling that you can't back up with data," Woodward said. Your boss may very well care about your beliefs or your first instincts, but to ensure your senses are properly working, do some research before spilling your guts.

This remark may sound like laziness and resistance to your boss, an unwillingness to think. What has been tried before may not have been tried the right way. "Circumstances are always changing," Woodward said. You may have tried a particular technique with the wrong resources or the wrong people. Instead of saying something has been done, you can say you've tried something similar, and ask how to adjust it to get a different result. That's what you should be asking yourself. Then provide your boss with those answers.

Your job is to support your boss. Telling them something isn't under your job description isn't just annoying, but it's counterproductive. "The connotations are very negative," Pollak said. This doesn't mean you should personally take on every task your managers ask of you. Find ways to delegate and offer solutions and resources (example: Mention that Karen is a whiz at Excel and might be better for a specific part of the project). "You have to think about it from your boss' perspective," Pollack said. Think about what will get the task done quickly and effectively, rather than putting up a roadblock that makes your boss' life harder.

PHOTO GALLERY
7 Ways To De-Stress In A Minute Or Less
Download
Calling all HuffPost superfans!
Sign up for membership to become a founding member and help shape HuffPost's next chapter
Join HuffPost 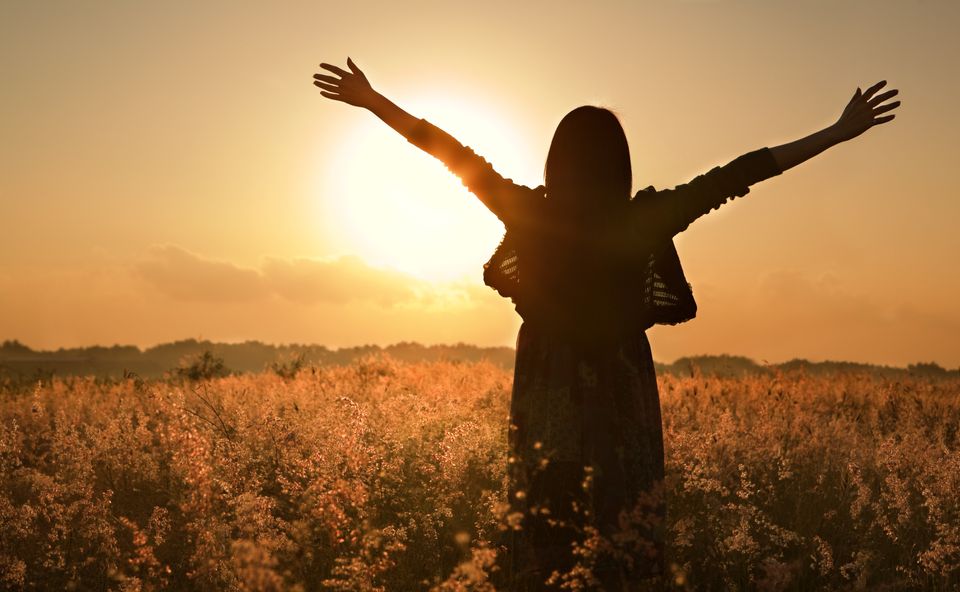 1 / 7
1. Take A Deep Breath
Breathing exercises aren't just for seasoned yogis and practiced meditators; they can work for anyone. Taking a deep breath is a simple, effective way to calm your mind and give you perspective. Plus, deep breathing can release endorphins in your body, which will up your sense of well-being and make you feel more at ease, <a href="http://www.livestrong.com/article/92264-benefits-deep-breathing/">according to Livestrong</a>.
Shutterstock