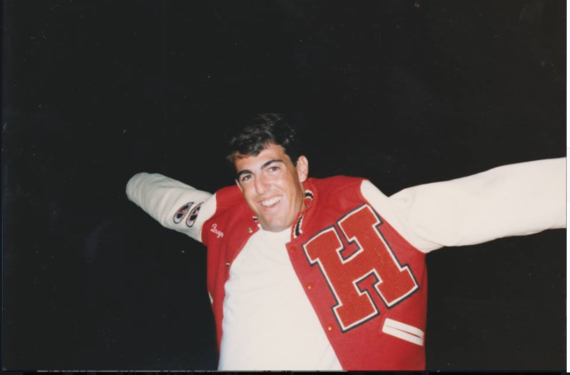 I'll admit it, I was blessed to go to one of those super-posh, elite boys' schools where someone with gray hair stands up in chapel and says "Gentlemen, someday you will rule the world." Or something like that. I couldn't entirely hear him over my handheld electronic football game. And mumbled recitations of the Shema.

But some people clearly took it seriously. Just in my time there, we had the guy who runs ABC, the Mayor of Los Angeles, the creator of Mad Men. We only had 129 boys in our graduating class and one has already had a studio movie made about his life story. And he wasn't even a serial killer. Did I mention, I went to school in Los Angeles not Central Florida? Though in Central Florida's defense, there was one movie about a murderer from my school. But it starred Judd Nelson, so all in all, we've had a pretty decent homicidal maniac-free run.

Our class slogan was "Greatness!' Yes, we had a class slogan. I always thought it should be "Where Smart Boys Go to Feel Stupid." But I can also see where theirs is slightly more aspirational. That said, even I left there with the wholly unearned cockiness of youth, convinced that the adult world would naturally bow before us. The following are some observations of what my adulthood to this point has actually been like. It's the things they didn't teach us (and we may never have left high school if they had.)

You will fail at life. Often. Often spectacularly. Sometimes even in Deadline Hollywood with a photo so unflattering you'd think the story was about exotic chin-removing techniques.

You will work hard, try your best, and sometimes still get fired. Occasionally, by friends. Sometimes for not having been on Friends. But you will have a Zen approach to being fired and never think about it again. I'm sorry. I meant to say, you will think about it all the time, dream about it more, and even momentarily consider purchasing an online voodoo doll-making kit from the set decorator of Gilligan's Island.

Someday, you will start going to more funerals than weddings. This is not long after you'd gotten used to the idea that you were going to more weddings than Taco Tuesdays.

You will always think you are the same age as the cutest girl at Starbucks. At least until she says, "Excuse me, Sir, I think you dropped your banana."

You will remember the names of every peripheral character from every Brady Bunch episode and all the '75 Cincinnati Reds, but have no recollection of the name of the person you met with half an hour ago.

You may reach a point where you are more concerned with finding your voice or protecting your legacy than making money. While still being acutely aware that neither voice nor legacy pay for juice boxes or a condo in Tarzana.

There is no moment where you definitively feel "I've made it!"

There is no moment where you definitively feel "I'm a grown up." In fact, no matter how old your kids get, you're still always secretly wondering when the real grown ups are going to get there. If not to take over, at least to drop off the handbook.

You can have almost no friends in grade school and 25,000 Twitter followers now and both feel roughly the same.

Unless you graduated from Trump University, nobody cares where you went to college. Believe me, I try to wedge Brown into sentences that have nothing to do with Brown. Like that. See, you didn't care.

Along similar lines, you may find yourself trapped in your own wet suit in a public beach bathroom. You may also momentarily consider blowing a drifter to get you out of said wet suit. The first time. The second time is more common beach courtesy. Right? That's what he told me.

Your real soulmate will never be who you thought it was going to be.

But unlike all romantic comedies and Nicholas Sparks books, the success of your marriage is less a function of how cute you met or the intensity of your passion. And way more a function of whether you remembered to go to Trader Joe's or unload the dishwasher. 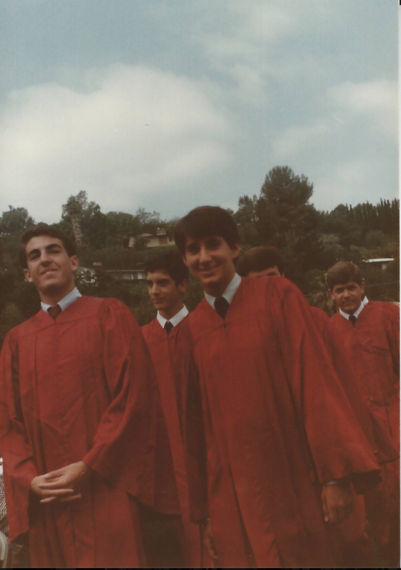 Your back may someday be so tight you sleep on a heating pad and a gallon of Ben-Gay. And no, you didn't suffer a ski accident. Or even a pickle-jar opening mishap.

You'll learn that how people present themselves to the world or on social media isn't always how they feel inside. Often it's the polar opposite. You may learn that, too.

Your professional life may feel like high school. But not in the sense that hard work equals good grades equals selective college of your choice. No, more in the cool, popular crowd still gets rewarded for being cool and popular and having nice hair. And for living in the Palisades and vacationing with development execs.

Similarly, people who never opened a book in high school will make exponentially more money than you will. Never underestimate the words "family real estate."

You may, at some point, suffer from depression, severe depression or Pennant Fever. As important as the names Martha Quinn and Kajagoogoo were in your teen years, the names Lexapro and Xanax will be in your forties.

You'll romanticize literally everything that happened before you were 30.

You'll stop eating because you're hungry but to blunt the pain of general existence. Or because Baby Ruths make you feel better than carrots.

You'll need to learn to talk to girls. Not just at them or about them.

You will reach an age where you think women in their fifties are "cute."

And an age where your body will suddenly fail you in ways that didn't existed. Like gallstones. And liver failure. And skin so yellow that people think you're Ned Flanders' stunt double.

You'll eventually realize that your babies are only babies for an incredibly short time. And that most of the time you know them will be as fellow adults.

Some days breaking a half hour sitcom story feels like forever. And everything else literally just flies by.

You'll fail more than you succeed. And bouncing back from failure will sneakily be your greatest success.

You may knowingly experience pain because it's better to feel the panoply of human emotions than it is to band-aid over them with bong hits and Peanut M & M's.

And with any luck, you may someday reach a point where you don't give a shit what anyone thinks about. You'll present yourself to the world as you honestly are without trying to put up a facade of success or well-being. And you'll be okay with that. That, I think, is where true freedom lies. And I can't wait to get there.