Throwing bottles at performers while they're onstage is neither cool nor original. In fact, "bottling," as it's called, happens so frequently -- to everyone from Justin Bieber to Meat Loaf -- that there's a whole (extensive) Wikipedia page dedicated to the practice.

It's when people start to throw other objects on stage that things get interesting. Here's a look at some of the most inappropriate, odd and downright confusing things that have been hurled at performers while they were just trying to do their thing up on stage.

Reaction Awesomeness Level: 1/10
After seeing the coin fall to the stage (it didn't even hit him) while performing in Dublin, West stopped his show, saying "I ain't trying to make no excuses but, some motherf--ker threw a f--in' coin up here and it like threw me all the way off. Don't throw no hard shit up here while I'm performing, seriously. You f--ked it up for everybody. I was having a perfect show, flawless victory."

Weirdness Level: 2/10
It was Woodstock in 1994. Mud-slinging should have been expected.

Reaction Awesomeness Level: 8/10
Green Day seriously embraced the mucky situation. Frontman Billie Joe Armstrong opened his arms to the onslaught and then threw it back, turning the performance into an all out (and pretty awesome) war.

Weirdness Level: 3/10
Eggs aren't super original, but maybe this is where he got the inspiration to (allegedly) egg his neighbor's house?

Reaction Awesomeness Level: 5/10
Bieber did a pretty good job of dancing right through the yolky rain during this 2011 show in Sydney. He finished out the concert without any dramatics after a quick clean up.

Weirdness Level: 5/10
Throwing a tomato onstage is basically the most slapstick thing ever, but props to whomever managed to smuggle the fruit into a crowded venue and keep it intact until throwing it. Fiasco was nailed mid-song while performing in Salt Lake City in 2013.

Reaction Awesomeness Level: 0/10
Lupe managed to finish his song without missing a beat after being hit. Unfortunately, he later called the woman who threw the tomato a "fat, white b-tch," so he loses all points for that.

Weirdness Level: 7/10
Preteen girls have a lot of ways of showing their affection, but the "gift" that Styles received while performing in Nottingham in 2012 was just plain unexpected. Fortunately, the tampons were clean and still in wrappers.

Reaction Awesomeness Level: 4/10
Styles was a little dazed and confused by the gesture of admiration, but pulled himself together with minimal reaction.

Weirdness Level: 7/10
While panty-flinging in and of itself isn't particularly outrageous, it's pretty unexpected for them to be thrown at a 70-year-old crooner, as they were during Jones' 2011 Nashville show.

Reaction: 10/10
Lambert doesn't stop his rocking for even a second after being hit by the nasty thing. Then, he perfectly kicked it back into the crowded abyss from whence it came. 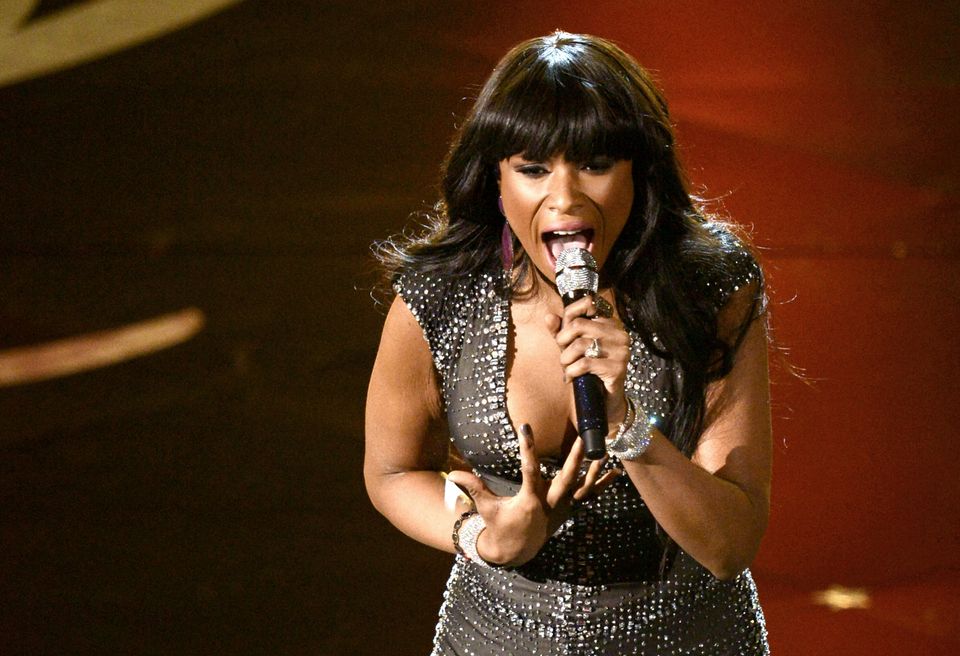 1 / 22
Jennifer Hudson
From "American Idol" castoff to Oscar-winning actress, Jennifer Hudson has proven her powerful command in both acting and singing. And with the <a href="https://www.huffpost.com/entry/jennifer-hudson-weight-loss-redbook_n_2092783" target="_blank">addition of weight loss guru</a> to her title, there seems to be nothing this woman can't conquer.
Getty Images