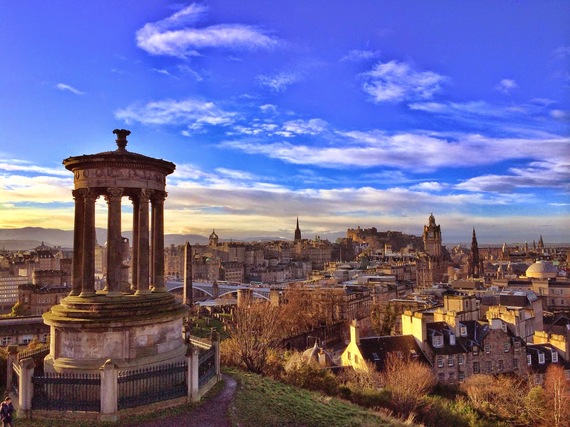 I often travel to Edinburgh on the train from my home in Northeast Scotland.

The anticipation of the first glimpse of the city builds as I walk up the ramp that leaves the station and spills out onto Waverley Bridge. I stop on the bridge to take it in: the castle on the hill to the left, the Sir Walter Scott monument on the right and Princes Street gardens spread like a quilt between the two.

I usually turn left out of the station head straight for the Royal Mile. 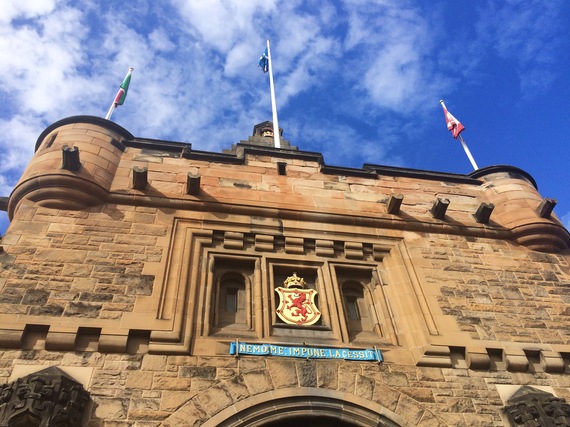 I once toured Edinburgh with an archeologist who explained that the distinctive Royal Mile was created during an ancient ice age by glaciers that cut around what was once an active volcano.

Now when I peer out from the castle walls to the gardens below, I imagine what it looked like before all the streets and towers were built, a rising hill from which a thin slope emerged, carved by nature. Once upon a time, some warriors built a castle on this hill. They put walls around the dormant volcano and defended their keep, and over time a grand city arose around it.

Here are a few ways to spend some time in this grand city.

Things To Do In Edinburgh, Scotland 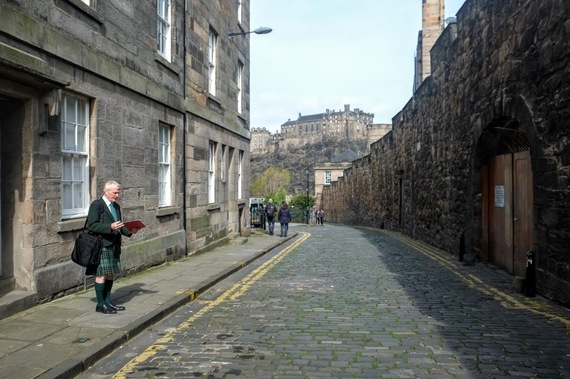 Go on a historical walking tour.

A walking tour in Edinburgh is a must as so much of the city's history is in its streets, hidden in alleyways and market squares. There are loads of tour companies and last minute street tours you can join. I love Context Travel tours because they are super small and lead by professors. 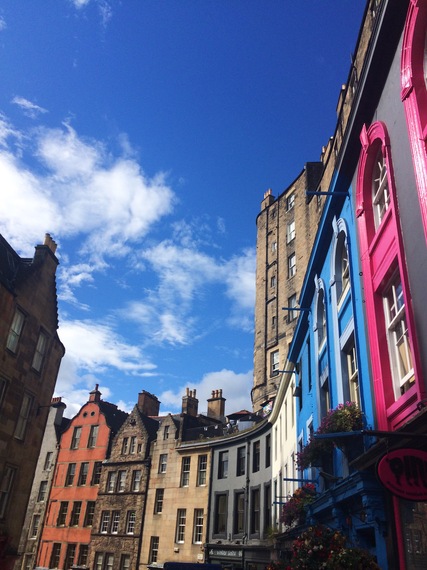 Wander through the shops on Victoria Street.

The collection of restaurants and shops in this colorful bend in the road is one of the hippest corners of the city. The Red Door Gallery is a great spot to grab some local souvenir artwork or take home a Harris tweed bowtie from Walker Slater. 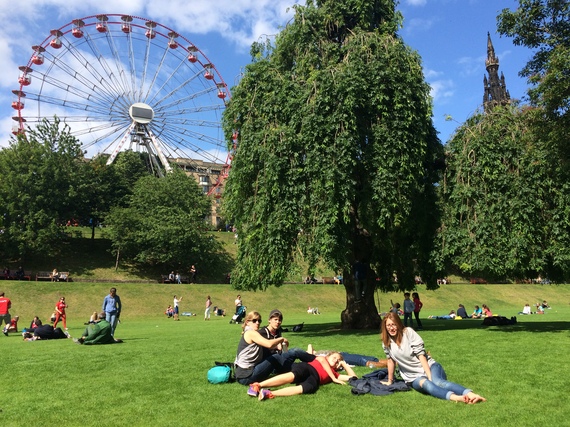 If you're lucky enough to have sunshine in Edinburgh, you have to spend at least one afternoon spread out in these gardens that are in the shadow of the castle. I buy bread, cheese, fruit and wine at the Marks and Spencer Food Hall to share with friends in the park. 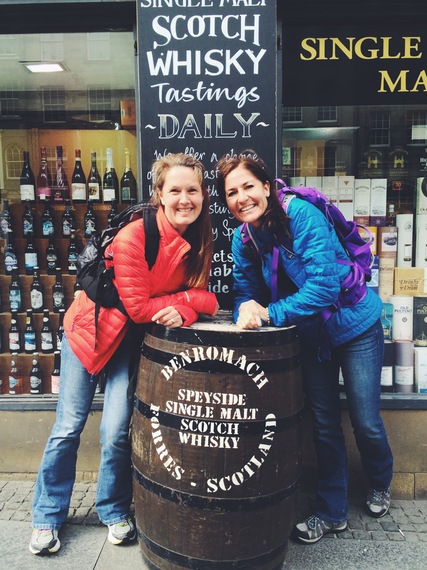 Get your whisky on.

Right on the Royal Mile is a spot I try to pop into whenever I'm in Edinburgh. It is a bar called Whiski. They have live music (often Scottish folk) every night. With over 500 whiskys, they are sure to stock your favorite single malt, but they also offer tastings or "whisky flights" if you're new to Scotch whisky. 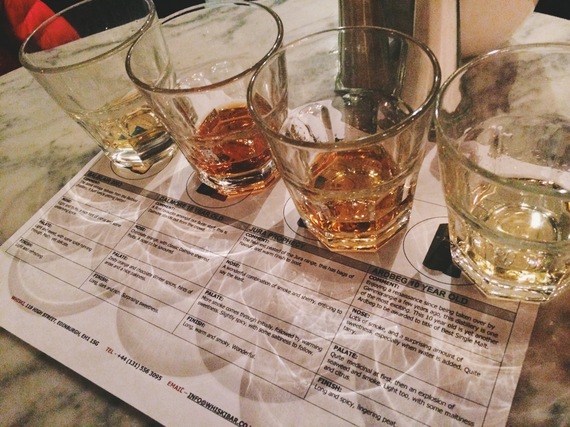 I especially like the flights that highlight the different regions so you can taste the difference between an island malt (peaty/smoky) or a Speyside (usually more smooth). 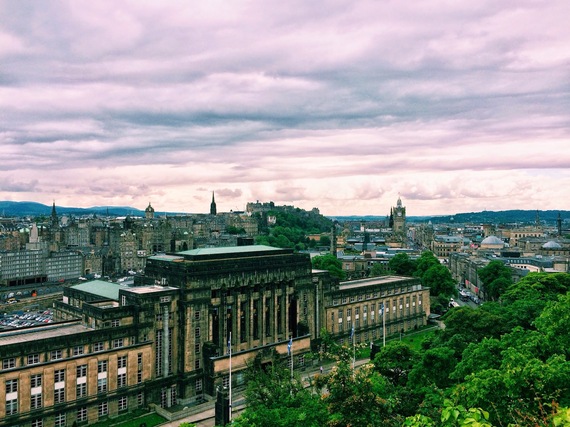 Climb a hill for a view of the city.

If you're feeling energetic, head to the top of Arthur's Seat for the best views of the city. The walk starts at the bottom of the Royal Mile in Holyrood Park, past the Palace of Holyroodhouse. A smaller hill to climb that also has a great view of the city is Calton Hill. It's on the opposite side of town from the Royal Mile. 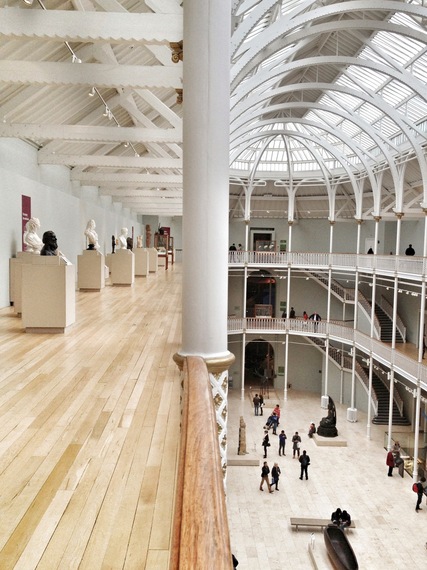 Go to a museum.

There are several great art museums in Edinburgh. My favorite is the Scottish National Gallery in Princes Street Gardens. Bonus: Admission is free. It boasts an impressive collection of both Italian and Dutch masters and of course, famous Scottish artists. Look for William McTaggart's gorgeous landscape paintings of Scotland's dreamy west coast. Also free to visit, the National Museum of Scotland is worth a wander just to view the building. It is usually my rainy day back-up plan to any outdoor activities because it is massive. Even though I have been several times, I still haven't seen it all. 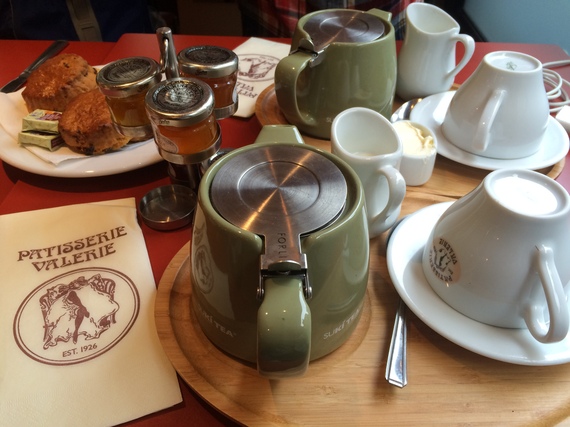 There are loads of great tea rooms in Edinburgh, which make it easy to stop multiple times for tea on a rainy day. Valerie Patisserie is our family favorite. Some of the loveliest tea rooms are inside the museums where you can pop in for a slice of cake and some tea to revive you after wandering the exhibits.

Every guidebook to Edinburgh will include touring both Edinburgh Castle and the Palace of Holyroodhouse. These are both great places to visit, but I've omitted them because they are already well covered. If you only have one day in the city, you might view these buildings from the outside in favor of a few other choices, especially during the high summer season as they can be very crowded. 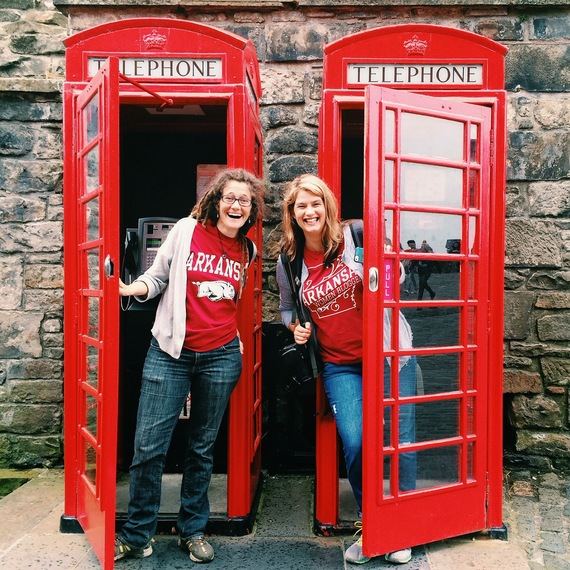 Whatever you do in Edinburgh, you are sure to fall in love and want to come back again and again to see the hilltop fort and spires rising up around you.