There's a lot of controversy lately about us girls who travel. Some people tell you to date us, while others warn you away. I'm not going to do either -- it's your choice whether you want to date a girl who travels or not. But what you can't always choose is whether or not you fall in love with her. That, my friend, is a risk you can't prevent. Before you fall for the girl with the wind-blown hair, sun-kissed skin, and sparkling eyes, however, there are a few things you should know about her. 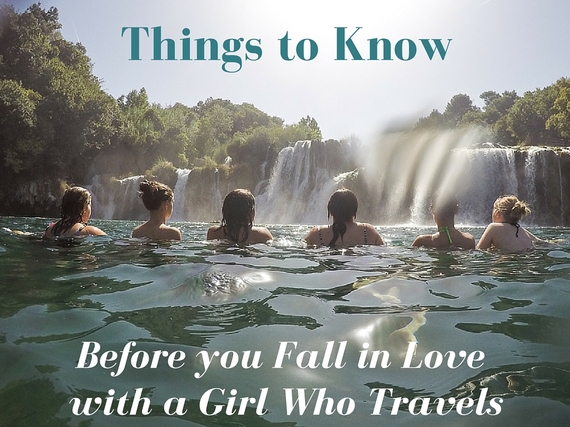 She knows she's intimidating, but she doesn't mean to be.

Traveling is her passion, and she's gotten good at it, which means she's confident and independent as f**k. And guess what? She's really proud of it. No, she doesn't need you or any other man, and experience has shown her that, for most guys, that's a huge turn-off. But no matter how lonely she gets, she won't change that about herself, because she loves who she is and is really proud of what she has done. She'd much rather be the hero than the princess, and she wants to be respected for that.

She doesn't care if you are afraid of heights and she bungee-jumped from the tallest tower in the world, or if she's been backpacking for months and you are only on a two-week trip. She just wants someone to share her stories with. So ask her about them, praise her for her achievements, and share your own adventures. She loves hearing travel tales as much as she loves telling them. 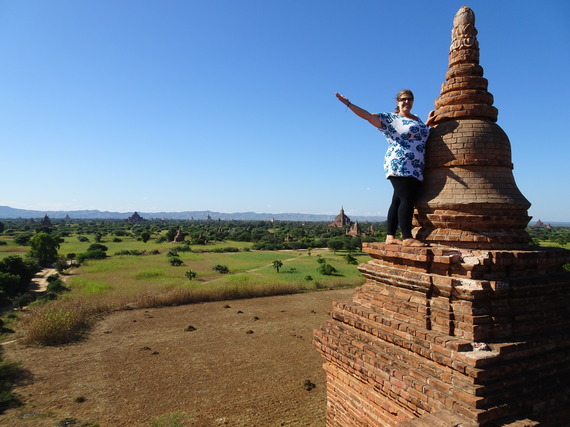 She doesn't expect you to climb out on the ledge. Just offer to take her picture when she does.

She doesn't want you to give her the world -- she just wants you to see it the way she does.

A girl who travels doesn't want flowers, chocolates, or expensive jewelry. She doesn't care about your fancy car, your big house, or the size of your bank account. She knows that in the dating game, this makes her a little weird and maybe even crazy, but she's accepted that. So, leave money out of the conversation. It will just make her uncomfortable. After all, she probably has nothing but a near-empty bank account and the determination to make whatever's in it last as long as possible. Want to impress her? Give her the inside tips about a cheap hostel, a great place to get street food, or a cool, free thing to do. Not only will she appreciate the advice, but she will also appreciate that you understand what she values. 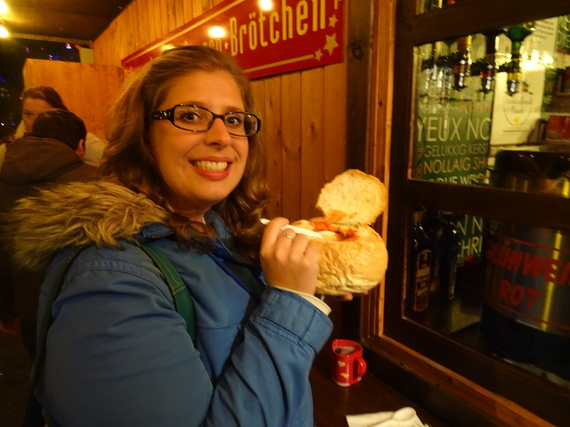 She doesn't need to be at a fancy restaurant to enjoy a meal.

She's good at goodbyes, but that doesn't mean she likes them.

As a traveler, she goes through people faster than Usain Bolt runs the 100m sprint. That's how it works in the travel world. Some people she meets for two minutes, some she sticks with for weeks, so it's hard for her to get attached. But she's willing and happy to talk to anyone, so if she doesn't get to you first, go to her. If you actually get as far as exchanging names, you're off to a good start. Does she invite you to spend the day with her? Even better. Do you make it to the Facebook friend level? Well done! But sooner or later there's going to be a goodbye, and she knows it. She's done it before, and she'll do it again, but that doesn't make it any easier, especially if she likes you. So if she seems more reserved or closed-off when you part ways, it's not you; she's protecting herself. If you are lucky, you'll get a lingering hug, but then she'll be gone. She'd rather be the one to walk away first, and chances are she won't look back. But that doesn't necessarily mean she wants to walk out of your life. 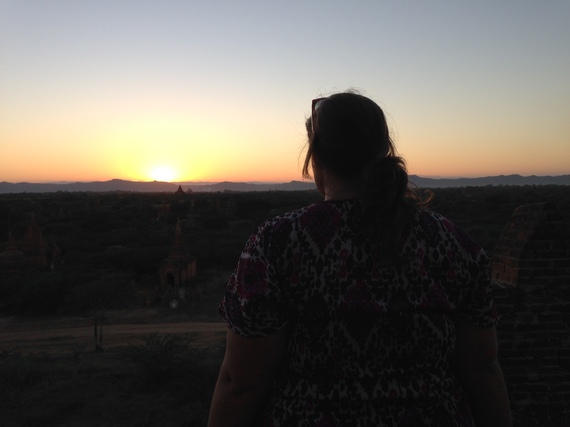 You might not realize it, but she will miss you when you are gone.

The ball is in your court.

A girl who travels knows that she's picked an alternative lifestyle, and no doubt she's been criticized for it. She's afraid of being locked down, but also of being unfair. Enough people in her world don't understand what she's doing that she realizes her way of life isn't for everyone. She'll automatically assume that it's probably not for you, either.

She loves who she is and what she does, but she's had to build up a wall and put on a brave face to defend it. She's actually gotten quite good at being alone, but that doesn't mean she wants to be. The truth is, the same girl who isn't afraid to buy a one-way ticket and walk alone through the streets of a foreign country is afraid of liking you. Afraid of falling for you. Afraid of you trying to change her, and of you breaking her heart.

All she wants is for someone to take her seriously when she tells them that she wants to spend the next two months backpacking through Central America, or Asia, or whatever destination has caught her eye. If that makes you roll your eyes, then move along. But if that makes you want to respond with "When do we leave?", then go after her and be prepared for the adventure of a lifetime.

This post originally appeared on Hannah's travel blog, Eat Sleep Breathe Travel, where you can find similar writing and stories of her (mis)adventures.