There are so many customs in life we take for granted -- from a late morning coffee break to the serious need to rinse our mouths squeaky-clean with mouth wash. Habits like these are so deeply engrained in our culture that we don't realize how many of them were created out of thin air by savvy advertising and marketing campaigns. Here are eight everyday things you only believe because of highly effective advertisements: 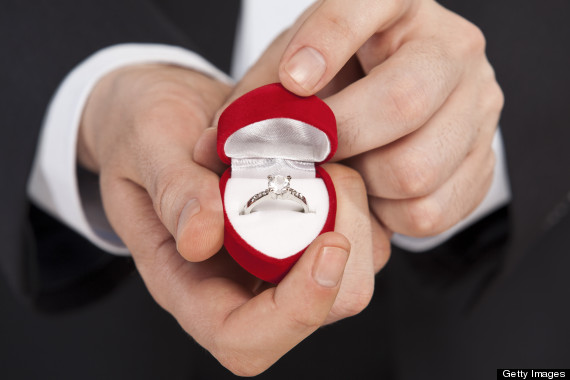 If he likes it, he'd better put one of these on it.

You can thank the N. W. Ayer advertising agency for your diamond ring joys and anxieties. In 1938, N.W. Ayer was tasked with improving De Beers diamond company's faltering sales, so the company launched a game-changing "A Diamond Is Forever" campaign. They did things like organize lectures across the country to educate high school students about the importance diamond engagement rings. The approach paid off -- diamond sales rose 55 percent in the United States from 1938 to 1941. Even today, it seems as if diamond engagement rings could be, quite literally, forever. 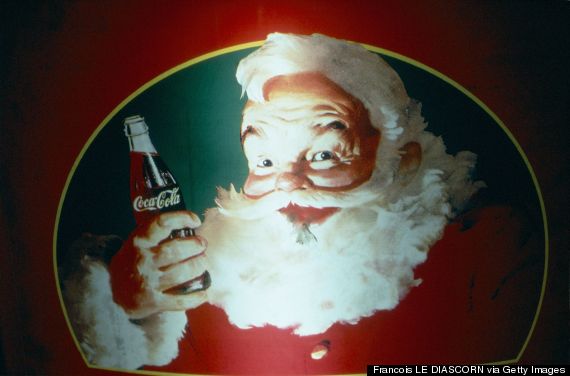 Before Coca Cola first featured Santa Claus in a 1931 ad, the patron saint of Christmas loot was depicted as everything from a scary elf to a tall and slender man who wore anything from a bishop's robe to an animal skin. When creating Santa Claus for their ad, the soda company pictured a more "wholesome Santa," so the artist took inspiration from Clement Clark Moore's 1822 poem, "A Visit From St. Nicholas." Santa's been depicted as red-faced, pot-bellied, (and, way more controversially, white) ever since!

3. You can always use more soap!

Psst... your marital happiness is at stake!

America owes its modern obsession with cleanliness to the birth of advertising, according to Katherine Ashenburg, author of “The Dirt on Clean: An Unsanitized History." Soap and hygiene ads fueled anxiety with tag lines like "What do the neighbors think of her children?" That said, Americans, previously mocked as "filthy" by their European counterparts, benefitted from increased hygiene -- not to mention they smelled a whole lot better. Eventually, we became a nation of shower-a-holics, even though obsessive cleanliness may actually leave us more vulnerable to disease. (That said, you could always stand to wash you hands more.) 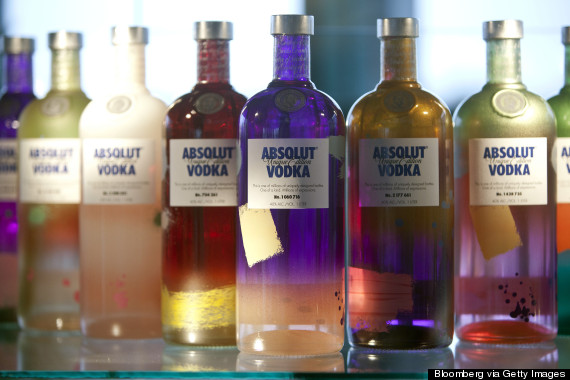 The finest damn vodka -- it'll burn, but in a classy way.

Premium brand vodka wasn't a thing, until Absolut Vodka coined the term and made it one. As James Twitchell, author of "20 Ads That Shook The World," notes, "Vodka is a hard drink to separate on the basis of taste, so [Absolut Vodka] separated their brand through narrative and package." Others quickly followed suit, investing money on marketing and presentation, and jacking up the price as a result. Think about that next time you're eyeing top-shelf liquor.

5. You need mouthwash to save you from the bad breath monsters. 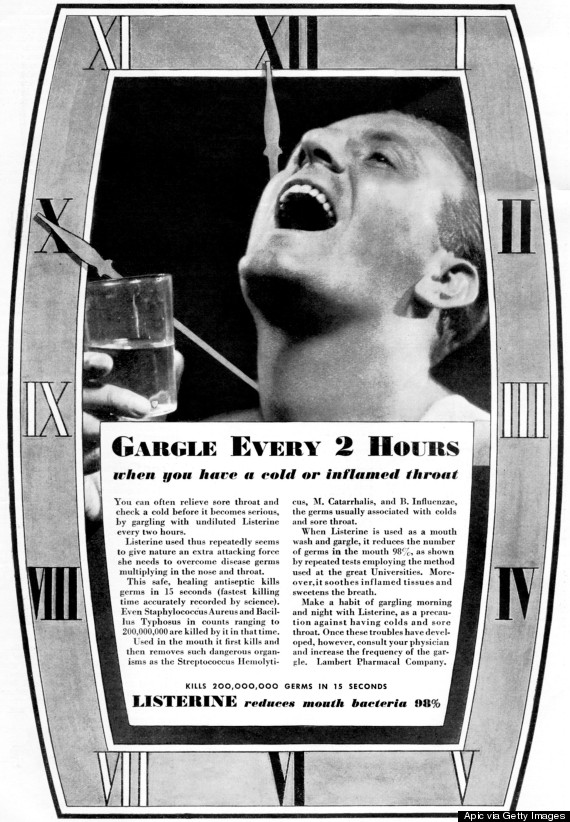 Gargle every two hours or you'll never get a girlfriend!!

Sure, people had bad breath in the morning before Listerine hit the markets, but they wouldn't have called it a disorder, as Twitchell explains. That is, not until Listerine popularized an obscure medical condition, "chronic halitosis," to improve its profits in the 1920s. Suddenly, everyone was given an easy solution to their breath "disorder," even if they didn't really have one. Better too fresh than not fresh enough! Over the next seven years, Listerine sales exploded from $115,000 in annual revenue to more than $8 million.

6. If you're taking a break, you might as well make it a "Coffee Break." 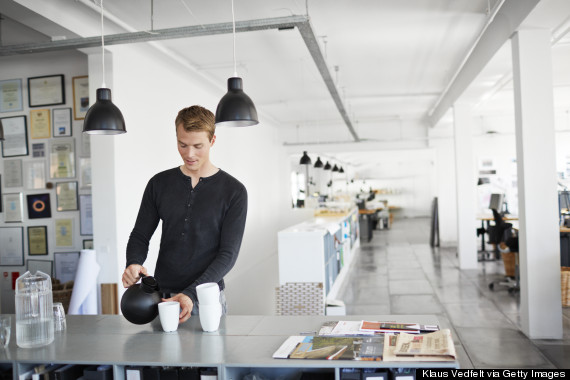 The biggest secret of the coffee break that keeps you sane? The Federal Advertising Agency crafted the phrase in 1952 while working on a campaign for the Pan American Coffee Bureau. The Bureau promoted the coffee break using the tagline, "Give yourself a Coffee-Break -- and Get What Coffee Gives to You." Later that year, 80 percent of businesses surveyed had already instituted the very civilized workday breather.

7. The Pledge of Allegiance is just basic patriotism. 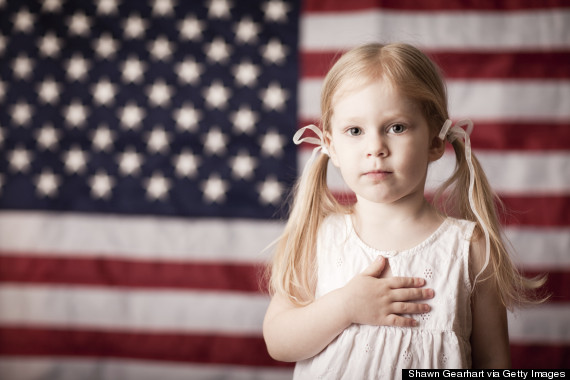 Hey, I mean.. everybody's doing it.

The Pledge of Allegiance was part of a nationalist campaign by "The Youth's Companion" magazine. The goal of the campaign was to put a flag in every American school, by having children purchase ten cent donation cards towards their school's flag. The campaign was publicized in "The Youth's Companion," and the movement took off. Pledges were printed inside copies of the magazine as part of the National Public-School Celebration of Columbus Day in 1892. It still endures today.

8. You have to buy your Mother something nice for Mother's Day.


There's a Mother's Day card for every woman in your life!

American schoolteacher Anna Jarvis first celebrated this holiday on the second anniversary of her mother's death in 1906. Jarvis handed out 500 white carnations, one for each mother in her church congregation. The holiday grew from there, and was officially designated by President Woodrow Wilson in 1914. Shortly thereafter, it was essentially hijacked by florists and chocolatiers, making Jarvis go ballistic. At one point, she stormed into a American War Mothers' meeting to break up their white carnation sale and was escorted out by police kicking and screaming.

The enduring power of an effective ad is pretty incredible -- it wouldn't feel right to see a gaunt and gangly shopping-mall Santa Claus, or to neglect to buy an annual Mother's Day card. There's nothing inherently wrong with a persuasive marketing campaign, but there's also no reason you should feel like a slob for skipping out on a daily shower, now and then.