With "Game of Thrones" deviating so much from the books this season, it's easy for all fans to feel like they know less than Jon Snow. (And that guy knows nothing.) But now it's time to turn that around.

For anyone who just needs to know more, the "GoT" cast has some behind-the-scenes secrets to keep you informed. From how far that Moon Door drop really is to why fake blood might be a bigger threat to Emilia Clarke than the Sons of the Harpy, here are 12 facts about "Game of Thrones" that might surprise you:

Warning: This post is dark and full of spoilers if you're not caught up on Season 4.


1. Emilia Clarke once disappeared from set because she got stuck to a toilet. 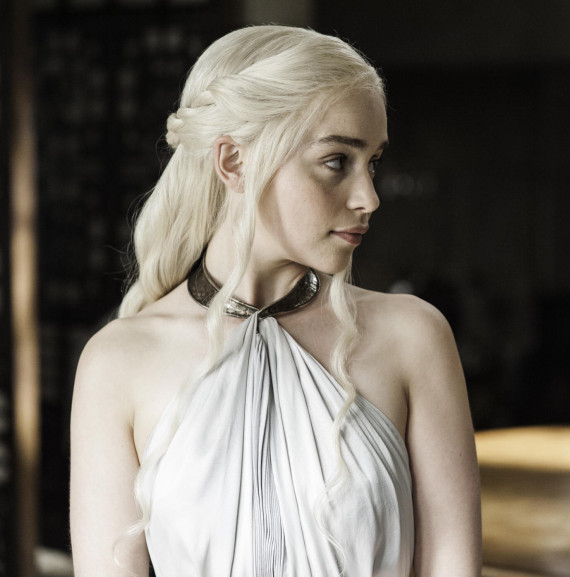 Clarke explained to Jimmy Kimmel that while filming the scene with the horse heart, all the fake blood led to an embarrassing moment. "It kind of just stays sticky for quite a long time and then there was a moment when we were filming it that I disappeared, um, and I was stuck to the toilet," said Clarke.

2. The same actors may be fighting for the Night's Watch and the Targaryens. 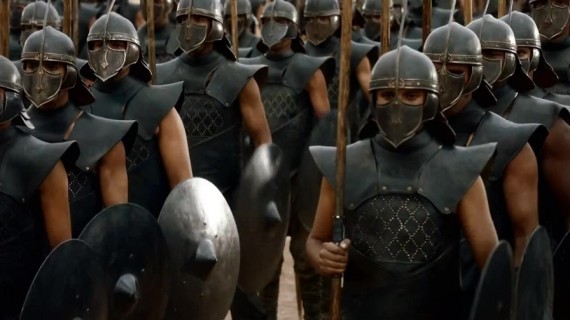 Bobby Holland Hanton is a Dove Men+Care grooming expert and a stuntman on "Game of Thrones." When asked if he was in battles at the Wall and in other countries as well, Hanton told The Huffington Post, "Yeah, I don't know how much I'm allowed to say, but I was in Spain doing stuff, and I was in Belfast doing stuff." So it appears some actors may fight on the victorious side no matter who wins the Iron Throne. 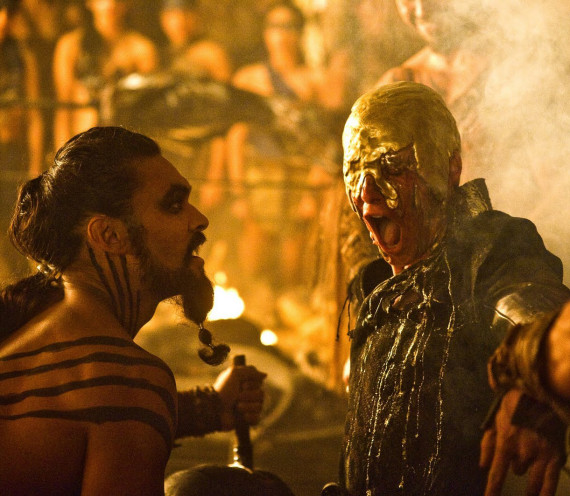 In a Reddit AMA, Harry Lloyd, otherwise known as Viserys Targaryen, revealed his "gold crown" was a mix of "different special FX." The actor wrote: "So ingredients include a big bowl of gold-gelatinous-paint ... a smoke machine, strapped to my chest ... a nice gold cap molded to the shape of my head ... a bit of CGI, and some sound FX."

4. Oberyn would walk around his apartment in costume. 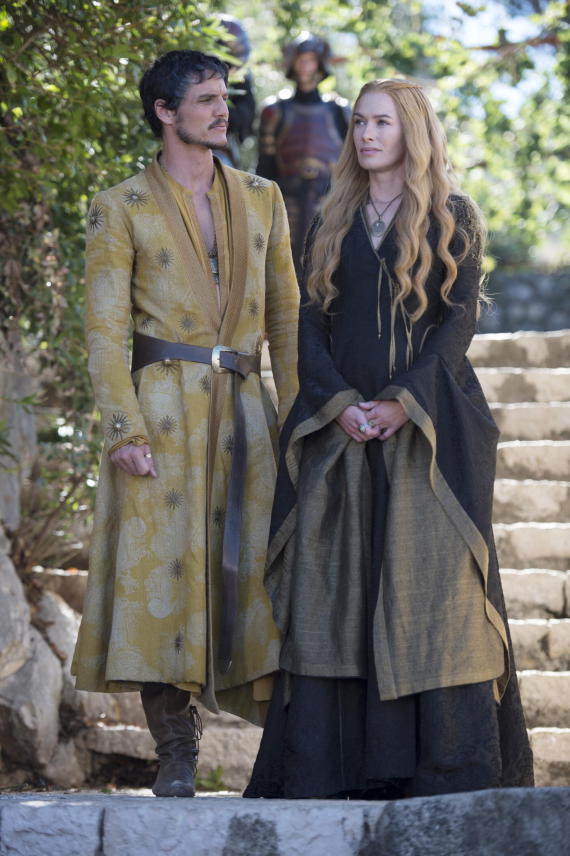 Pedro Pascal revealed in a Q&A for HBO that the costume designer made a mock robe for him. "It was like putting the skin of the character onto my body. I took my mock robe home, and I walk around my apartment with it on sometimes," said the actor.

5. A three-second scene could take six weeks of preparation. 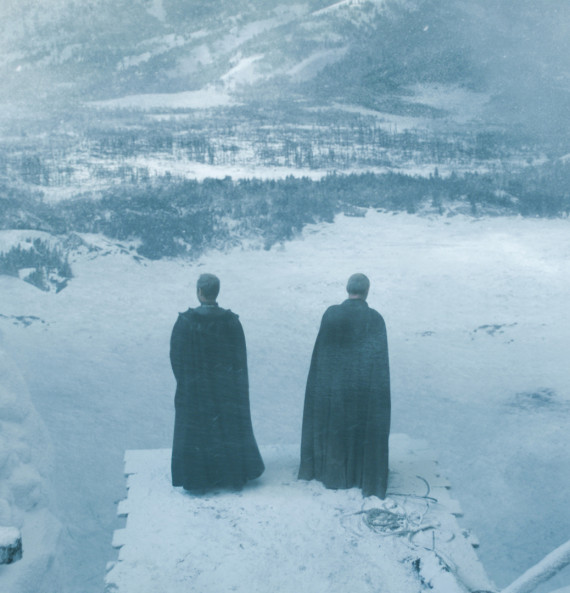 While talking with HuffPost about preparing for stunts, Hanton said, "There’s been a clip for like three or four seconds, and then it’s taken us six weeks to prep it, and get it ready for that. One whole day of filming might actually be only three seconds of actual camera time."

6. The Moon Door is just a meter deep. 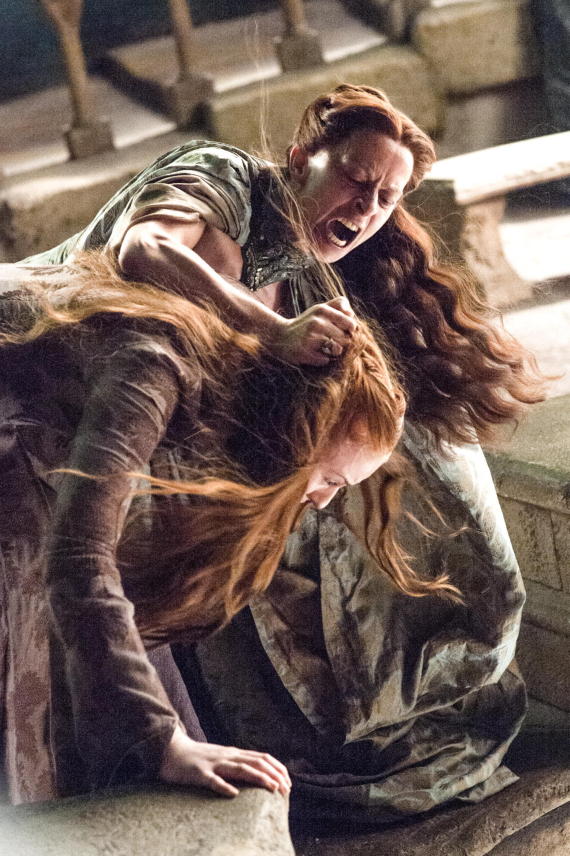 During commentary with Maisie Williams on the HBO Season 4 DVDs, Sophie Turner admitted the Moon Door isn't as far as it looks. "It’s like a meter deep," she said. "Just like green screen floor and then you put a crash mat on top of it."

7. Tywin found out he would die from a fan. 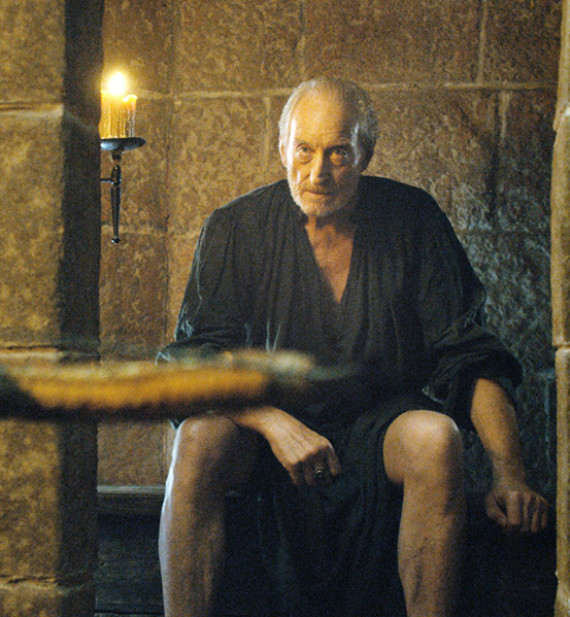 In HBO's roundtable with fallen "GoT" cast members, actor Charles Dance said he had "no idea" he was going to die until he was approached by a fan who said he had "a great death scene." The actor then learned all the details.

8. The actors are knocking weapons out of each other's hands between takes. 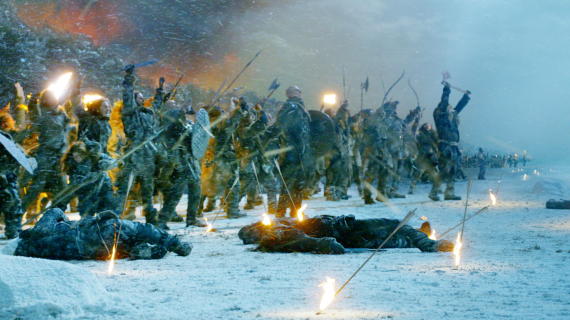 The stunt crew tries to keep everyone on their toes between shots. Hanton told HuffPost, "Sometimes just before a take they’ll knock a weapon out of someone’s hand, so they’ve got to quickly pick it up before they call action."

9. Peter Dinklage and Lena Headey avoid eye contact in serious scenes so they don't crack up. 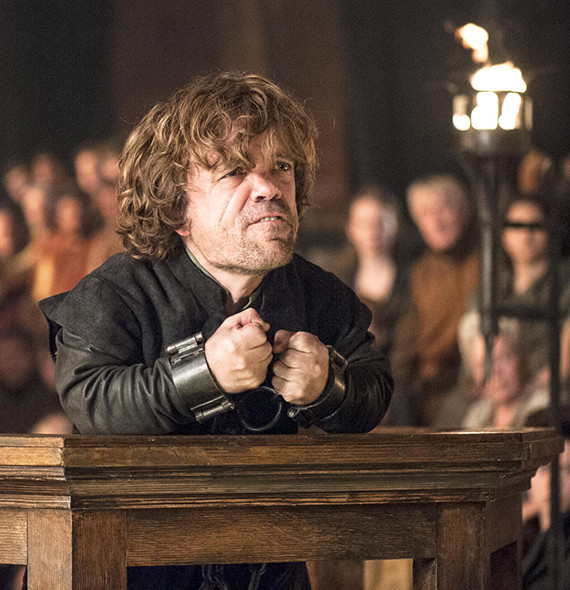 In a Reddit AMA, Dinklage explained he and Headey sometimes avoid eye contact for serious moments. "People think the mood on set is very serious," he said, "but sometimes the most serious scenes can produce the most laughter on set."

10. Arya's direwolf is now playing the other direwolves. 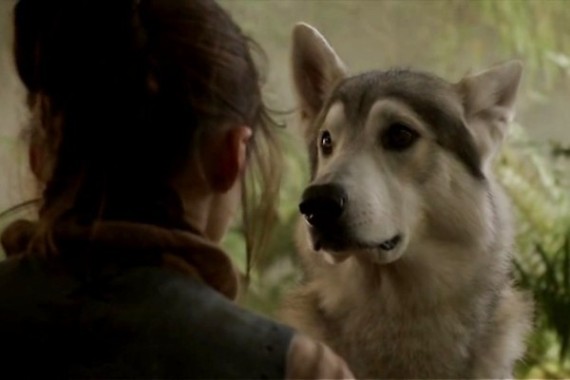 "After my dog finished playing Nymeria, she actually went on to play Shaggy Dog, and they dyed her," Williams said in a Reddit AMA. She continued: "She was the best behaved dog out of all of them, so she ended up playing all the other wolves, even though she was mine originally." 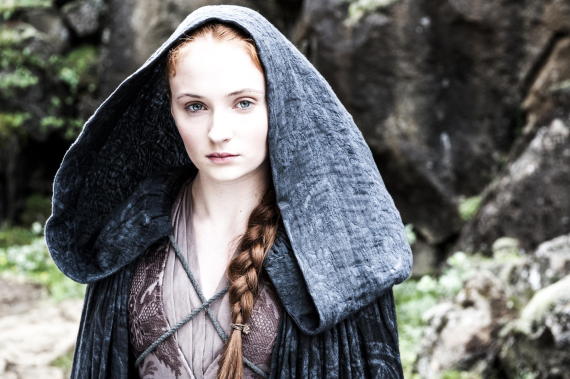 In her HBO DVD commentary for Season 4, Turner says fans are always sending her lemon cakes, which are Sansa's favorite dessert; however, she "can't hate another cake more than lemon cakes." 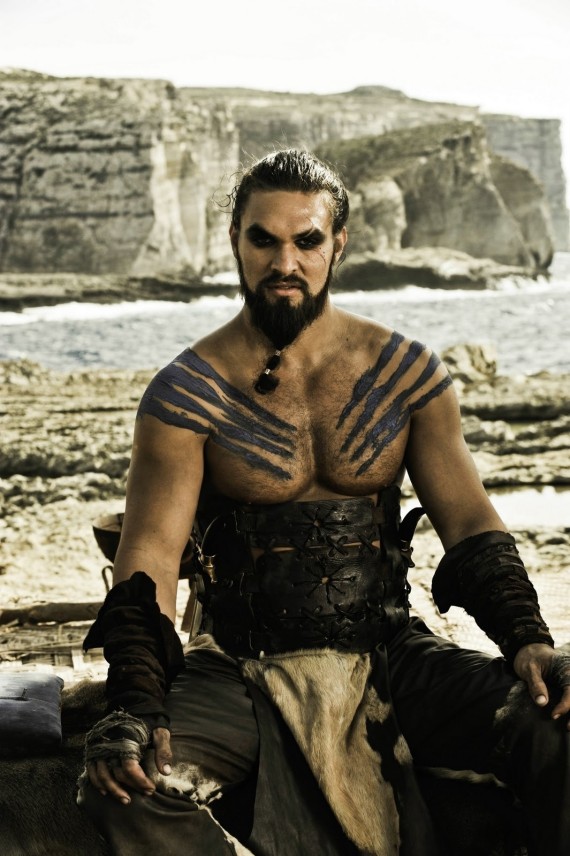 After explaining he thought the language sounded like a mix of the "Star Wars" and "Sesame Street" characters at a Comic Con panel, the actor said "waka waka" to laughs from the audience. "I really want this job," he said. "I'll do anything." 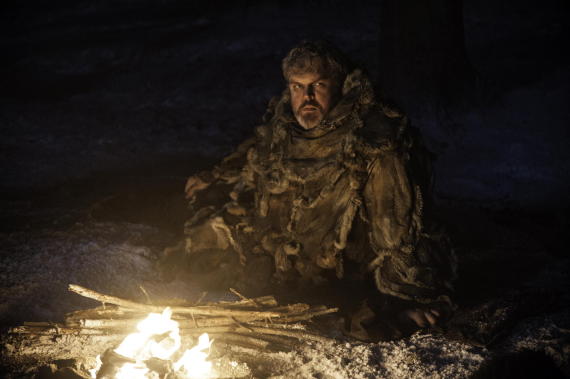 When asked if Hodor actor Kristian Nairn is chatty, Isaac Hempstead-Wright told HuffPost, "Oh, my gosh, yeah. Me and Kristian have such a laugh together." The actor who plays Bran added: "He has a very dry, witty sense of humor, which I find hysterical."

"Game of Thrones" Photos That Would Never Happen

More:
Game of Thronesgame of thrones castVideothings you didn't knowentertainment