You aren't swallowing tons of spiders while you sleep, so don't worry.

Occasionally the things that come to elicit the most collective fear start as harmless mistruths and grow into full blown sources of national paranoia. In times like these, we all just need to take a deep breath and stop to consider if we're being rational. Perhaps FDR's famous claim that "the only thing we have to fear is fear itself" isn't quite applicable -- we do live in a world with stock market bubbles and car crashes and all sorts of other terrible things. Despite all of this though, here are 13 things you shouldn't actually be scared of.

Being home alone shouldn't be scary! Things turned out well for Kevin McCallister.

Although empirical data about the exact number of hitchhiking encounters that have ended in disaster is a bit lacking, a consensus seems to be emerging that fears about the once popular American pastime are overblown. Gruesome real horror stories like the Santa Rosa murders, paired with aggressive negative ad campaigns scared a generation enough to ruin the cheap transportation option, even if the incidents of crime were few and far between.

Besides the environmental and cost benefits of this impromptu ride-sharing, the loss of hitchhiking is worthy of mourning, as it fostered a culture of trust by allowing complete strangers from different parts of the country to sit down and have a conversation. Nowadays, politicians like former New York City Mayor Michael Bloomberg, have suggested we return to this system of trust -- a sentiment seconded by the New York Times. Despite these small campaigns, the return of hitchhiking still feels sadly unlikely.

We have an often misguided obsession with excessively cleaning everything in our paths -- including our own bodies -- so it's important to have a healthy understanding that not all bacteria is harmful to you. Less than one percent of bacteria carries diseases and quite a bit of it is actually good for you.

With this in mind, obsessively trying to rid ourselves of all bacteria is a bizarre goal we've been taught to desire. The manner in which we've attempted to do this is also problematic. Antibacterial soaps are increasingly being thought of as misleading, and the FDA is starting to crack down on the soap manufacturers' health claims. Some of these soaps might even be harmful to your health.

3. Swallowing spiders while you sleep.

You are almost definitely swallowing zero spiders while you sleep every year, as opposed to the dozens claimed in schoolyard legend. You're welcome.

Logically, spiders don't want to enter a mysterious hole that is emitting warm air, or for that matter, come near a living being that rolls around and moves unexpectedly. Also, you probably don't sleep with your mouth wide open all the time. Even if you do, swallowing just anything that comes into your mouth while you sleep isn't the only outcome to this encounter.

Despite what Katie Couric promoted (and later apologized for), getting vaccinated should not be a fear-filled experience. Adverse complications due to vaccinations are extremely rare, and the cost of vaccination phobias, in terms of both lives and money, far outweighs the minimal risk of complication.

In the rush to explain the nation's far too frequent mass shootings, politicians and pundits frequently point fingers at violent video games as catalysts. But extensive studies have not been able to back up this scapegoating. The strongest link to any behavioral implications that has been found is a potential for short-term increases in aggression while and shortly after playing violent video games, but nobody has been able to find any direct causation between these games and a broader desire to carry out real-life violent crime.

When looking at video game consumption world wide, the United States is far from number one and yet outpaces all other countries in the top 10 in gun-related murders by leaps and bounds.

6. Flying in an airplane.

Flying is already far safer than car transportation and is only getting safer as aeronautical technology continues to improve. Despite the tragedies of 9/11, which greatly affected the airline industry, airplane hijackings and airport terrorism are extremely rare, and casualties even rarer. The skies are safe and there's nothing like looking out a window and seeing the world far below you. Don't let your fear keep you out of the airport. If anything, let their high ticket prices and general ability to be annoying do that instead.

7. Using a cellphone at the gas station.

The urban legend of cell signals lighting gas fires has been passed down a few times -- sometimes even by local fire chiefs in official statements -- but according to the FCC, there is "no evidence that these reports are true." The real culprit of these conflagrations (which are extremely rare) could be anything from static electricity drivers fail to expel before exiting their car, to someone being dumb enough to use a lighter around the pump.

The only thing you should worry about regarding cellphone use and filling your gas tank is making sure your the call doesn't distract you enough to make some sort of other mistake.

Despite the "stories," spontaneous combustion is almost definitely not real. The "almost" only exists because just like ghosts or Bigfoot, it's very hard to prove definitively that it has never happened. This said, almost all cases of "spontaneous combustion" involve very young or very old people who happened to be near flammable material or even fire at the time of the incident. Nobody has ever captured solid evidence of spontaneous combustion as it's happening.

Even if spontaneous combustion were some unexplained yet real phenomenon, you still shouldn't be terrified of it. There's only around one case reported every year or so, meaning the likelihood of you ever going up in flames without warning is effectively zero.

Almost everyone's digestive system can handle gum fairly easily, although swallowing gum on the regular still isn't recommended. There was one case of a four-year-old who ate five to seven pieces of gum a day for an extended period of time and then had to have it all suctioned out of his rectum. That probably won't have to happen to you though, unless you have some sort of gum-eating obsession.

This one's also a myth. Cracking knuckles hasn't been found to be either beneficial or detrimental and no scientific evidence has been able to prove that the practice actually causes arthritis. The warnings against cracking your joints are more cautionary guesses, because despite the lack of definitive evidence, experts still seem resistant to the idea that there can be no harm whatsoever from all that popping.

But even if your knuckle-cracking habit isn't bad for you, it's probably at least annoying to everyone around you.

Despite what Steven Spielberg might have done to your psyche with the movie, "Jaws," shark attacks are few and far between and human deaths caused by sharks are even rarer. To underscore just how overblown this fear is, so many everyday things we encounter kill more people every year than sharks. Fatal dog attacks even take place more frequently. This doesn't meant you should go messing around with sharks, but don't let them keep you out of the ocean entirely.

Oh, and it's also worth noting that humans kill 11,417 sharks every hour. Just sayin'.

11 Things You're Terrified Of, But Shouldn't Be
5 Biggest Myths About Aging 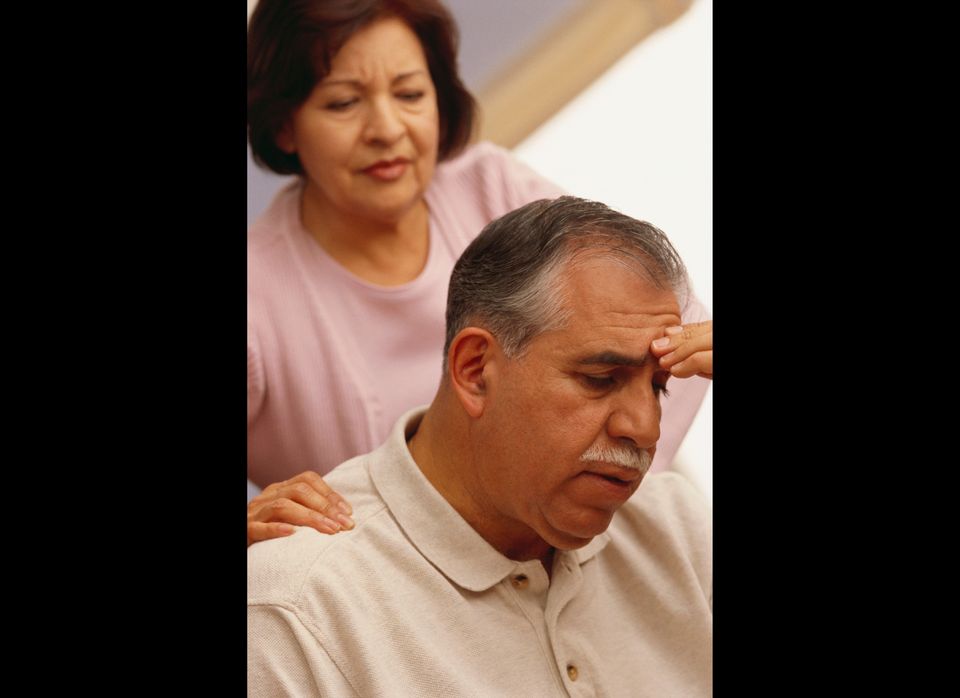