My wife Kayla and I, after decades of living in Montana, made a rookie mistake last week as we tried, on a week's notice, to secure a three-night spot at one of our favorite camping areas. The snow in Yellowstone Park, just an hour south of our home in Bozeman, had finally receded after an unusually cool and wet spring. We figured the second week of July would be a perfect time for relaxing and wildlife watching. Apparently so did hoards of other nature seekers that had booked up more than a thousand campsites at seven campgrounds spread throughout the 2.2 million acre park. (We know better than to try to get a reservation on a week's notice but we keep forgetting it is not the 1970s anymore when a same-day inspiration was fine; just pack the truck and go.) A quick try of Glacier Park's campgrounds -- a few hours to the north -- as well as other myriad Montana lake and river-based sites came up with the same thing; all booked. After a few hours of re-trying, luck prevailed and the Park Service reservations person finally found us one coveted spot near Yellowstone Lake.

It might seem odd, but I view it as good news that most campgrounds within 200 miles of our home in southern Montana are in high demand. There is pent up desire to experience more of America's outdoors, especially if outdoor recreation spending is any indication, which contradicts the oft-cited trends of people spending increasing time indoors nurturing their relationship with their electronic devices. The desire to experience the outdoors in our country, and especially in other nations around the world, tends to exceed existing infrastructure. 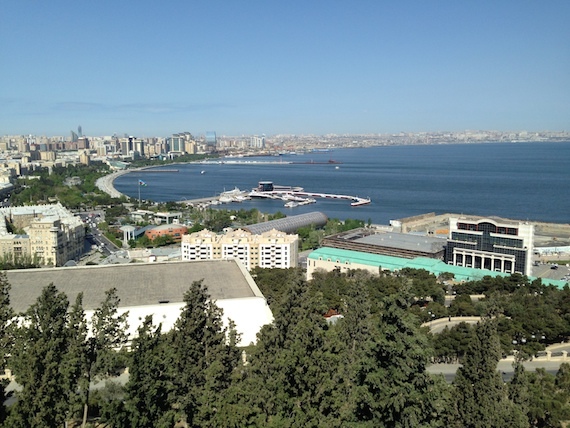 Last month I was speaking at a large wildlife conference in Baku, Azerbaijan. Leyla Aliyeva, the daughter of the president and chair of the International Dialogue Environmental Action (IDEA) had invited me there, along with 750 other participants and speakers from around the world. In her opening comments she encouraged those of us heading up large conservations efforts to ensure our efforts include opportunities for regular folk, particularly young people -- and not just scientists and conservationists -- to access and enjoy the large protected places we are assembling.

Azerbaijan, just now embarking on ambitious conservation efforts, is as varied topographically and as beautiful as Montana but currently lacks the infrastructure such as campgrounds and interpretive facilities to accommodate Azerbaijanis who want to spend more than just an afternoon picnicking in nature. Leyla's goal is to help build a new generation of conservationists in the Caucasus region that have a reverence for pristine natural areas with an abundance of wildlife. She believes the way to do it is involve youth in the creation of protected areas, not to just be the beneficiaries of it. 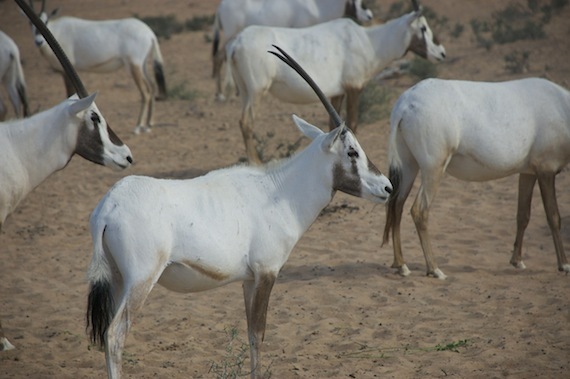 On this same trip, my wife and I spent two weeks in the United Arab Emirates including Abu Dhabi, Sharjah, Ajman and the desserts around Dubai discussing conservation ideas with leaders from business, government and academia. Conservation is a growing topic there, from the recent success of returning Oryx and other wildlife to the Dubai Desert Conservation Reserve to, in the future, returning original big predators such as the Arabian wolf, and even one day creating artificial reefs with the potential to generate a bonanza of marine life along miles of the Arabian Gulf coast. 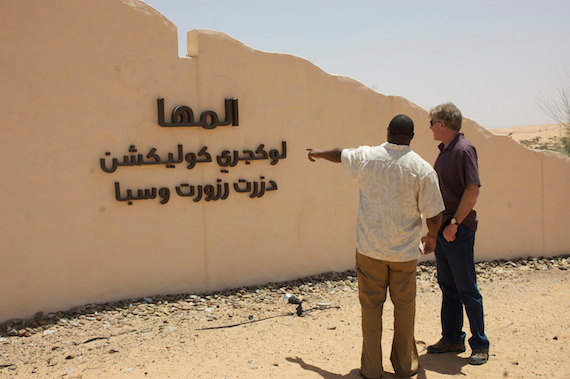 Innovation, persistence, and an attitude of mutuality in the midst of intense sociological and political resistance is the key to creating more large-scale natural places that people will visit and cherish for hundreds of years into the future. Many inspiring public and private efforts are underway around the world. The U.S. government is on the verge of expanding the Pacific Remote Islands Marine National Monument to a potential 782,000 square miles; almost unimaginably large. Enric Sala heads up Pristine Seas project for National Geographic, an extraordinary effort to create as many new marine sanctuaries around the world as possible before over-fishing and climate change damage them forever. A few years ago explorer Michael Fay walked 445 days across 2000 miles of the Congo basin to bring attention to that unique habitat before advancing mining and logging destroyed it. His accounts of his journey inspired the president of Gabon to create 13 new national parks along Fay's route.

Everywhere in the world people are craving more access to beautiful, emotionally-moving natural areas, including right here in the U.S. Importantly, with innovative approaches, the potential exists for large-scale conservation efforts to create winners out of all stakeholders. At American Prairie Reserve, for example, we've launched a wildlife-friendly beef pilot program to find common ground with our ranching neighbors and to provide an economic benefit to having a big conservation project next door.

With a steadily growing population, climate change threatening natural areas, and rising demand for conservation practices that protect species and benefit people, now is the time to act boldly. The world of technology does not have a lock on innovation. Conservation is an industry where we are just scratching the surface for creative and effective ways of making extraordinary things happen. The time is now.