So @ajs interviewed the photographer who sold this picture of a potato for 1m Euro https://t.co/YoqLEpjk8V pic.twitter.com/EQB19aLdw1

But that’s exactly what one customer did, according to Business Insider. Abosch apparently made the sale last year, but he told Business Insider about it in an interview published last week.

The photographer makes most of his money on portrait commissions -- which can range from $150,000 to $500,000 -- for celebrities and Silicon Valley big shots. But “Potato #345” marks the most he’s ever made from a single photo, according to Peta Pixel.

The proud new owner of the spud portrait is a European businessman who was visiting the photographer’s home and agreed to the deal over an unspecified number of glasses of wine.

"I see commonalities between humans and potatoes that speak to our relationship as individuals within a collective species," Abosch told CNN.

Correction: A previous version of this article stated that €1 million was about $1.8 million. It's actually about $1.08 million.

PHOTO GALLERY
10 Mistakes You're Making With Mashed Potatoes
Download
Calling all HuffPost superfans!
Sign up for membership to become a founding member and help shape HuffPost's next chapter
Join HuffPost 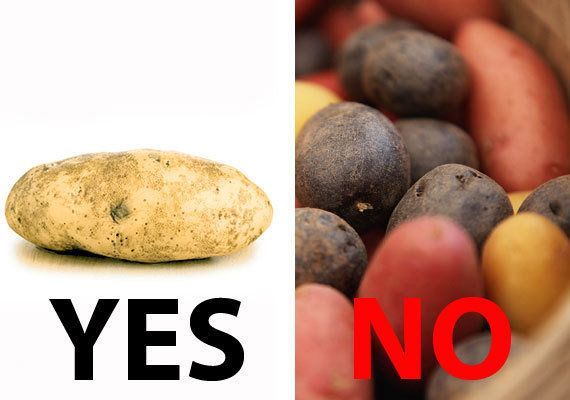 1 / 10
Mistake #1: You're using the wrong kind of potato
Of the three kinds of potatoes (starchy, waxy and all-purpose), you should aim for varieties that fall within the starchy (Russet) or all-purpose (Yukon Gold) realms. You should NEVER use waxy potatoes (i.e. red bliss, fingerlings, etc.). Starchy potatoes break down better, resulting in a creamier mash.
Getty