I hope everyone has plans for enjoying this long awaited Memorial Day. Hopefully, you have some intent to spend time with your family and friends. Hopefully, you make it a chance to relax and unwind. Hopefully, you enjoy a cookout, a day at the beach, or just a day to sleep in. Before we do all of these things, though, I hope that we take a few moments to think about the day and what it should mean to all Americans.

I remember once watching a news broadcast and being very bothered by much of what I saw. I saw on the news that day reports for boating, the weather, and interviews of people at the parks, the lake, or movie theater and asking them what they were doing for the holiday, as if it wasn't obvious enough. On Facebook, it was much of the same. My friends were visiting the lake and enjoying a day to party. These things in and of themselves are fine. Everyone should embrace the opportunity to spend time with their loved ones away from work, but when an area high school student responds to the question of what Memorial Day means to them and delivers the reply, "To party and get out of school," I feel the need to make sure that people keep a little perspective.

Memorial Day in the United States is meant to be a day of reflection and somberness. It is meant to be a day where we think about what we have and what was given to have it. Memorial Day is a very special day where it is asked that everyone take a moment to consider the great costs of living in our country that enjoys so many luxuries. That cost on this particular occasion being measured in the lives of men and woman who have fallen and died in the service of our nation. It isn't really about the day off, or the family. It isn't to remember just anyone who died, like your grandma or Uncle Milty. It isn't even about the veterans, those who have served or are serving now. I served with Marines and took part in Operation Iraqi Freedom, and I can tell you, it absolutely isn't about us. It is about the very special few American warriors. It is about those who veterans who died in service of the country. Memorial Day is about thinking about them. It is about acknowledging the individual revolutionary soldier, all but forgotten, who fought to give this nation independence. It is about the soldier in the Civil War who died liberating those who couldn't fight for themselves and struggled to keep a desperate nation together. It is about thinking about the fields of white in quiet meadows of Europe and on tiny islands in the sea. It is a day where we remember the men who died on beaches, in forests, jungles, on mountains, and deserts, in rain, snow, and heat far, far away. They fought tyranny and terror and chased it across the globe in the hopes that for one more generation, we might never face it at home. Memorial Day is a day where for, even if only a moment, we thank all those who will never return to the beaches and the barbecues, the movies and Friday nights that we enjoy so much. 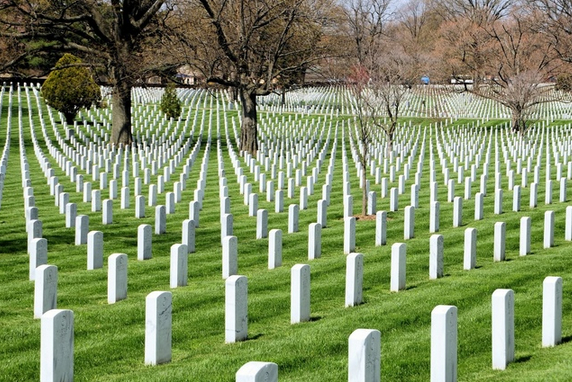 So please, at some time during the day, do your somber duty as free citizens of the United States. Take a moment to reflect in silence, say a small prayer, or give some thought to those who gave us our freedom with theirs. You may not agree that you should be asked to do this. You may not agree or support the military. You may not support the government or what it stands for. You may be confused, disheartened, or angered by the wars and the state of our foreign affairs. By all means, disagree. Disagree and do what you can to change these things in a peaceful and civilized manner. You can do that. It is your right. Just remember that to secure such rights, there are those who gave them up. Whether or not you agree with them, please show them your appreciation and respect. This Memorial Day weekend, please give up just a few moments of your time before you go off to the lake, the cook out, the parade, or just when you're relaxing on the couch. Think about those men and women who gave up all of their tomorrows so that you and I could enjoy the rest of our todays.