Anyone who thinks they're too far along on their career path, or that's it's too late in life for them to seize the opportunities of a skills-based career, should be inspired by others; including many retirees or late-career professionals who have decided to take their lives in new, more satisfying directions.

Ken Gilbert is one of them. By the time I met him, Ken was three decades into his career in high-tech sales and marketing and management consulting. At age 58, however, after many years of business travel, meetings and chasing corporate goals, he was ready for a change.

I thought about getting a master's degree and staying in the industry, but if I was going to invest in something, I wanted it to be in something I would enjoy and be able to do for the rest of my life.

Like many baby boomers, Ken didn't feel ready to retire, and didn't see why he couldn't extend his working career well beyond the traditional retirement age. And like many boomers, he also knew that if he wanted to live comfortably, he'd need to find a way to supplement his pensions and savings with a steady paycheck. 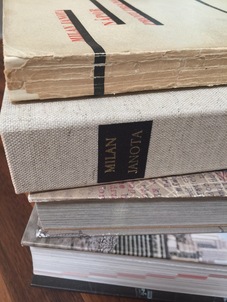 Resolving to strike out on a new path, Ken looked into a learning institution located just a few miles away from his New England home. Founded in 1881 as a social service organization primarily serving immigrants, the North Bennet Street School has a rich history of providing vocational and prevocational training. NBSS follows a philosophy that hands-on skills are a necessary complement to academic conceptual skills. Today you find students from all over the country in its educational programs in "bench skills" that few other institutions offer: cabinet and furniture making, preservation carpentry, locksmithing, jewelry making and repair, bookbinding, even piano technician.

Many graduates open craft-based businesses; others land prestigious and highly coveted positions in specialized fields. One preservation carpentry graduate, for example, launched his own custom home design company, while another, a bookbinding alumna, today is the rare book conservator for the Library of Congress. Yet another has become a luthier, getting very well paid to repair high-end violins and other stringed instruments. Visiting the school, you see the current students are not just young people starting their careers; many students are late-career professionals, like Ken. It makes sense; after all, people in their forties and fifties and later are often in a great position to use their world and life experience to head off in a new direction. In many cases their kids have left the nest, they've saved some money, their mortgages are paid down.

After seeing the school, Ken knew instantly it was a perfect fit. He had the resources, the time, and the ability to go back to school and retrain as an artisan. Plus, working with his hands had always been one of his favorite pastimes -- particularly woodworking and renovating an eighteenth-century house he owned. Ken has always liked making things, and he was good at it. So after talking with the school and considering his options, Ken decided to enroll in a two-year bookbinding program.

During those two years, Ken developed what he described to me as the three artisan essentials: "head, heart, and hands." And so it was that upon graduating from the program in 2010, Ken found himself working full-time as a self-employed book conservator: making books from scratch, restoring old and rare books, repairing timeworn or damaged family heirloom volumes, and building leather-bound boxes in the shop he opened, Willow Bindery, in Shrewsbury, Massachusetts. Most of his customers today are book dealers and serious book collectors located all over the United States. 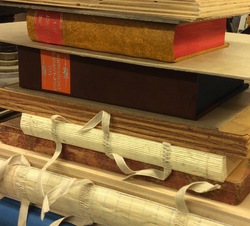 Ken Gilbert is engaged in a fulfilling occupation that he expects to continue for many more years. And he takes great satisfaction in what he does every day. "Restoring a cherished book, and then seeing the happy expression on the owner's face, is extremely gratifying."

That's Ken's story. What about yours? Are you at a place in life where you'd like to make a career shift? Perhaps your current line of work is being undermined by technological change. Or you're simply tired of selling insurance, churning out accounting statements, or dispensing legal advice. Maybe you've had enough of PowerPoint presentations, Excel spreadsheets, conference calls, and windowless cubicles. Whatever the reason, for many it's a sign that now is the time to seize the opportunity to renew your working life by becoming good at something that gives you immense satisfaction while creating tangible value for others.