Professor Donald Abelson has been researching think tanks for over two decades. He has just submitted the manuscript for his latest book, Northern Exposure: Revealing the Canadian Think Tank Landscape, in which he claims that while several Canadian public policy institutes have established international reputations for the quality of their work, some policy experts have resigned from think tanks because they have been asked to falsify data to appease donors. The book, which is expected to be published in 2016, looks primarily at Canadian think tanks, but frequently refers to the think tank scene in the United States and beyond. In this interview, Don Abelson shares his views about think tanks, research integrity, advocacy and lobbying. 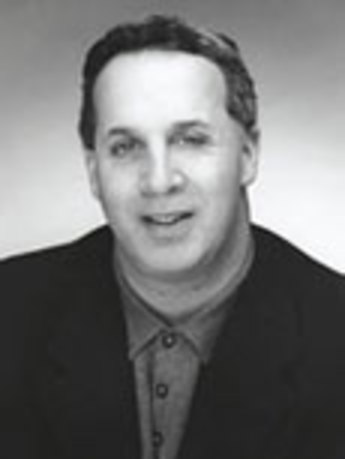 An article in the New York Times on foreign funding for think tanks caused quite a stir in the United States when it came out in late 2014. What reactions did you encounter as a researcher on the ground at the time?

The impact on the think tanks scene has been significant. The think tanks I regularly contact are now being very cautious about who they speak to, and what information they release, especially in relation to the funding they receive from abroad.

Were you surprised about the findings?

For me, there was nothing surprising in the NYT piece. We've known about foreign government funding of think tanks for years, but the NYT investigation caused a lot of unrest because it forced non-experts to reconsider what foreign donors are looking for when they fund think tanks.

What really surprised me was the article Brooke Williams [and Ken Silverstein] wrote on individual think tankers moonlighting as lobbyists, the sheer number of think tank experts looking to supplement their income in less than virtuous ways. [They found that] at some think tanks, two of every three people were registered as lobbyists. It raised the question of whether experts at think tanks were working as lobbyists on their employers' time and using think tanks' resources to advance their own interests. Moonlighting as a lobbyist may not be illegal, but the question is whether it is unethical?

Should people be more worried about foreign funders' undue influence?

Actually, I'm more worried about domestic special interests because of the impact they can have on local communities. Look at certain policy areas like gun control and the health care system in the United States. If I were an American citizen, I would be far more interested in how domestic special interests engage in the policy-making process than about other governments influencing foreign policy.

So there is no cause for concern?

What bothers me is not foreign funding, what bothers me is that not enough people are highlighting the possible conflicts here, no matter where the funding comes from. The problem is that in the U.S. there is so much apathy and indifference - most people are simply not prepared to invest the time to follow politics at any level. However, later they complain that the NRA [National Rifle Association] or other groups exert too much influence. Democracy is about participation, the public must be more invested in the political process and engage in politics. They need to participate in important policy discussions.

It's not about whether think tanks undermine democratic life, it's about what the public have to say about their involvement. This is the reality of democratic life, that organizations and individuals are going to try and shape policy to fit their own interests, that's what democracy is all about.

For example, the Heritage Foundation was created as a counterweight to the Brookings Institution. Think tank numbers are continuing to grow, and more foreign organizations and governments are going to become involved. Why? Because, clearly, there are donors and supporters out there that think that these organizations are playing an important role and doing things that other organizations cannot do. There's a lot of money in it, and it is not a passing phenomenon.

In Canada, some bodies will fund think tanks to shore up support within certain constituencies. Those think tanks have access to organizations and networks that government doesn't [have access to]. Funders see political benefits in aligning themselves to organizations with political networks, and vice versa. I think that policy makers at the local, provincial and national levels rely on think tanks because of their ability to develop grassroots networks that will help governments to enhance their own agendas regarding certain policy issues.

How strong is the influence of think tanks really?

I approach the subject by looking at the nature of relationship between think tanks and key stakeholders. The usual assumption is that think tanks try to convince policy makers to adopt their policy positions. The more I look at it, the more I question that model.

What is your analytical framework?

I think they key is to look not only at what think tanks are trying to extract, but also at what funders get out of it. Donors are looking for a particular return on their investment. Often, policy makers value think tanks less for their expertise, and more for their ability to bridge the policy and the academic worlds, to shape debates and the political climate over time.

Is research taking a back seat to other activities?

Funders are looking for organizations that are going to increase the profile of the issues that they are most interested in promoting. For example, major foundations are looking to generate traction or momentum in the policy arena on issues that they care most about. So it is not necessarily the institution that produces the highest quality research that is gets the grant.

Many think tanks openly regard advocacy as a core function. Is that a bad thing?

People often think that if a think tank engages in advocacy, its work is tainted. That makes very little sense to me. When hospitals advocate for more beds, everyone thinks that is fine, but when advocacy is associated with think tanks, the assumption is often that they are trying to advance institutional interests over public interests.

Think tanks over time have become highly sophisticated, highly savvy, and employing well orchestrated strategies for shaping public policy is part of that. If advocacy compromises research quality, that needs to discussed. But the reality is that both Brookings and Heritage do similar things. The real question is, what is the quality of their work?

What is the difference between advocacy and lobbying?

We need to separate these out. Lobbyists meet with politicians, host dinners, seek funding for their efforts from different client groups, and participate in campaigns. They do all this to convince policy makers to take decisions that are in the interests of their clients. Advocacy involves doing very similar things.

So where do you draw the line? I think we should distinguish between ideas and interests. Lobbyists represent particular interests, think tanks represent a bundle of ideas. But both use similar techniques in advancing them.

Also, you need to distinguish between partisanship and ideological orientation. Non-partisanship is a legal requirement [in the U.S.] as most U.S. think tanks are registered as 501(c)(3) non-profit, charitable, tax exempt organizations. They are prohibited from openly supporting candidates or parties, or donating money to them. But there is nothing in the law to keep think tanks from embracing whatever ideological perspective they want. People often confuse the two.

What about the campaigning arms set up by some American think tanks?

Some think tanks, including Heritage and the Center for American Progress (CAP), have dealt with these legal restrictions by creating 501(c)(4) sister organizations committed to political advocacy. They found a loophole in the tax code that enables them to engage in the kind of partisan activity that they really want to undertake. This creates an ongoing tension between research and political advocacy - assuming that think tanks want to strike a balance between the two in the first place.

There are similar trends in Canada where some think tanks have made a conscious decision not to register as a tax-exempt educational institution so that they can engage in lobbying and advocacy. This is a trend we are going see more of over the coming years I think.

Between donor demands and dedicated campaigning arms, how can think tanks safeguard their intellectual integrity?

Think tanks encounter considerable pressure in maintaining their intellectual independence, especially when millions of dollars are on the line. Some former think tankers with whom I corresponded for my book told me that they were often asked to manipulate data, or massage their findings to appease donors supporting their research. I have no doubt that this happens more often than we think. Although I cannot name the institutions that former think tank staff commented on, I am aware of this growing problem.

We are not talking about the kind of money that was discussed in the NYT piece, it was far less. And still there was this pressure to falsify data.

So is intellectual independence impossible?

Intellectual independence is not impossible. Many professors, particularly in the social sciences and arts and humanities often carry out research without external funding. In Canada, for instance, the major government body that supports academic research only funds a small percentage of applicants. But policy experts at think tanks are often under more pressure to appease donors and their employers. This added pressure could compromise the integrity of their work. There is no way I would have been able to write the book I have just completed had I been working for a think tank.

True, there will always be some kind of conflict of interest in social science research. But now there is an incentive built into the system to appease outside actors, not to bite the hand that feeds you.

You sound very negative. Do think tanks no longer have a positive contribution to make?

If you look at the direction think tanks are taking in the United States, Canada and Britain, the trend is towards greater advocacy, not pure or applied research. They are looking to position themselves strategically in the market of ideas. By necessity, it's going to taint their findings.

Having said that, think tanks still perform an important function by increasing awareness around a host of domestic and foreign policy issues. They force us to think.

What about think tanks outside the Anglophone world?

In some contexts and in some countries, think tanks can still play a positive role. For example, think tanks within the European Union perform what Marybel Perez calls a platform function. They are known less for policy research and advocacy, and more for their ability to create partnerships and engaging key people in important conversations. They contribute by communicating, networking, and raising issues.