Twenty-five years ago, the Americans With Disabilities Act (ADA), ushered in a new era of opportunity and expectation for people with disabilities. But this landmark legislation paved just the start of the civil rights struggle for those with disabilities, particularly developmental disabilities. The next phase of the battle is changing hearts and minds. 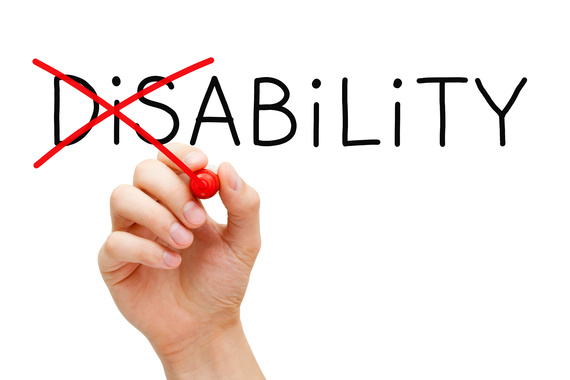 Sixty million Americans live with some form of disability, including disability acquired by aging. That's 20% of the U.S. population, with virtually every American family able to point to a child, sibling, neighbor, or friend with a disability. As disability advocate Jay Ruderman puts it, it's the only minority group almost all of us are guaranteed of joining at some point in our lives.

Yet this huge sector of our population is still discriminated against and marginalized in nearly every aspect of life, from schooling to employment, community life and housing. It is the loneliest part of the population and the poorest, with an unemployment rate at a staggering 70%.

Segregation in separate housing, sheltered workshops and in other forms of community life was long deemed to be the best way to treat those with disabilities. But today, the tide has changed: separate is no longer equal. The movement for disability inclusion is premised on the belief that those with disabilities are entitled to lives of opportunity, independence and dignity. Moreover, society as a whole benefits when this population is included and empowered.

Ruderman is the President of the Ruderman Family Foundation, which promotes inclusion of people with disabilities in society, and his organization is one of a growing army leading a revolution called the disability inclusion movement. I spoke to Ruderman recently to get his perspective on this historic grassroots effort.

"I believe that we're coming out of the traditional mindset around segregation," he notes, "but it's slow and it's a struggle, similar to the struggle of the civil rights movement for African Americans. In my discussion with members of congress, business leaders, and community leaders - people don't yet get it. This is especially true for older Americans, who have grown up with institutionalization, segregation, and the belief that people with disabilities are better off separated."

The Ruderman Foundation supports progressive nonprofits, programs and policies that help people with disabilities live and work in the community as included members of society. The foundation's leaders try to understand the gaps in support, and one key effort is to foster greater education of the media on issues of inclusion. "We want to put our resources in leadership and innovation to get society thinking and acting differently," he says. "Through popular entertainment and media you can affect the perspective that many people have about those with disabilities."

As such, Ruderman makes a point to correct media and public leaders who perpetuate stereotypes about people with disabilities. When a White House official referred to someone as "aspergery," the Ruderman Foundation was quick to speak up and quickly issue a press release. The organization has publicly objected to discriminatory behavior, such as when a United Airlines flight made an emergency landing to remove an autistic teen and his family from the plane. "It's important to be outspoken when we see people with disabilities treated in a derogatory manner," says Ruderman.

A particularly important area for the foundation is employment. Ruderman sees how companies that hire people with disabilities experience practical and emotional benefits to their entire workforce, and those employers become the greatest champions of disability inclusion.

One example that moved Ruderman was seeing personnel from Brigham and Women's Hospital in Boston attend the graduation of young people with disabilities whom they had worked with on job skills. "These mentors - who worked in foodservice, as orderlies - were in tears seeing the people they had worked with graduate. For these employees, it was one of the most meaningful things they have ever done in their jobs. They were improving people's lives."

Ruderman believes that when you don't see companies hiring people with disabilities, it's often based on stigma and misconception that people with disabilities can't really work and will be a costly investment. His foundation helps employers move past the stigma. "Too many corporate leaders overlook the ability and just focus on the disability," he notes. "I would urge business leaders to not be on the wrong side of history."

There is clear evidence that the disability inclusion movement is making headway. The 2015 Kessler Foundation National Employment and Disability Survey found that the majority of Americans with disabilities are striving to work and overcoming barriers to finding jobs and succeeding in the workplace. How does this square with the continued high unemployment rate for people with disabilities? Unlike other studies, this survey highlighted the successes in finding and maintaining employment rather than focusing on the barriers to employment.

As reported by Elaine Katz, Senior Vice President for Grants and Communications at Kessler Foundation, "Americans with disabilities are encountering - and overcoming − barriers in finding and maintaining employment. The top three barriers to finding work were lack of sufficient education or training, employers' assumption that they couldn't do the job and a lack of transportation. In the workplace, the top three barriers were getting less pay than others in a similar job, and the negative attitudes of supervisors and coworkers. A substantial percentage of employees reported overcoming these barriers."

Ruderman's commitment to inclusion has led him to launch the inaugural Ruderman Inclusion Summit this year, to be held on Nov. 1st and 2nd in Boston. The goal is to pull together all stakeholders in the disability and inclusion community for strategic advocacy and awareness, peer to peer learning, best practices, and networking. "Everyone has a role in moving this agenda forward," says Ruderman. "Federal government officials, state government leaders, nonprofits, family members, individuals, special programs. We want to strengthen the network of advocates who can go out in society and demand change."

We have a long way to go before people with disabilities aren't just perceived as charity cases but as individuals entitled to have their rights honored by society. But Ruderman is encouraged by the breakthroughs he's seeing, and heartened by the trend he sees amongst younger generations, for whom labels are less important and acceptance of diversity is more common. "Ten years ago, could you have imagined that marriage equality would be the law of the land today?" he asks. "I believe that this message of inclusion as a civil right is being heard. American society is attuned right now to not allowing discrimination to continue."

That's good news for all of us, who may someday find ourselves personally needing the inclusion movement, if we haven't already.