It appears that Donald Trump successfully lost $915 million in 1995. We say "successfully" because it allowed him to avoid paying federal income taxes for up to two decades (at $50 million per year) and it may not have cost him a cent.

How does one lose close to a billion dollars in one year? With a flock of accountants and a congress of lawyers. 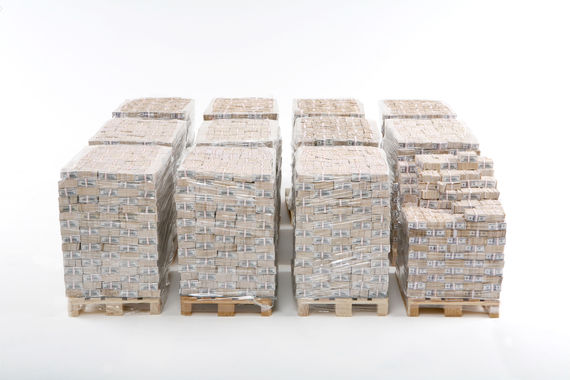 The New York Times report that Donald Trump took a tax loss of $916 million dollars in 1995 would seem to indicate that his company fell on hard times that year, right? You'd think it suffered major losses, wouldn't you?

Well, it didn't happen. We've uncovered financial reports from Trump AC and Plaza Associates and THCR (Trump Hotels, Casinos, Resorts) from archived Trump Organization websites for 1992 - 1995 and THCR (the successor company) from 1995-1996 that shows relatively consistent losses throughout the period, and one year of modest profit.

At worst, then, The Trump Organization showed a combined $12,954,000 LOSS in 1995 if one combines the reporting from both Trump Plaza AC and Associates and THCR. This is a far cry from the yuge $916 million loss claimed on Trump's 1995 tax returns.

Comparing these figures to the data on the leaked Trump tax returns, it appears that the THCR loss would be part of the $15,818,562 LOSS on line 11 of the leaked NY State IT-201 form.

The large loss apparently relates to Trump's sale, in 1995, of New York's legendary Plaza Hotel to Saudi and Asian investors. 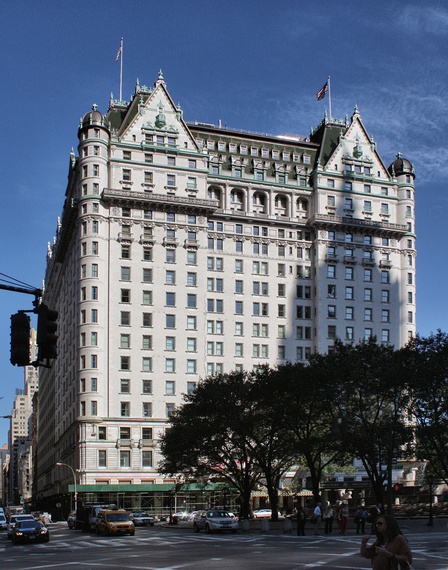 One of the perks of real estate investing is that temporary tax losses can be generated by depreciation, even of an asset that climbs in value. When the depreciated asset is sold, the depreciation is recaptured and taxes paid, although if like kind real estate is purchased within a short time of the sale, the profits can again be deferred in what is called a 1031 exchange. (Ask your tax accountant)

It is unclear how the relatively small sums dealing with the purchase and sale of The Plaza can be spun into a $915 million tax loss, so the answer may be related to financial magic. 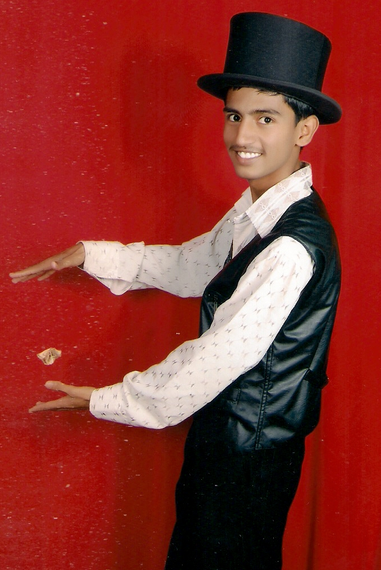 As it happens, Trump took out loans against The Plaza to purchase the Eastern Air Lines Shuttle (renamed Trump Shuttle) and to finance the construction of the Taj Mahal casino in Atlantic City.

Indeed, the 1995 purchasers of The Plaza seem to have assumed as much as $440 million in debt along with their purchase at $325 million, making the total purchase price closer to a $765 million value.

In addition, it appears the banks that funded the original purchase agreed to write down a part of their loans to facilitate the sale in 1995. Indeed, the NY Times discloses that the Citibank consortium that financed the purchase agreed to write off some interest on the debt. If that is true, then it is possible that Trump should have recognized income on the decrease in his liability, called mortgage relief.

Interestingly, among all of these financial machinations, Trump did not own The Plaza. The New York Times notes:

"After the Citibank consortium agreed to forgive the past interest payments on debt, Mr. Trump still retained the 51 percent interest on paper, but since he had no equity in the hotel -- having put up no cash when he bought it -- the banks effectively owned the property."

So it appears that Donald Trump lost nearly a billion dollars by buying, mortgaging and selling a hotel he didn't invest in and didn't really own.

Once Trump booked the loss, he sheltered nearly twenty years' of profits, allowing his fortune to grow, unhindered by the burdens of income taxes that the rest of us have to bear.

America. What a country! (If you're rich.)

The Trump campaign issued a statement that did not challenge the $916 million loss. It spun the issue as follows:

"Mr. Trump knows the tax code far better than anyone who has ever run for President and he is the only one that knows how to fix it."

But does he have the willingness to fix it?

By promising to leave the operation of his business to his children if he is elected, one would have to believe Donald Trump was Father Theresa to believe he'd change one word of the tax code that would work to his children's (or his eventual) detriment.

Looking at the Trump/Pence campaign website, it seems like the only "fix" Trump has in mind relates to an arcane concept of "carried interest" by which wall street traders get preferential treatment. Trump, not being a hedge fund type, would not be affected by the change. Trump also promises to lower taxes across the board, but he identifies no real estate tax loopholes he'd close.

This of course would all be academic if Trump would do what Hillary Clinton has done, and release 30 years of tax returns.

Here's what Trump says about releasing his tax returns:

The mystery of Donald Trump's financial affairs is likely to dominate the remainder of the election cycle. Without satisfactory answers, it could doom his campaign.

The question the media hasn't yet asked is how the government can operate if neither corporations nor individuals pay any taxes.

Other Opinion Pieces by Marty Rudoy

Wife to Charlotte Police: 'Don't Shoot Him. He Has No Weapon.'
Trump Asks Security Expert, 'If We Have Nukes, Why Can't We Just Use 'Em?'
The Only Way for Republicans to Save Their Party Puts Them in a Pickle