I shook my head. I didn't have a clue.

"It's kind of like a song or a sound you make that helps you focus your mind. Just like you've been focusing your mind on your breathing or the candle, this is another way to trick your mind."

I looked at her again and noticed she was wearing a necklace with a whistle and a bell. Is that what she was talking about? At that moment she leaned forward toward me and the bell made a little tinkle. I almost started laughing. She looked down at it and laughed. "No, that's not what I'm talking about."

"What kind of sound?" I had a feeling this was going to be weird.

"Well, it depends. People sometimes say a word that is important to them or a phrase that has some magical meaning. But it can be anything. The words don't really matter; it's the sound that matters."

"That's up to you. Whatever it is, you are going to chant it over and over again."

This was definitely going to be weird. I had no idea what important words I was supposed to come up with. The only words I had ever said over and over again in my head were curse words, and I was pretty sure that wasn't what Ruth had in mind.

"So what's it going to be?" Ruth was waiting patiently for me to come up with some magical word, and I had absolutely nothing.

"I don't know." I knew that, in magic, words were important. Abracadabra. Open sesame. These words had to be just right to work.

"What is the first word or words that come to mind? Anything at all."

"Chris," I said to myself. It was the girl from the upstairs apartment. I was searching in my head for what I thought would be an appropriate word. I couldn't think of anything else. Suddenly the image of a doorknob popped into my head. A knob. Chris knob. To this day, I don't know how I arrived at that combination of words or what meaning they had to me at that moment.

"Yes," I said, but I suddenly felt shy. I had chosen the wrong words. They were going to sound stupid and probably wouldn't work.

"Now say it to yourself, but slowly, and stretch out each word as you say it."

I did it again a few times in a row.

"Now I want you to chant it to yourself. Over and over for the next fifteen minutes."

Ruth looked at me and I'm sure I looked back at her like she was out of her mind.

"Just focus your mind on the sound of each word. Don't think about anything else."

Ruth was right. It was hard to think about anything else while I was chanting my made-up mantra. And even though I was saying the word Chris combined with the word knob over and over again, I couldn't even focus on her or the doorknob. It didn't matter if she knew I existed or what she thought of my tooth or if she noticed I had a pimple. That wasn't the point. The point was, I didn't hear the deejay. He had stopped playing.

I practiced my mantra at home. Sometimes for hours at a time. For reasons that I understand now, it was amazingly calming. Repetition. Intention. The surest way to change your brain. By combining the breathing technique that Ruth had taught me with either looking at the flame of a candle or slowly repeating my mantra, things began to change.

Eventually, my father did come home. This time he was hungover and repentant. My mother had come out of her room, and it began. The usual arguments, but this time it included the fact that we had been given an eviction notice. I had been in my room for the last few hours practicing my breathing and chanting to myself. For reasons that I can't explain, I walked into the room and told them I loved them. I realized I saw them in a different way. I went back to my room. I didn't feel angry or upset. I accepted the situation. I realized after a few minutes that I didn't hear anything either in my head or outside of it. The house had gone silent. I walked back out to the living room and saw that my parents were just sitting there quietly.

At that moment, I didn't really know if things were going to be OK or not. I knew they loved me as best they could. And that was far different from how I had hoped for so long that they would love me. Yet at that moment, it felt like enough. 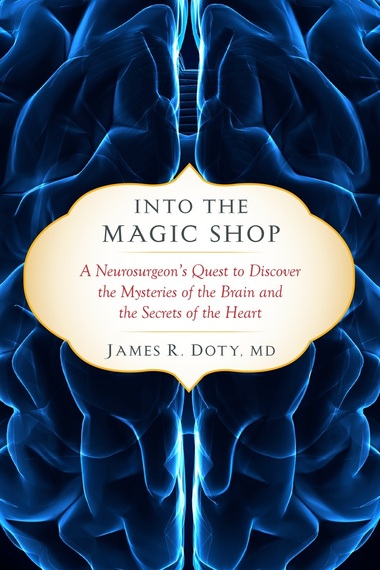 Into The Magic Shop


More:
GPS For The SoulmantraMindfulnesscompassionMeditation
Newsletter Sign Up
An essential daily guide to achieving the good life
Subscribe to our lifestyle email.
Successfully Subscribed!
Realness delivered to your inbox