Thinking helps fuel the growth of deadly brain tumors, according to a surprising new study from Stanford University School of Medicine.

The study, which was recently published in the journal Cell, found that tumors actually use nerve activity in the cerebral cortex -- i.e., thinking -- to promote their own growth.

The researchers observed high-grade gliomas, a deadly form of tumor that starts in the brain or spinal cord, and makes up roughly 80 percent of malignant brain tumors. Currently, treatment options for high-grade gliomas are very limited.

The study, which was conducted on mice, was the first to show that brain activity can stimulate the growth of brain tumors. This is surprising, given that the function of other organs does not seem to drive tumor growth -- breathing, for instance, does not fuel lung cancer.

How does it work? The researchers identified a protein in the brain, neuroligin-3, that in a healthy brain is involved in the growth of new synapses and the brain's ability to rewire itself. Using optigenetics, the researchers showed that when a tumor is present, the protein promotes the growth of the tumor. 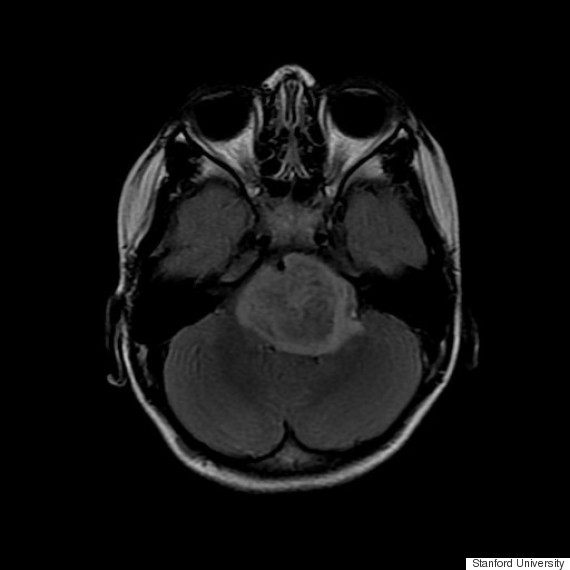 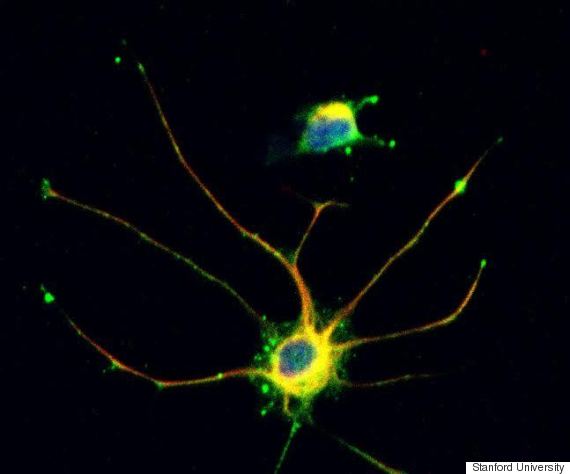 MRI of the tumor (top) and glioma cells growing in a lab dish (bottom).

So is the answer to reduce mental activity? Monje doesn't think so.

However, the findings could pave the way for new treatment options, possibly by interrupting the pathways linking brain activity to tumor growth.

Dr. Tracy Batchelor, a neuro-oncologist at Massachusetts General Hospital who was not involved in the research, told NPR that the discovery "has opened up a window into potential therapeutic interventions."