From the air, the Midwest looks like a checkerboard, with squares of cornfields, pastures, and farms spread across a perfectly flat landscape.

But from the ground, it can be an outside-the-box experience.

Indianapolis isn't what you would expect. Consider The Children's Museum of Indianapolis, a place where life-size dinosaur sculptures break through the walls and little distinction is made between interior and exterior. 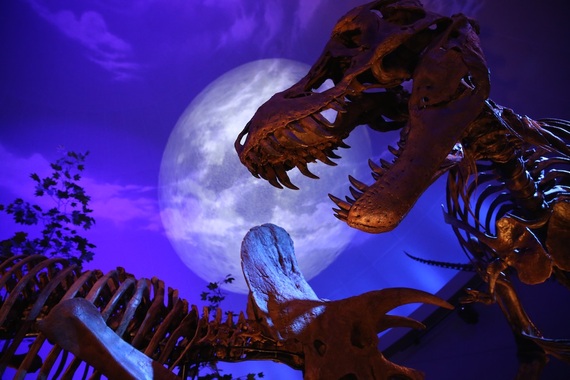 In fact, the entire building is a mashup of modern and historic, artifact and pop culture, legend and fact. They practically dare you to cross the lines in the spirit of exploration at the largest children's museum in the world.

Our kids were floored by the latest artifacts collected and preserved by the in-house paleontologist team. In their labs, the scientists identified a new species, named Dracorex hogwartsia, a peculiar-looking dinosaur. There's also an odd-looking T. rex head, thought to be the first scientifically accurate, full-sized reconstruction to sport feathers. 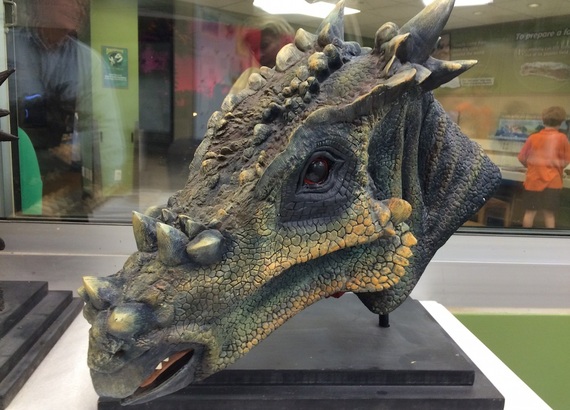 The exhibition team is also constantly developing new exhibits that feature characters you're more likely to encounter on a Saturday morning, like Transformers and Hot Wheels. These interactive displays actually serve an educational purpose: to develop learning skills that will help the next generation break through more walls. (I'm sure next month's Teenage Mutant Ninja Turtles exhibit will help. Cowabunga!)

One of our favorite examples of outside-the-box thinking unfolded at Union Station in downtown Indianapolis. What should you do with a decommissioned train depot in the center of town? Why, regale visitors with the fond nostalgia of rail travel and reimagine it as a luxury hotel, of course. 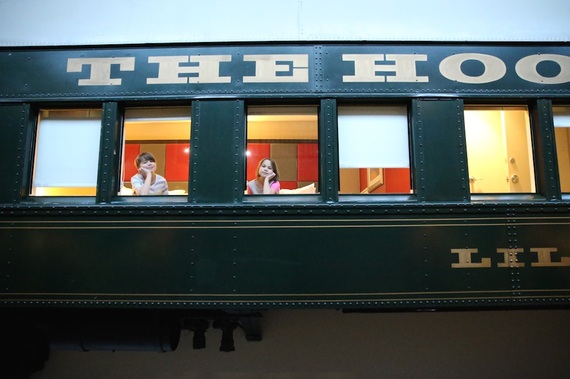 The Crowne Plaza Union Station kept most of the existing structure intact, including two rows of rails, complete with train cars. Blanketed within the walls of the hotel, the passenger cars have been transformed into 26 rooms to create a touching and unique tribute to the history of the building.

The cars blend nicely with the rest of the more traditional hotel features and other accommodations. Though the rooms are a bit narrower than the standard -- after all, they have to fit within the walls of historic rail cars -- they make up for it in charm. 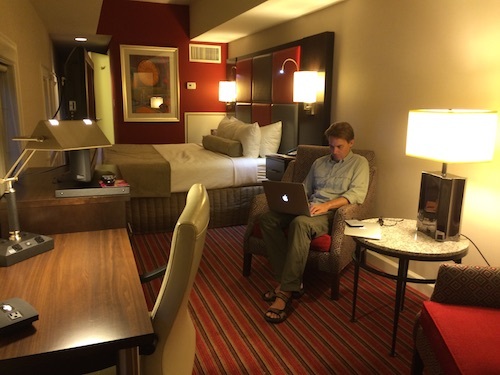 Creative thinking in Indiana isn't limited to the state capital. Just south, in Columbus, you'll find a city obsessed with innovative and creative design. It started in the 1950s, when a local businessman named Irwin Miller encouraged the town to work with internationally recognized designers to build community projects. The result is a city with a comprehensive collection of mid-century modern architecture, one of the most diverse displays in the country.

And it isn't limited to civic structures. That same businessman commissioned three of the 20th century's most influential creative geniuses in design to build his own home, the Miller House and Garden. It's a great example of mid-century modern residential architecture as well as the blending of all three major design disciplines: architecture, landscape and interiors. 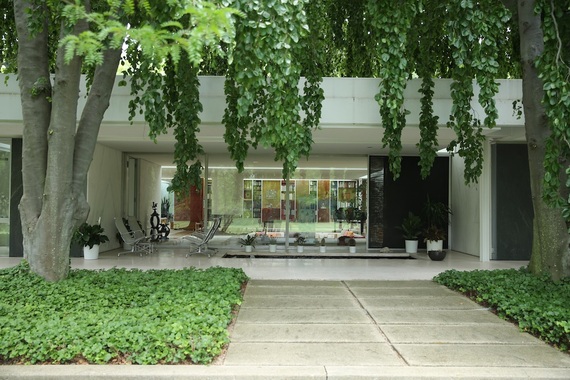 It is said that instead of approaching the building as a home, architect Eero Saarinen (you know, the guy who designed the Gateway Arch in St. Louis -- yeah, that Saarinen) asked the Millers to describe their ideal house. And they did.

The result is a home based on activity hubs rather than number of occupants. Legendary interior designer Alexander Girard used his eclectic style to accent the needs of the rooms by adding splashes of color, texture and novelty. Renowned landscape artist Dan Kiley treats the gardens as if they are an extension of the house, lending a fresh natural airiness to the porches and views. 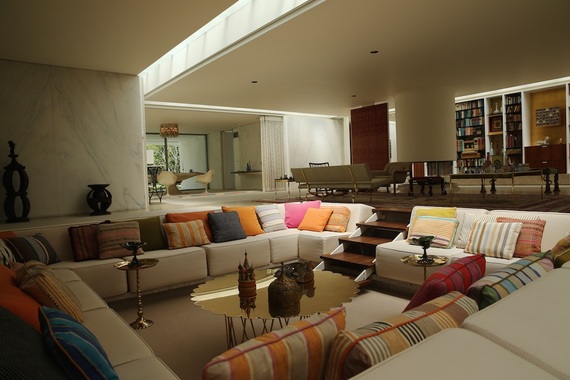 And there they are again. Those same squares you see from the air, represented everywhere in the house and on the property. Squares in the kitchen tiles. Squares of tidy grass in the garden. Some may see it as a nod to a square Midwest, but if you really spend time here, if you take the time to really understand, you'll interpret it as a challenge.

Don't be constrained by the boxes. Break free of them. Even here. Especially here.