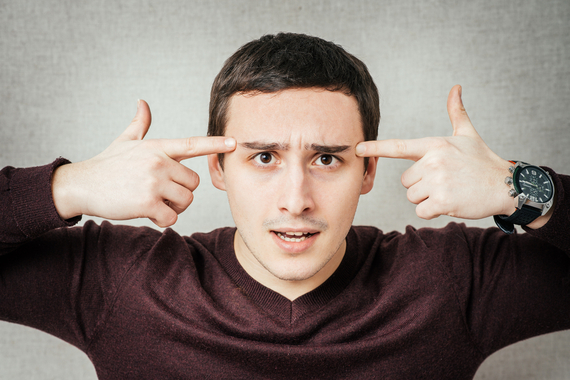 At a time when Americans are feeling a heightened sense of insecurity and anger, and with polls showing concerns about terrorism rising from 8% to 27%, the public needs to know one of the dirty truths that underlie the bitterly partisan battle over gun control. Like other issues that divide the two parties such as energy policy, reigning in pharmaceutical costs or preserving federal banking regulations, corporate profits are in direct conflict with the public interest and the GOP is seen as allies and advocates for big business. And one of these benefactors is the gun industry.

The NRA has skillfully positioned itself as sort of an informational public service organization, when it's really a lobbying group for the gun and ammunition manufacturing industry which in 2013 was a $16 billion dollar business, with a $2 billion annual profit (and sales are estimated to rise $8.4% annually). As long as we're talking about big money, here's a truly staggering number; the estimated cost of fatal and non-fatal gun violence in the U.S. was $229 billion dollars or 1.4% of total gross domestic production.

One of the reasons the NRA has a vice-like grip on the GOP is that gun control is such a visceral issue for some gun owners; they are adamant and uncompromising and if their vote is based on a single issue, that's the one (and many of these people live in rural areas of the country, where their votes are very important to Republican candidates). The NRA has been very skillful at turning every argument against guns, even seemingly rational proposals like denying guns to people on the terrorism watch list, into "this is the beginning of the end of your right to have guns." To that point, the NRA and gun lobby spent over $38 million dollars in 2012 on federal lobbying efforts and getting certain candidates elected.

Over 30,000 Americans are the victims of gun deaths every year, but the reality is only a tiny fraction are caused by large rifles and assault weapons; the majority are committed by handguns. On a practical level, there will be no gun control legislation passed before the 2016 election, so rather than focusing on stalemated politics, why not concentrate on an advancement that could take place through a public/private sector partnership: the development and manufacturing of safer handguns known as smart guns.

A smart gun is a firearm that includes a safety feature that allows it to fire only when activated by an authorized user, using existing technologies such as palm or fingerprint recognition. A study in the Annals of Internal Medicine found that people who live in homes with firearms are over three times as likely to die from suicide and two times as likely to be a victim of homicide, as having a gun in the house greatly increases the odds of it being used in a domestic dispute or an intruder using it against the owner. Plus, more than 230,000 handguns were stolen in 2013, some used later in violent crimes. If these safety features can prevent misuse, accidental shootings by children and teens, gun thefts, use of the weapon against the owner, and self-harm, doesn't it make sense to offer responsible gun owners an extra layer of protection?

Being pragmatists, we are not for or against the NRA, and the fact is they're not going anywhere. So the question becomes how do we work with them because to give smart guns a chance to enter the marketplace, the NRA and the gun industry must be part of the solution. A significant number of NRA members support gun safety education and at the least may be open to expanding research into smart guns and educating the public about any new technology that would also be available.

Gunmakers must understand that offering smart guns would not only be a savvy public relations move, it could create a new revenue source aimed at the next generation of gun buyers, as well as drive some current gun owners to retrofit their handguns or purchase new guns, a windfall for the industry. The truth is people are going to continue to buy guns and this would simply offer consumers the chance to choose between a traditional handgun and one that offers additional safety.

The GOP cannot afford to be perceived as the party that turns a blind eye to the carnage of gun violence. If we actually work with the gun industry and NRA to get them thinking, "OK, here's a way we can advocate safety while selling more guns," they would have to consider it. Smart guns will not solve the horrific mass shootings in America, but if we want to stop some of the bleeding, the public and private sector must agree that handgun safety can be good for business and good for the country.