"There are no second acts in American lives," Scott Fitzgerald famously wrote. That may have been true in Fitzgerald's day, but now, in the 21st century, as more and more baby boomers are transforming our expectations of old age, retired Americans are discovering third acts in their lives -- life-altering experiences that happen after the age of, say, 65.

In October I wrote a blog post, "No, I don't want to Die at 75!" in response to a widely discussed article in "The Atlantic" by a famous scientist named Ezekiel J. Emanuel. He wrote that he wanted to die at 75 and that, after he turns 65, he plans to discontinue all his health care because the "manic desperation to endlessly extend life is misguided and potentially destructive," as it burdens our children with the "wrong kind of memories...We are no longer remembered as vibrant and engaged but as feeble, ineffectual, even pathetic."

I should mention here that Mr. Emanuel is a youngster of 57, and that I am about to turn 74, which makes me too old even to count as a Baby Boomer (people born between 1946 and 1964.) I wrote in my post, "I submit that my quality of life in my late sixties and early seventies is better than at any previous time in my life," and I gave examples, ranging from returning to my first love -- painting -- to visiting a Hindu wedding in India, a butterfly sanctuary in Mexico, sea turtle beaches in Nicaragua, and, especially, discovering the ineffable joys of being a grandmother.

After that blog post was published, I began to hear of fellow senior citizens who had achieved truly remarkable third acts in their lives at an age when, according to Mr. Emanuel, they should have been buying burial plots. 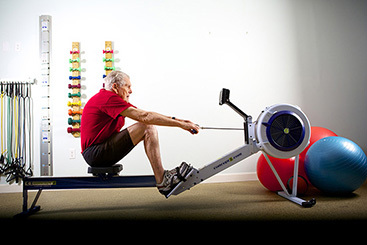 Take Stephen Richardson, who, at 94, still competes in rowing. He began rowing when he was a student at Harvard in the mid-1940's, but it wasn't until he turned 50 that he started running marathons as well. He ran at least 28 marathons between the age of 53-68, including a first-place finish in his age group at the London Marathon, and recorded his best-ever mile time at the age of 60. Now, six years short of his 100th birthday, he still competes in rowing and running.

Three friends, Katherine Southworth,78, Jack Taylor, 80, and Marilyn Wentworth, 84, got together after retirement -- when they were all in their seventies and living in RiverWoods retirement center in New Hampshire -- to write and publish a book about World War II memories. They collected 75 first-person narratives, including period photos, maps and a detailed index. Before they ventured into publishing, Katherine was a director at a New York school, then an EMT for the North Hampton Fire Department, Jack earned a PhD in physics at MIT in 1961, then served at the Army Signal Corps Laboratories doing research on detecting nuclear tests, and Marilyn, after working on Wall Street, entered graduate school at age fifty, earning a masters degree, then becoming a registered dietician and teaching college level nutrition. All three became first-time authors after the age of 75.

The most unexpected third act I heard about belonged to Nancy Alcock, a native of Tasmania and a biochemist who worked for Memorial Sloan Kettering Cancer Institute before her semi-retirement as one of the first women faculty members at the University of Texas Medical school. An independent woman who had never married, the last thing Nancy expected when she quit work at 74 and moved into the RiverWoods community, was to become a first-time bride, but that's what happened.

Dr. Henry Hood, a retired neurosurgeon who, by coincidence, had worked with Nancy at Sloan Kettering but never knew her there, had also moved into RiverWoods with his wife, who was in poor health. After she passed away, Dr. Hood became a member of RiverWoods' Resident Council and got to know his former colleague, Nancy, during council committee meetings. When they were married in 2008 in the Cathedral of the Pines in Rindge, NH, Henry's children and grandchildren were in attendance. Later they flew to Tasmania for a similar celebration with Nancy's family. Nancy and Henry are not a rarity -- in fact, there have been six weddings at RiverWoods alone in the past four years.

RiverWoods is one of 1900 Continuing Care Retirement Communities in the United States, the majority of which are non-profit. A CCRC guarantees that their residents, who join when they are able to live independently, will have lifetime health care at both Assisted Living and Skilled Nursing levels, if and when they need it.

Because such communities provide amenities encouraging residents to discover new activities and creative outlets -- such as art studios, libraries, pools, fitness centers, gardens and access to nearby theaters, shops and sports -- it's not surprising that many retired citizens have reinvented their lives, because they are encouraged to pursue passions they didn't have time for earlier. In fact, it appears to me that the Baby Boomers, who basically invented their own style of being teenagers, then campus activists, then deeply involved parents, and environmentally responsible consumers, are now creating a new way of being old -- boldly inventing third acts in their lives instead of declining into Mr. Emanuel's characterization of us as "feeble, ineffectual, even pathetic."

A Rolling Crone, blogging about travel, art, photography and life after sixty.