In his 2009 book "The Empathic Civilization: The Race to Global Consciousness in a World in Crisis," Jeremy Rifkin posed one of the defining questions of our time: in a hyper-connected world, what is the goal of all that unprecedented technological connectivity? "Seven billion individual connections," he wrote, "absent any overall unifying purpose, seem a colossal waste of human energy."

Now, I'm delighted that The WorldPost is featuring a new series by Rifkin exploring how the possibilities of an even more connected world can lead to solutions to one of our greatest crises: climate change.

With 2015 widely predicted to supersede 2014 as the hottest year on record, the topic's relevance and timeliness are obvious. According to analysis by Climate Central, "13 of the hottest 15 years on record have all occurred since 2000 and ... the odds of that happening randomly without the boost of global warming is 1 in 27 million."

'Thirteen of the hottest 15 years on record have all occurred since 2000 and ... the odds of that happening randomly without the boost of global warming is 1 in 27 million.'

At the same time, we're in a moment of real promise, which is why the series, the "Third Industrial Revolution," will focus not only on the climate crisis but also on the wealth of innovation, creativity and potential solutions out there, which media too often overlook.

Rifkin, one of our premier scholars and thinkers whose work confronts a range of global challenges, sees the rise of "a new biosphere consciousness, as the human race begins to perceive the Earth as its indivisible community. We are each beginning to take on our responsibilities as stewards of the planetary ecosystems that sustain all of life," he writes. And this new consciousness is coalescing at a moment when we are seeing a tipping point on climate change -- both in terms of awareness and action.

For instance, we have seen an unprecedented commitment to common action by the leaders of the two largest economies in the world -- the U.S. and China -- to significantly reduce greenhouse gas emissions. In September, cities, states and provinces from around the world came together in Los Angeles to make the same commitment and to find practical ways to work together at both the global and local levels.

In June, Pope Francis drew worldwide attention to climate change with the release of his encyclical "Laudato Si," which elevated the issue to a spiritual challenge and moral imperative. As HuffPost's Jaweed Kaleem wrote at the time of the encyclical's publication:

In the lengthy treatise, more broadly addressed to 'every person' who lives on Earth, the pope lays out a moral case for supporting sustainable economic and population growth as part of the church's mission and humanity's responsibility to protect God's creation for future generations. While saying that there were natural causes to climate change over the earth's history, the letter also says in strong words that human activity and production of greenhouse gases are to blame.

Then there is the U.N. summit on climate change, from Nov. 30 to Dec. 11 in Paris, with the goal of reaching a binding international agreement to reduce emissions. As President Obama told Rolling Stone in September, looking ahead to the Paris talks, "we're now in a position for the first time to have all countries recognize their responsibilities to tackle the problem, and to have a meaningful set of targets as well as the financing required to help poor countries adapt." If the summit leads to meaningful commitments, Obama said, that will pave the way for future progress: "Hope builds on itself. Success breeds success." 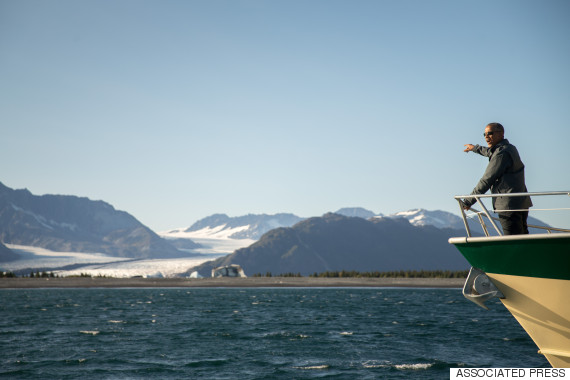 For all the promise and possibility of official gatherings, much of the change we need will come from outside the halls of power. This is where technological advances and innovations, including the Internet of Things, are especially important. Rifkin sees tremendous potential in this aspect of increased connectivity: "For the first time in history," he writes, "the entire human race can collaborate directly with one another, democratizing economic life." Advances in digital connectivity, renewable energy sources and smart transportation are allowing us to responsibly shift the way we see the world and our place in it.

Rifkin labels all this the "Third Industrial Revolution" because, "to grasp the enormity of the economic change taking place, we need to understand the technological forces that have given rise to new economic systems throughout history."

In the coming weeks, our series will outline the path ahead for the realization of this Third Industrial Revolution. And a range of other voices will join the conversation, including Chinese Premier Li Keqiang on how the Internet of Things can boost China's manufacturing base and Italian Prime Minister Matteo Renzi on the need for a new, forward-looking narrative for European unity that captures the imagination of young people.

So please join the conversation on climate change, technology and the growing global movement toward solutions. And, as always, use the comments section to let us know what you think. Read the first essay here.