This story is the fourth of four profiles of couples taking a third metric approach to matrimony, prioritizing wellbeing and fun ahead of wealth, status and being constantly "on." Check out how Meghan and Josh, Sarah and Jeff and Dana and James used the same strategy to transform their marriages.

Dustin Riechmann, 34, and his wife, Bethany, 32, are proof that a third metric marriage is possible to achieve even if you didn't start out with one, and even with two kids and a third on the way.

By 2010, nine years into their marriage, Dustin, a transportation engineer, and Bethany, a special education teacher, had made it through early parenthood and found it to be just as stressful -- both individually and as a couple -- as everyone says. Their son, Braden, was born in 2005, and daughter Kendall arrived in 2007. In the evenings, Dustin took classes, eventually receiving his engineering license followed by a graduate degree.

When Braden was born, the two got serious about their finances and scrimped to pay off around $54,000 in student and car loans, and credit card bills. Dustin commuted 35 miles each day to and from their home in Glen Carbon, Ill., and worked overtime to bring in extra income. Both he and Bethany gained weight, and work and child care consumed much of their lives.

"It was get up, get ready, get the kids to day care, go to work, come home, fix dinner, kids in bath and bed, and that was it. Our days went by very quickly," Bethany recalled. "Like our money, we didn't know where they went." 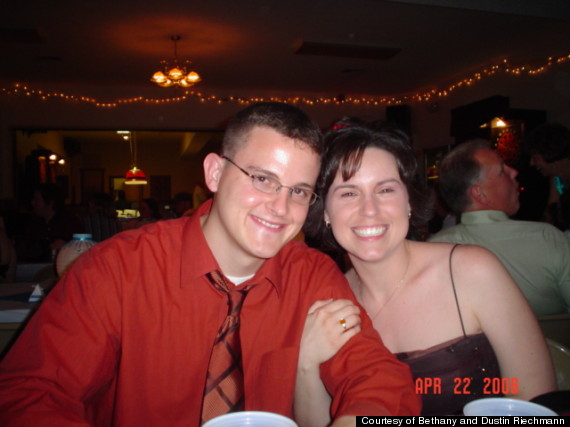 Bethany and Dustin in 2006, after Braden was born but before they had Kendall.

Unsurprisingly, their schedule took a toll on their marriage. "We weren't going on date nights, and we weren't doing a lot of things to keep our marriage fresh," Dustin said. Bethany said she often expressed her exhaustion and frustration by withholding sex.

Like many couples caught in the endless swirl of work, kids and bills, Dustin and Bethany thought this was just how their lives were going to look for a while. “You think back, and there are some good memories with the kids, but life wasn't very fulfilling at that time,” said Dustin. “I didn't really see a different option,” added Bethany.

In 2008, they finished paying off their debt. The accomplishment brought them a lot of pride, but their daily lives didn’t change much.

Then, two years later, Bethany and Dustin had an unexpected awakening. They attended a marriage retreat organized through their church to observe and learn how to facilitate similar events. At that point, Bethany was pregnant with their third child, and Dustin had started his blog, Engaged Marriage, where he writes about optimizing various aspects of married life, including finances, communication, fitness and sex. Despite struggling to get through their day-to-day, they were among the marriage experts at the retreat.

One of the activities involved each spouse describing their dream marriage to the other. "We thought it was corny," said Dustin. "We ended up both in tears." 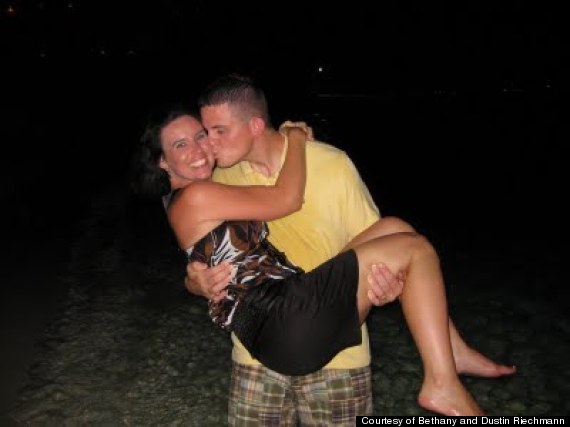 Bethany and Dustin in Cancun in 2009.

Bethany voiced an old desire, tabled in the face of their debt, to stay home with their kids. Dustin told Bethany that he felt, "we just had no margin in our lives," for exercise or fun or each other. They realized how far their marriage was from the one they had imagined.

After the retreat, Bethany quit teaching and became a full-time mom. Dustin found a job at a different company where he makes more money, and his commute is only five minutes. With Bethany at home, they no longer have child-care expenses, so it works financially. They've even reorganized their home to reduce their stress levels; the kids' bedrooms are upstairs and the master bedroom downstairs. Dustin's home office, where he blogs in the early mornings, is off-limits to their children, and he and Bethany keep all the kids' toys and other paraphernalia out of their bedroom.

Most importantly, they have created the margins they lacked. They now go running together consistently, and date nights are a regular thing. "If I'm more relaxed and feeling supported, I'm a lot more open to being romanced," said Bethany.

They've also dropped the idea that "sex was reserved for when weren't stressed out, when everything else is already done and perfect," said Dustin. Now they're more open to sex as a form of stress relief. "It can still be intimate that way," he said.

Bethany and Dustin both emphasize that the changes they've made took a lot of work. He admits that it probably would not have been possible for Bethany to quit her job if they hadn’t paid off their loans.

And as much as she wanted to stay home, Bethany said leaving her job was not easy because her coworkers had been her best friends for years. Still, it was worth it. “It was something I felt called to do," she said. "There's a peace in that.” 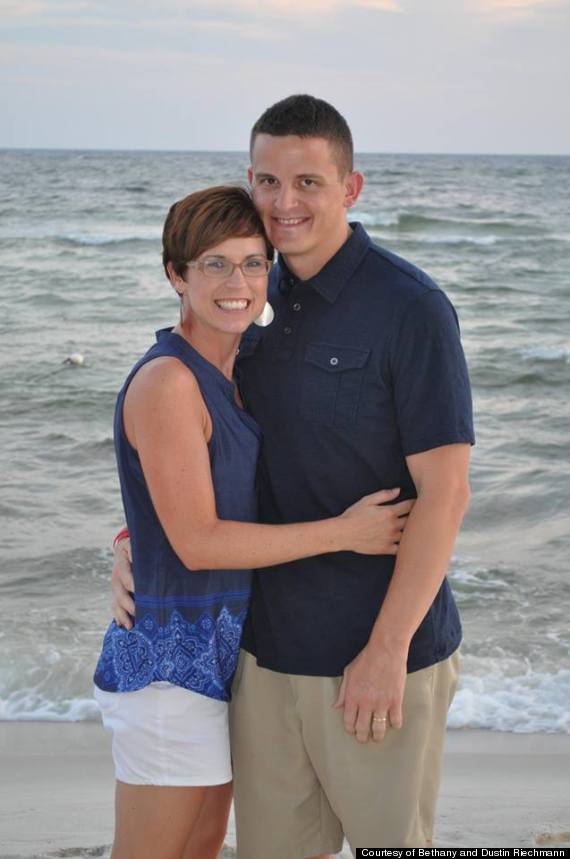 How To Have A Stress-Free Marriage