Bra shopping ranks only slightly above going to the OB-GYN in terms of things women dread doing. And one of the biggest drawbacks of shopping for delicates is the privacy factor -- being measured by a total stranger in a cramped dressing room isn't exactly a party.

Enter ThirdLove, the app that claims to "transform your phone into a virtual measuring tape." With only a few taps of your iPhone, this free app says it will size your bust and then allow you to shop their wide selection of underthings. The app instructs you to take two photos of your chest (with a bra on, of course) and within seconds, it spits out your size.

ThirdLove's app has been around since 2013, but it's gotten such praise since it launched that we decided it was time to put it to the ultimate test. We asked five Huffington Post editors with five completely different body types to get sized using the app, and then order the company's 24/7 T-Shirt Bra (which retails for $64) and give their honest feedback. Let's just say, it was a much more pleasant experience than going to the store. Now if only we could get an app for going to the gyno ...

"The app was a lot easier to use than I thought it would be. Taking a few photos by yourself in a room is much easier than having a stranger measure your bra size!" -- Carly Ledbetter, Associate Lifestyle Editor

"Yes, the app was relatively easy to use. I had a bit of trouble taking one of the photos, but the instructions were clear and for the most part simple to follow." -- Jamie Feldman, Associate Style Editor

"It was pretty easy to use, especially with the video tutorial and visual guide that walked you through the process." Dana Oliver, Executive Fashion & Beauty Editor

"So easy. And I usually struggle with directions of any kind." -- Alison Spiegel, Staff Writer, Food & Travel

"It was so easy to use. There were step-by-step instructions so it was virtually impossible to mess up. I was really surprised at how seamless the entire process was." -- Michelle Persad, Fashion Editor 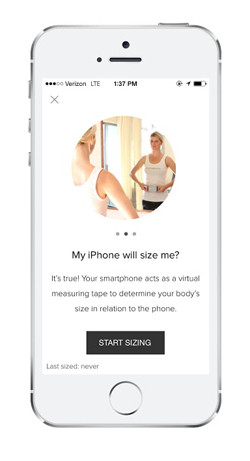 2. Was the bra size they told you on the app bigger, smaller or the same size as you thought you were? 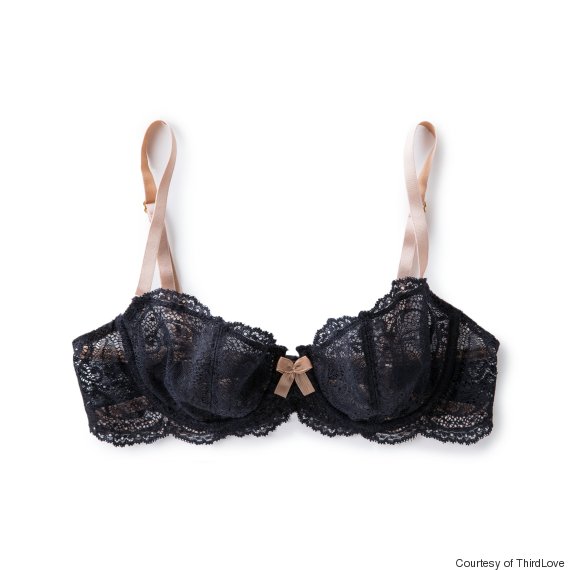 3. How does the bra fit? Especially as compared to other bras?

"The bra is WAY better than all of my other bras. I really like the straps, they don't normally fit as tight as they would on other bras. And since I have a larger bust size, I generally like to look for a supportive bra that won't further accentuate my assets. This bra supports me and even appears to minimize my chest! I love it." -- CL

"Compared to some of my other bras, the ThirdLove bra was not as great a fit. I am pretty large-chested, and it's hard for me to find bras that I feel are supportive without making me look bigger than I already am. It is comfortable, though." -- JF

"It fits like a glove -- practically the closest thing to feeling naked underneath my clothes. Unlike other bras, the ThirdLove 24/7 bra cups aren't bulky and the straps are smooth and seamless." -- DO

"It fits well! This was the first bra in history where I didn't have to adjust the shoulders." -- AS

"I'm obsessed with this bra. It fits perfectly and it's very comfortable. It also looks great under all my clothes. I plan on ordering it in every color." -- MP

"5 -- it really surpassed my expectations and the bra is more high-quality than I thought it would be." -- CL

"3.5. I love the idea, and it was certainly on point, but I think for me specifically, I am better off going to see someone and trying on bras in person." -- JF

"4, the second portion of the sizing tutorial was a little glitchy and required extra time to get it right." -- DO