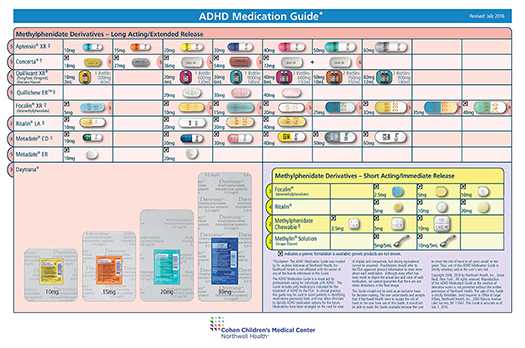 I've been back in the United States now for a month. Time once again is flying. I've been involved in finding another place to live. Denise and I have leased a house an eight-minute walk to the commercial district Lakeshore Drive in Oakland. At least for me this is an attempt to recapitulate my Melbourne living experience on Hardy Street in South Yarra. Honestly I don't think it can compare -- living behind the Prahan Market has no equivalent in the Bay Area -- but I'm going to give it a try.

Being back for a month also allows me to compare and contrast the U.S. and Aussie lifestyles this time from perspective of the North American continent. Many of you know that I wanted to live in Oz in part to experience working as a behavioral/developmental pediatrician in another country. In the U.S. I'm considered a bit of a heretic in that as an M.D. I continue to treat children and their families with non-drug interventions (primarily behavioral strategies orchestrated by the parents and educational/behavioral interventions at school). However, I regularly also prescribe medication to children (and adults) when, after a couple of months, the non-drug interventions are not sufficiently effective.

I would estimate somewhere between a third to half the children I see and evaluate do well enough without the addition of medication. My lower medication rate is in contrast to the 90% + medication rates that American child psychiatrists and behavioral/developmental pediatricians maintain in their private practices. Ironically in Australia I was considered a fairly "big" medicator in the clinics in which I participated.

To that end I would like to speculate on 13 reasons why Australia uses less prescription stimulants -- specifically Concerta and Ritalin which are methylphenidate and Adderall which is amphetamine -- than in the U.S. With some difficulty I located the country by country rates of the use of Schedule II controlled prescription stimulants within the latest, 2014 Technical Report of the International Narcotics Control Board (a UN organization based in Vienna) pp. 129-132.

The following numbers next to each country represent the daily divided dosage (DDD) on a per capita basis for each country. The number represents total usage for children and adults. Legal adult usage is restricted to the United States as the recognition of adult ADHD is pretty much limited to the U.S. and Canada. The second number compares the country's usage to the U.S. with 1.00 being the American rate.

I find this data irresistible when it comes to speculation. I have no idea how one would even begin to do scientific research on the many complex reasons that would go into a country's use of prescription stimulants. For example, I find it very interesting that the Scandinavian countries are relatively more represented in the higher usage brackets. Canada as number three is no surprise since Canada's proximity to America makes it so affected by the U.S. culturally. Still they use only half what Americans do.

The Aussies use about one-sixth the American rate. Germany and Spain are just below Australia. Then there's a big drop with the last four countries. I find especially fascinating the extremely low rates in Japan and Italy -- two very "advanced" countries (one Eastern, one Western). Finally, I don't think prescription stimulants are legally used at all in China. Indeed, how do the Chinese deal with hyperactive kids who are present to some degree in all populations?

But here are 13 possible reasons as to why prescription stimulants are less used in Australia, where I lived and practiced for a year, compared to the U.S. The order does not reflect the reason's relative importance to the rates.

1. As mentioned there's much less adult ADHD in Australia (prescriptions for adults surpassed those for children in the U.S. in 2012).

2. General practitioners in Australia, who are the gate keepers to all medical care (you must go to a GP first before trying to see a specialist), cannot prescribe stimulants. Primary care docs in the U.S. can (particularly pediatricians who, not child psychiatrists, are the main prescribers for children).

3. All Australian Medicare holders can access 10 counseling visits at minimal cost. In the U.S. access under private and public insurance is much more inconsistent.

5. There is higher resistance to using psychiatric drugs in children with parents in Australia compared to U.S. This resistance is slowly changing in Australia. However, the U.S. population has completely been brainwashed by nearly 20 years of "education" by experts and big PHARMA on "chemical imbalances" in the brain as the cause of children's poor behavior or learning.

6. Increased skepticism of drug company sponsored research in Oz compared to U.S. -- so much so that Australian government guidelines for the diagnosis of ADHD in children and the use of medication as a treatment were initially revised and then abandoned after complaints that much of the data used for the guidelines had come from Joseph Biederman's team at Harvard (Biederman's work has been comprised by conflict of interest scandals).

7. Probably less pressure from schools to get ADHD diagnosis and meds for children in Oz compared to in the U.S. In America the school psychologist's evaluation of an at risk child usually includes a recommendation to visit a medical doctor. That's code for "get your child on medication" -- which by law the schools are not allowed to specifically recommend.

8. There is no insurance incentive for Australian psychiatrists to medicate compared to providing counseling like in the U.S. An American psychiatrist will make approximately twice as much in seeing four 15-minute "med check" visits vs. one 45-50 minute face-to-face consultation with the child or family. However Australian Medicare does similarly incentivize (in terms of reimbursing for only limited time) Australian pediatricians to medicate their patients.

9. Discipline standards for children in Australia, especially in school, seem higher compared to U.S. (e.g., ubiquitous school uniforms in Australia). Completely anecdotally, I saw only two public episodes of children's out of control behavior while living in Melbourne. I did experience seeing some examples of out of control behavior in some situations where parents were absent in Indigenous children in Adelaide.

10. Both Perth and Sydney have had major negative publicity over high prescribers of children's psychiatric medication. Similar reports of opprobrium have had limited impact in the U.S.

11. Australians appear to continue to have a more positive attitude towards the trades (tradies) vocations compared to the U.S., making attending university less mandatory.

12. Australia's minimum wage nationally is $19/hour: time and a half for Saturdays and double time for Sundays and holidays. The U.S. minimum remains $7.25 though in some states and cities it is higher (but not $19). Lower relative wages in the U.S. put pressure on parents and ultimately their kids.

13. Australia's "no worries" attitude translates to a higher tolerance for differences in temperament and talent (not necessarily with regards to race) compared to the U.S. In the U.S., the highest rates of medication usage in children correspond very closely to the Red States (North Carolina had the highest rate of ADHD diagnosis and medication in country).

I am very interested to hear both Australian and American, professional, lay and parental reactions to this list of countries and speculations. I don't think we'll ever have an exact answer to explain this discrepancy of stimulant use between Oz and the U.S. It's pretty obvious which country I feel is handling their problem kids better. But what do you think?