NASA and SpaceX will launch "Up in the Air," the new song, from the Cape Canaveral Air Force Station. It will travel aboard a Falcon 9 rocket carrying a Dragon cargo capsule and land at the International Space Station, where it will be greeted by astronaut Tom Marshburn.

The launch is scheduled for a 10:10 a.m. liftoff and can be watched live at NASA's live-stream website. In case you're wondering if sending a song is an efficient use of a rocket heading to space, fear not: The Dragon capsule will be loaded with over 1,200 pounds of scientific paraphernalia.

Marshburn and the band will do a live Q&A on March 18, the day of the song's worldwide premiere. Fans can view the conversation at the band's website.

The extensive effort marks the beginning of Thirty Seconds to Mars' promotional activity for their fourth studio album, due out later in 2013. Leto and his fellow bandmates toured their previous album, "This Is War," for two years, setting a Guiness World Record for the number of shows played in support of a single album (311-plus shows in 60 countries on six continents).

"Up in the Air" isn't the first piece of music to make its way beyond Earth's atmosphere. NASA launched the Voyager Golden Record in 1977 aboard both Voyager spacecrafts, which have since exited the solar system. They continue to venture into space and contain a number of international, mostly classical music selections. The time-capsules of sorts also include playback instructions for any extraterrestrials who may happen upon them.

In 2008, NASA beamed the Beatles' "Across the Universe" directly into deep space. Yoko Ono responded with delight at the time, saying the development marked "the beginning of the new age in which we will communicate with billions of planets across the universe."

Thirty Seconds To Mars' single art for "Up in the Air" is available below. 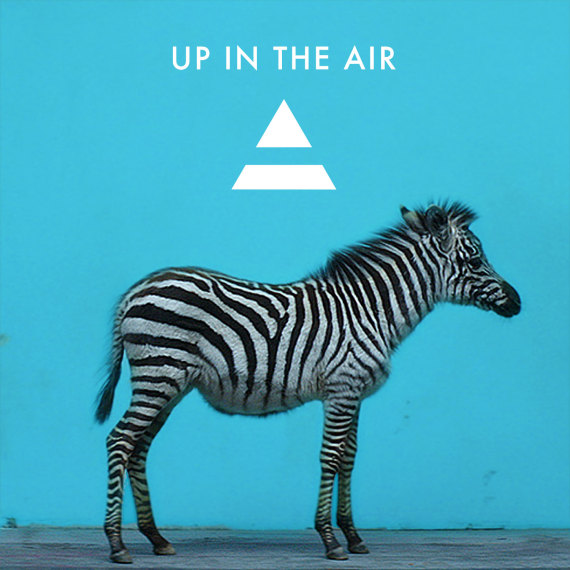 Jared Leto 30 Seconds To Mars Up In The Air Entertainment