Not your average after-school gig. 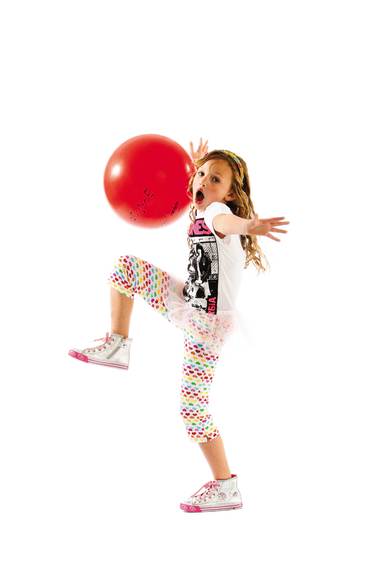 Ever have a babysitter you weren't crazy about for reasons you couldn't quite explain? Noa Mintz can relate -- but instead of just constantly complaining to her mom about her own less-than-stellar sitter, she decided to take action and track down a nanny she liked hanging out with.

One nanny match made in heaven and Noa was hooked. From there, she became a sitter/kid connector for her mom's friends, and that's when things really started to take off. Before she knew it, the then-middle school student had the beginnings of a real business on her hands: Nannies by Noa. These days, she's bringing in upwards of $300,000 per year (according to an estimate made by People) while also holding down high school.

So how did Noa's idea turn into a fully fledged company? Back in 2012, word of Nannies by Noa continued to spread, branching out from friends to total strangers who found the business through its newly minted website. Things started to get a little crazy for the teen, who was also trying to, you know, study and hang out with friends like a normal kid.

"I wanted to honor my commitment to work hard in school and run a business and have fun," Noa says. She was in a workout class when she had an epiphany: "I realized it's actually not good for the business for me to spend so much time on it, because then I'm not focused. I'm tired. I'm unenthusiastic."

That's when she decided to hire a full-time CEO to help her expand, as well as to manage day-to-day operations. 15-year-old Noa was finally free to spend study hall actually studying rather than frantically replying to business emails from prospective clients.

"I feel blessed that I really trust our CEO. Now I can focus in school, I can be involved in the business, and I can also hang out with friends," Noa says. "I think it's all about figuring out your priorities. And keeping your eye on the prize!"

Noa is an entrepreneur at heart: She's always had a knack for trying out new things and finding solutions to problems, so coming up with business ideas and executing them came easy to her. But getting straight A's in school? Not so much.

"There's sort of a misconception that getting A's makes you smart, and nothing else does when you're a kid," Noa says. Starting a successful business and watching it grow became a source of confidence. "I showed myself that I can still be successful -- even if I'm trying hard in school and not getting great grades, it will be okay. I can still succeed. And I hope I can show other people that they can, too," Noa says.

The most rewarding part of running her business thus far? Getting a letter from a nanny who had just been successfully matched with a family. The nanny expressed how grateful she was to Noa for helping her find work after a rough patch of unemployment.

"That was the moment that I really realized this is real. This is people's jobs and people's kids: This is not nothing," Noa says.

Her advice for other teens looking for a way to make their skills shine? "You should definitely reach for the stars. But start very small and you could eventually get big," Noa shares. "I think as teens, we like to see things happen quickly, but be patient and really seek out help from your family." And don't forget to have a personal life!

These days, even though she's running a business that employs 150 sitters and nannies in New York City, Noa is still a teenager. She has to resist the urge to log in to Facebook when she's doing her homework. She loves to get her sweat on at trendy gyms like SoulCycle. And she also makes a point to carve out time for fun with her friends. Whether it's grabbing a cup of frozen yogurt or vegging out in front of the TV, she's learned the importance of stepping away from work and relaxing.

"I think it's important to always make sure you enjoy yourself, because then you'll be happy and passionate about what you're doing," she says. That's a lesson that takes some people a lifetime to learn, and Noa managed to get it down before she was even old enough to drive. How inspiring is that?

More from Teen Vogue:
4 Things You Need to Know Before Getting a Facial