I have long felt that the baby boomer generation, my generation, did not fulfill its potential after coming of age in the late 1960s.

In her 1969 college commencement address, Hillary Clinton spoke for our generation. Her words still resonate today.

Whichever side you were on, we learned who we were and what we wanted our country to be during the Vietnam War. The Beatles were our soundtrack. Apocalypse Now was our reality. The moon landing was our fantasy. We marched, we sat-in, we loved, we protested. We fought and some of us died. But eventually we went our separate ways to follow our dreams.

It seemed we were sidetracked in the 1980s and 90s by conservative elements that focused on 7th century foes instead of reaching for the stars. They were intent on limiting our freedoms by their beliefs. Supreme Courts changed and freedoms were lost or under attack. The 1990s and 2000s were times of war, a coarsening of the culture, of impeachment, of terror. 9/11. Iraq. Abu Ghirab.

But we've fought back. It hasn't been easy. For more than 40 years forces of darkness kept us from achieving our generational potential. We still fight the darkness, but we are one day away from our goal: election day. And I have proof:

This is Hillary Clinton from 1969, her graduation commencement address. Not realizing it at the time, she spoke for a generation. My generation.

Its an amazing find, a prescient speech, and a reminder of how close we all are to fulfilling our collective potential.

Electing Hillary will bring a revolution.

It'll be our day in the sun. 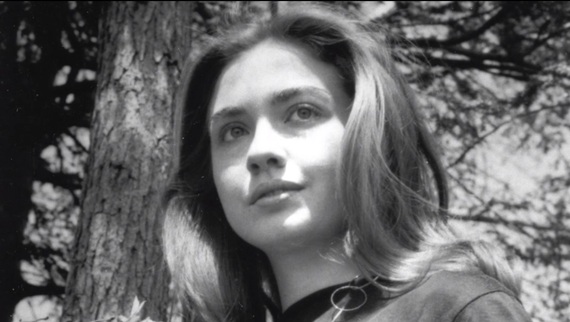