Signs warn visitors to the dangers of death by asphyxiation or being swallowed by the ground, but the old mining town of Centralia, Pennsylvania, was once home to more than 1,000 people.

Now it's nothing more than a smoldering ghost town that's been burning for half a century.

It started with a fire intentionally set to burn out a landfill before Labor Day in 1962 -- the problem was that the landfill was also an old strip-mine pit connected to a maze of abandoned underground mining tunnels full of coal.

Though the town was able to extinguish the fire above ground, a much bigger inferno burned underneath, and it eventually spread its way under Centralia's town center.

"Through a monumental series of blunders and inadequate attention over the years, it got to the size underground where it basically destroyed the town of Centralia and everybody had to move," Davod Dekok, a Pennsylvania historian, told the Associated Press in the video below on the occasion of the fire's 50th anniversary in 2012.

The fire was so widespread, destructive and unending ― it’s said that there’s enough coal underground to fuel the fire for another 250 years ― that in 1980, a $42 million relocation plan incentivized most of the townspeople to relocate (most of the homes were demolished), leaving only about a dozen holdouts behind.

The Smithsonian describes it bleakly:

Today Centralia exists only as an eerie grid of streets, its driveways disappearing into vacant lots. Remains of a picket fence here, a chair spindle there ― plus [John] Lokitis and 11 others who refused to leave, the occupants of a dozen scattered structures.

Over the decades, the ground has opened up with sulfurous gases sometimes billowing out ― the road along Highway 61 swells and cracks open, rife with graffiti and hot to the touch. In the winter, snow melts in patches where the ground is warm.

Explore the eerie town through the photos below: 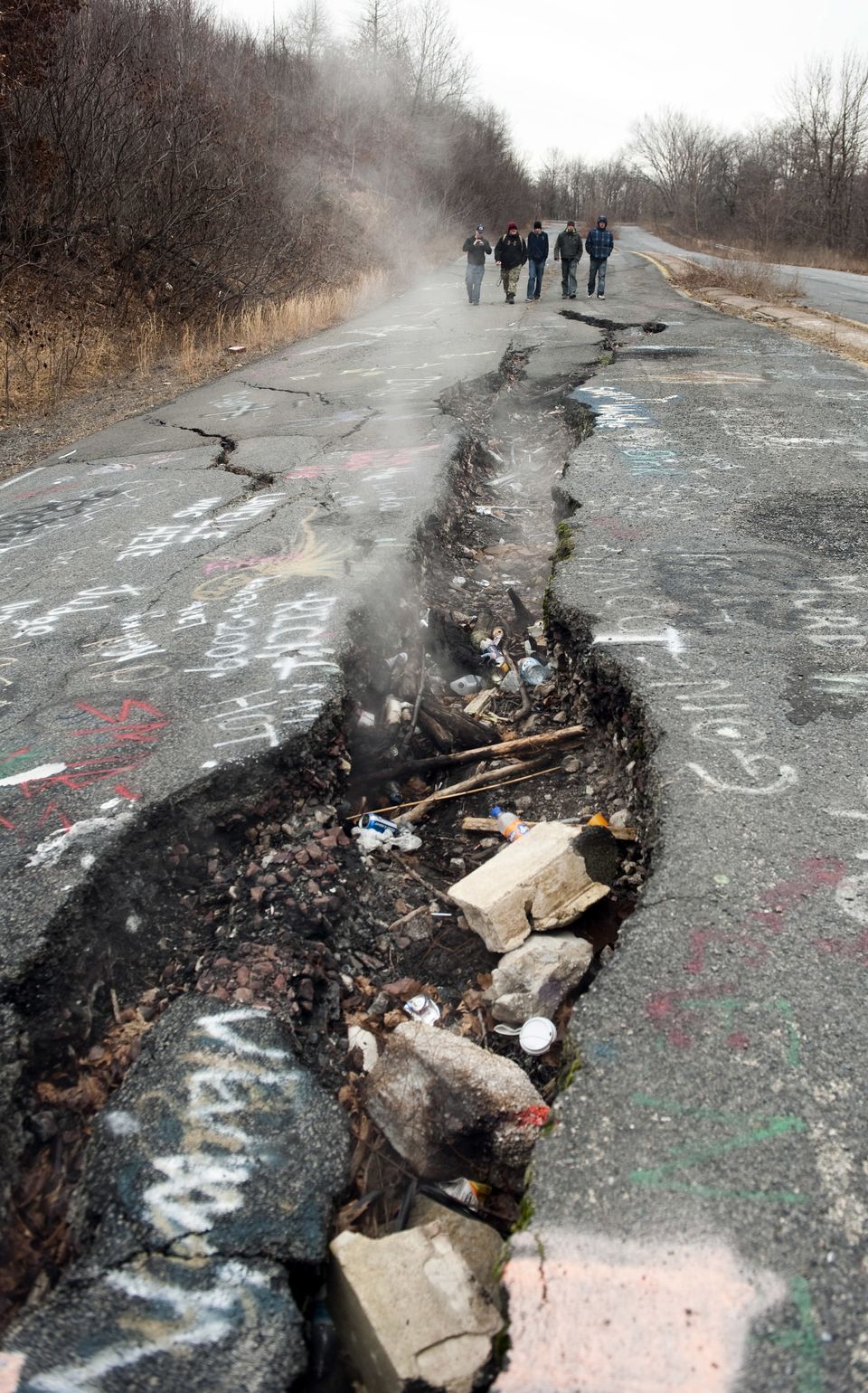 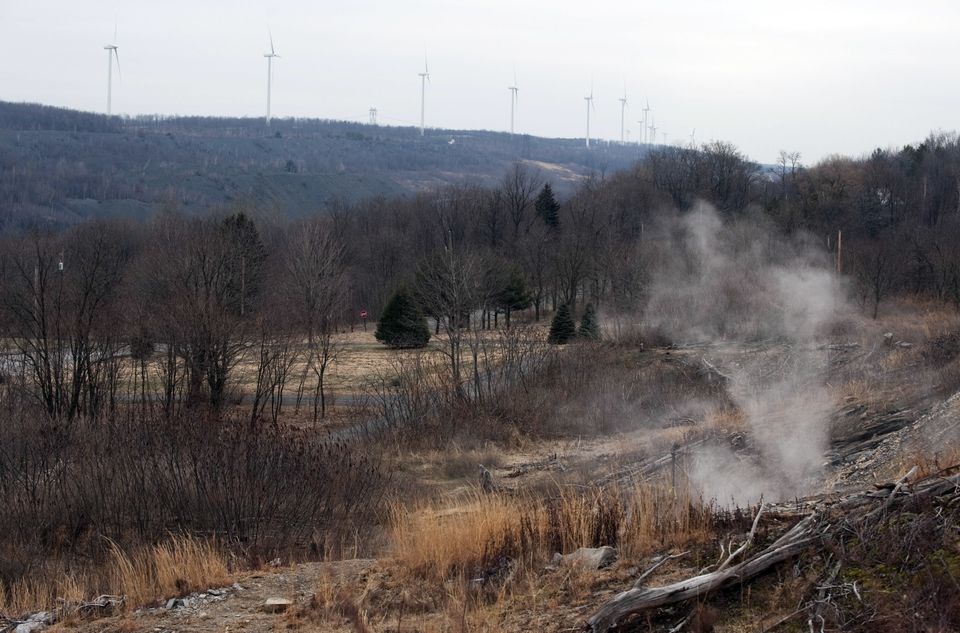 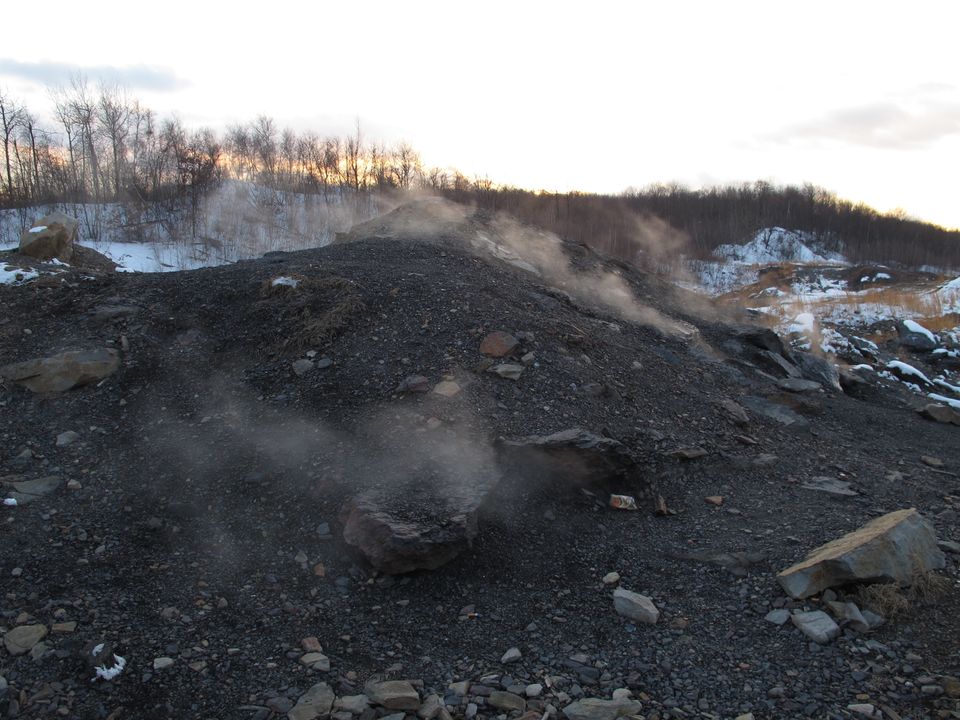 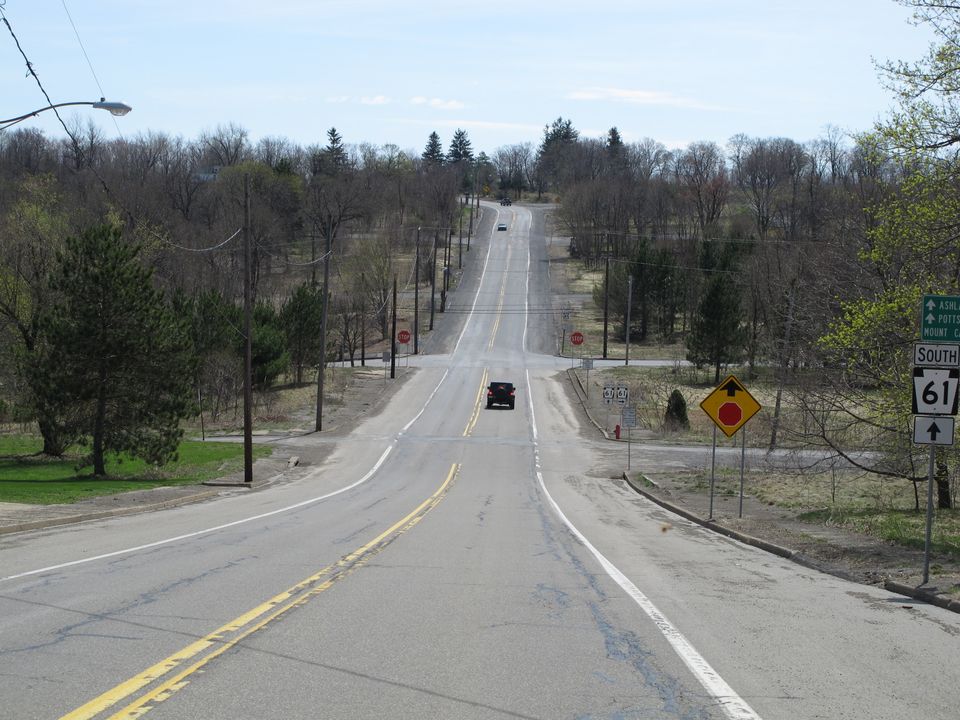 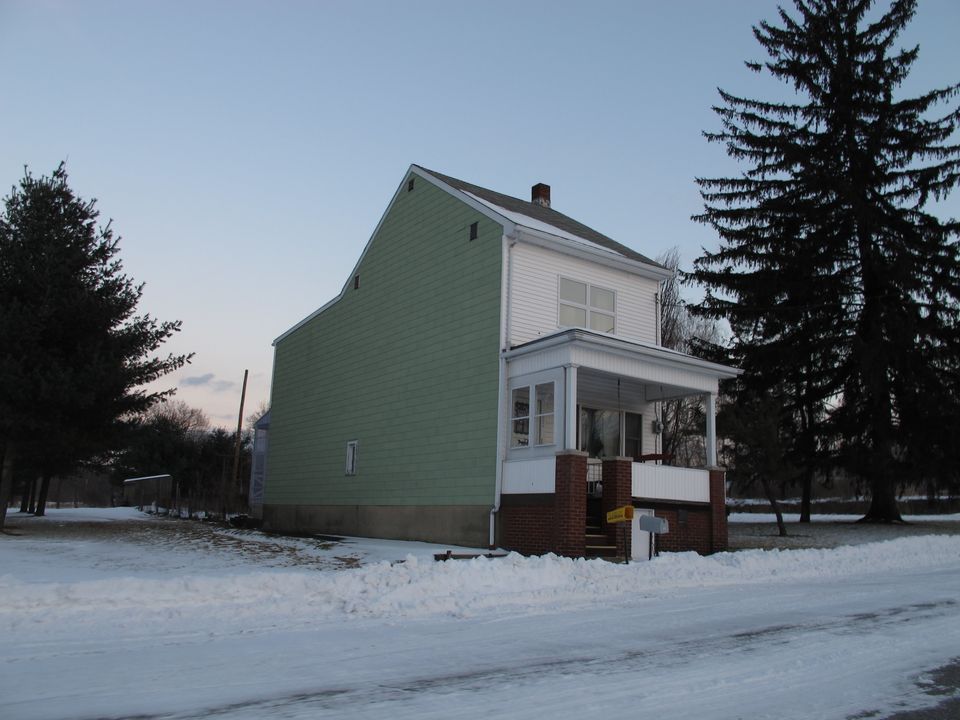 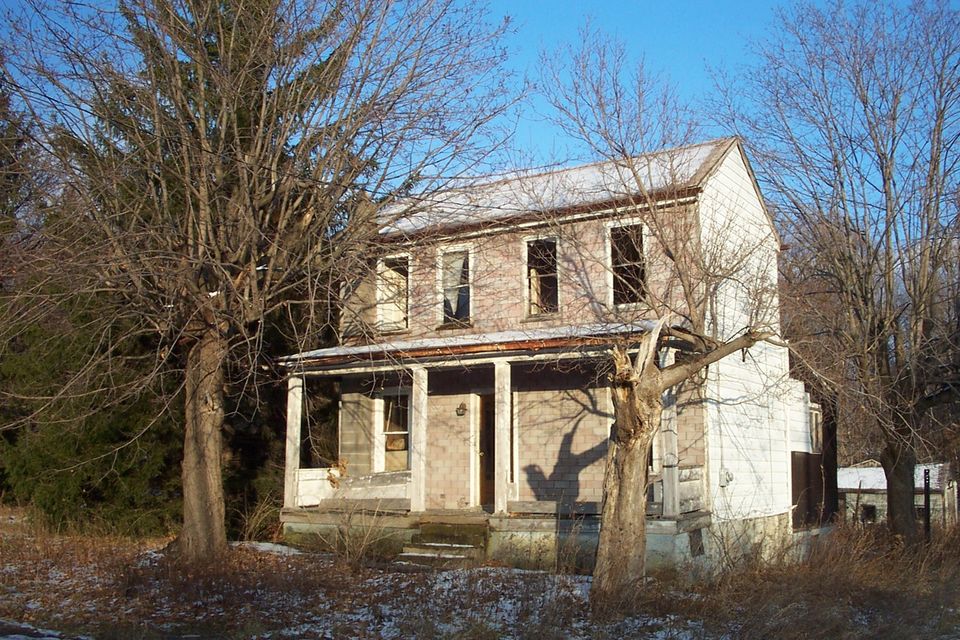 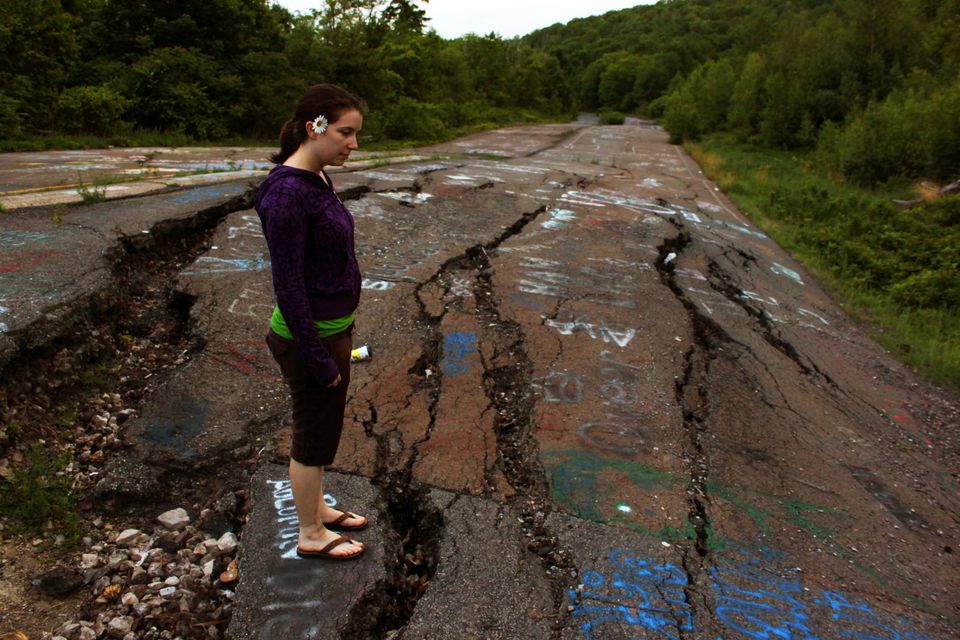 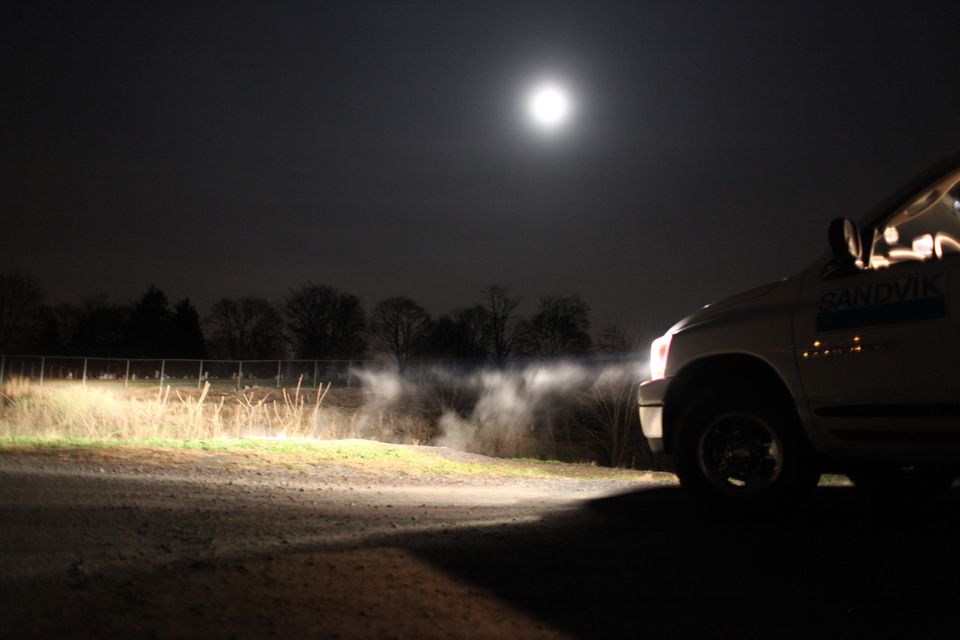