We live in a world that is, in many ways, more predictable and under our own control than it has ever been before. We can predict the weather, find information on any subject almost instantaneously, have almost any material item delivered to our door within 24 hours with the click of a button, and can communicate with others across any distance or time zones.

And yet, in reality, we have little control over the events of our lives -- except how we react to them. The comfortable predictability and sense of orderliness that modern technology affords is wonderful for many things, but it can't do anything to help us cope with an inherently unpredictable world that can upend our daily plans or entire life trajectories at a moment's notice.

The ancient philosophy of Stoicism arose to deal with this very problem: How do we live a good life in a capricious, and sometimes cruel, world? And how do we minimize the suffering we experience as a result of events over which we have no control?

"It's a practical philosophy that's designed to help people deal with an inherently unpredictable world," Ryan Holiday, author of The Obstacle Is The Way, told the Huffington Post. "People think Stoicism is about not having emotions... [but] Stoicism as a philosophy is a series of exercises and reminders that men and women have practiced throughout history that are designed to help them deal with loss, pain, fear, our own mortality, temptation. It's about living an ordered, rational disciplined life so you're not being jerked around by success or failure."

We tend to inflict needless injury on ourselves by not understanding our emotions and misunderstanding the nature of external events -- namely, the fact that we don't control them.

Today, the ancient school of thought that created a science out of dealing with life's challenges is making a resurgence in popular thought. Perhaps the most famous proponent of Stoicism, the Roman statesman and philosopher Marcus Aurelius, has left a lasting legacy of Stoic thought that inspired civil war leaders and troops during the American revolution as well as modern-day tech CEOs and entrepreneurs, according to Holiday.

Aurelius's magnum opus The Meditations, written as private notes in the last decade of his life (170-180 C.E.), is based around a single, simple notion that captures the heart of Stoic philosophy. Aurelius writes, “You have power over your mind -- not outside events. Realize this, and you will find strength.”

Stoicism can be applied to anyone's life as a way to cope with change, challenge and even success. Here are six things that Stoic philosophy can teach us about how to live well.

Accept that most of life is beyond your control. 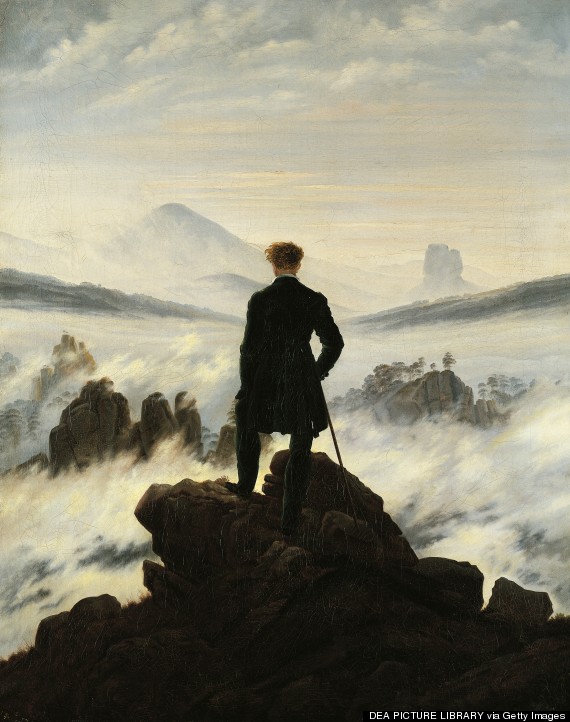 The iconic Serenity Prayer -- a mainstay of 12-step programs, Christian worship services and an ingrained part of our cultural dialogue -- is a perfect example of the core belief of Stoicism. The prayer preaches "accepting hardships as a pathway to peace" and surrendering to God's will.

"It's about identifying the difference between what's in your control and what's out of your control, which is probably the most salient influence of Stoicism on modern-day life," says Holiday.

What we must do, according to Stoicism, is to define the difference between what's within our control and what's outside our control, and then focus exclusively on what is within our control -- this is almost always on ourselves, our reactions, feelings and the stories we tell ourselves about a particular event.

"What we see in this writing is that stuff happens in life -- sometimes really bad stuff -- and we don't get to decide whether it happens to us and why it happens," says Holiday. "We just decide how we respond."

The Stoic approach echoes Buddhist ideals of detachment and acceptance, which hold that attachment to external things and outcomes causes suffering, and that acceptance of what cannot be changed or controlled is the key to reducing that suffering.

We have enormous freedom to choose our thoughts and reactions. 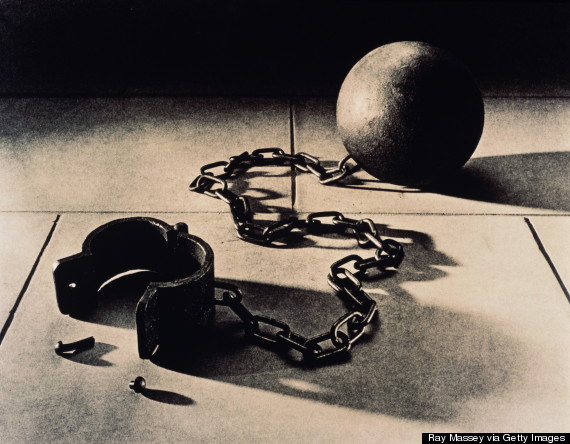 We can choose to exercise power over our thoughts and attitudes in even the most dire of situations -- Roman philosopher Cicero uses the example of torture to illustrate a man's power to choose our own thoughts, which he says can never be taken away from him. In his Discussions at Tusculum, Cicero explains that when a man has been stripped of his dignity, he has not also been stripped of his potential for happiness.

Invoking the same metaphor, Gregory David Roberts' 2003 novel Shantaram, the story of an Australian convict and drug addict who escapes from prison and flees to Mumbai, serves as a powerful illustration of Stoic philosophy. The novel's protagonist Lin describes a life-changing epiphany he had while being tortured:

“It took me a long time and most of the world to learn what I know about love and fate and the choices we make, but the heart of it came to me in an instant, while I was chained to a wall and being tortured. I realised, somehow, through the screaming of my mind, that even in that shackled, bloody helplessness, I was still free: free to hate the men who were torturing me, or to forgive them. It doesn’t sound like much, I know. But in the flinch and bite of the chain, when it’s all you’ve got, that freedom is an universe of possibility. And the choice you make between hating and forgiving, can become the story of your life.”

Marcus Aurelius, who faced a fair share of hardship and warfare in his life, and is thought to have written the Meditations from a tent in a Roman battle camp.

The Roman statesman wrote that in dire situations, man must have an "inner citadel" to which he can retreat. Living from this inner place of peace and equanimity -- a place which no person or external event can penetrate -- gives a man the freedom to shape his life by responding to events from a rational, calm headspace.

"What is beyond doubt is that we spend most of our life outside our citadel," Arianna Huffington writes in Thrive: The Third Metric to Redefining Success and Creating a Life of Well-Being, Wisdom, and Wonder, nodding to Aurelius's Meditations. "But we can learn to course-correct faster and faster, ten billion times a day if necessary, and bring ourselves back to that place of stillness, imperturbability and loving -- until it becomes second nature to return quickly to what is our true nature."

Remember that the universe has your back. 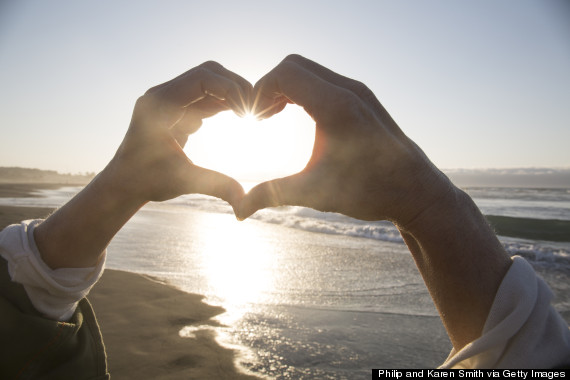 The Meditations, and Stoicism more broadly, encourage us to view life as being inherently on our side -- and it's a powerful way of reframing any obstacle we encounter. And of course, with the clarity of hindsight, we often see that the obstacles in the path are what ended up paving the way for bigger and better things.

Aurelius wrote that we should view all of life -- including its inevitable struggles -- as an "old and faithful friend":

True understanding is to see the events of life in this way: 'You are here for my benefit, though rumor paints you otherwise.' And everything is turned to one's advantage when he greets a situation like this: You are the very thing I was looking for. Truly whatever arises in life is the right material to bring about your growth and the growth of those around you. This, in a word, is art -- and this art called 'life' is a practice suitable to both men and gods. Everything contains some special purpose and a hidden blessing; what then could be strange or arduous when all of life is here to greet you like an old and faithful friend?

Steve Jobs expressed a similar sentiment during his famous 2005 Stanford commencement speech, and said that getting fired from Apple was the "best thing that ever happened" to him.

"You can't connect the dots looking forward; you can only connect them looking backwards," said Jobs. "So you have to trust that the dots will somehow connect in your future."

Let go of your expectations for other people.

Stoicism is about responsibility for yourself, and accepting a lack of control over the actions of others.

"You should understand that other people will struggle and may react poorly in various situations, and not hold it against them," says Holiday. "It's about creating the right attitude and mindset so that you don't see other people as being in conflict with you... [the way they behave] doesn't hurt your feelings and it doesn't change what you have to do and how you treat those people."

This makes it a particularly relevant school of thought for leaders, as Stoicism provides a path for leading with a cool head and an even keel, directing others towards their highest capacity without judgement or frustration when they fall short.

Turn your thoughts into action. 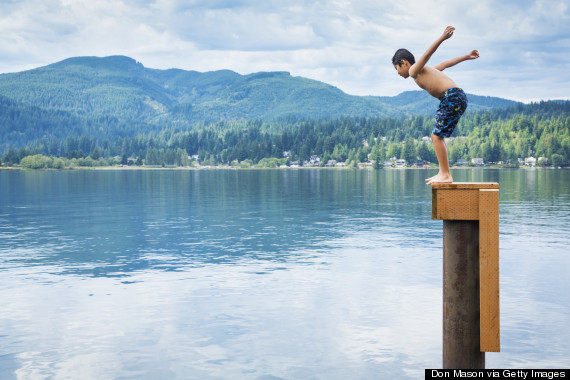 "The impediment to action advances action," Aurelius wrote. "What stands in the way becomes the way."

Stoicism is, above all, a practical philosophy, emphasizing the importance of personal responsibility and action.

"It might seem idealistic, but [the Meditations] is rooted in realism and pragmatism because that's the world he's in," says Holiday. "It's designed for real life, and not just real life, but some of the hardest parts of life."

It's not a philosophy of blind optimism and rose-colored glasses -- it's one of rationality and acceptance; being honest with yourself and not expecting the world or other people to be anything other than what they are.

"With its emphasis on realism and honesty... [Stoicism] puts you in a position to be really flexible and do great things because you're not expecting anything to be different," says Holiday.

A proponent of Stoicism, for instance, doesn't sit around and wait for what they think they deserve -- instead, they go out and do whatever they have control over in order to make it happen.

"Don't expect Google to call you and give you your dream job out of college," says Holiday. "Understand that it's on you to prove yourself and to do the work, and if it happens then it happens."

Clarification: The dates for Marcus Aurelius' composition have been updated to reflect more recent scholarship, from a previous citation of the date 167.