Is it time for Ohio to legalize marijuana?

That was the question posed by the Dayton City Paper, an independent alternative weekly in Dayton, Ohio, to its readers last week. As part of its coverage of the legalization issue, the paper set aside a page for a "debate forum," with one DCP staffer arguing for marijuana legalization on the left side of the page, and another staffer arguing the anti-legalization case on the right side.

That was the plan, anyway. Just one problem: Dayton City Paper's editors were unable to find anyone on their staff to argue against legalization. Instead, they went ahead and published half a blank page, the image of which quickly went viral:

Here's a clearer look at the debate feature as it appeared in print, courtesy of the Dayton City Paper: 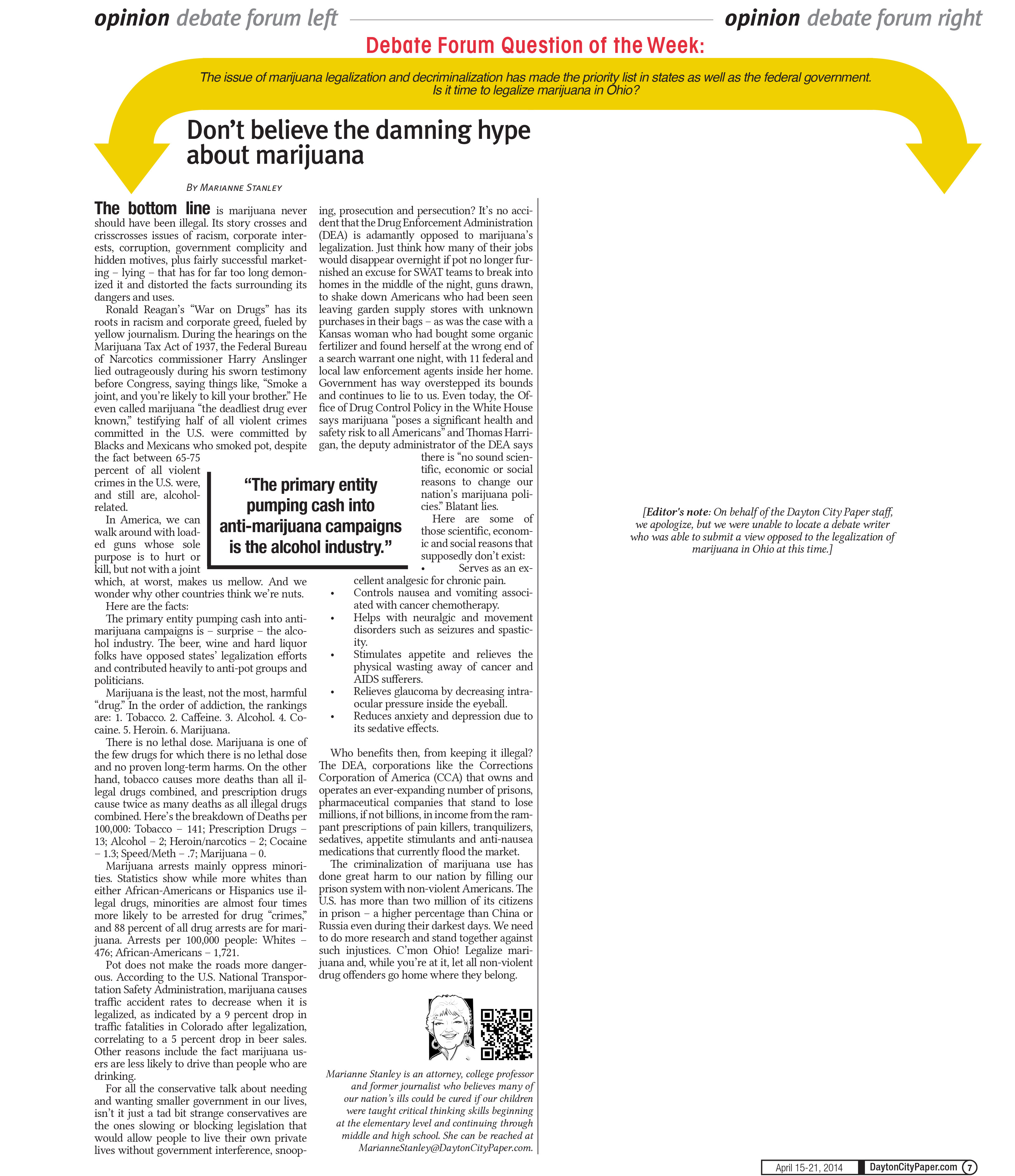 "On behalf of the Dayton City Paper staff, we apologize, but we were unable to locate a debate writer who was able to submit a view opposed to the legalization of marijuana in Ohio at this time," reads an editor's note in the blank column.

"This entire edition was constructed around our cover story asking the rhetorical question, 'Is it time?,' in regard to marijuana legalization in Ohio," DCP's publisher and owner Paul Noah told The Huffington Post. "Dayton is a very conservative town, and I considered it our job to 'stir the soup.'"

Recreational and medical marijuana are illegal in Ohio, but Rep. Bob Hagan (D) has introduced legislation that would allow patients to grow marijuana for medicinal use, or designate a caregiver to grow it for them. Hagan's proposed law is similar to those in effect in the 21 states where medical marijuana is already legal.

The Dayton City Paper's half-blank page reflects the lopsidedness of public opinion in the state. Ohio voters are strongly in favor of medical marijuana, with a recent Quinnipiac poll showing that 87 percent of state voters support using the drug for medicinal purposes.

Nationally, a recent Gallup poll showed that, for the first time, a clear majority of Americans want to see marijuana legalized. Americans also want to see an end to the long-running war on drugs. A recent survey from Pew found that 67 percent of Americans say the government should provide treatment for people who use illegal drugs, while only 26 percent said the government should be prosecuting drug users.

Read the DCP debate online, which features a "pro" and "center" argument, but is still missing the "against" side.