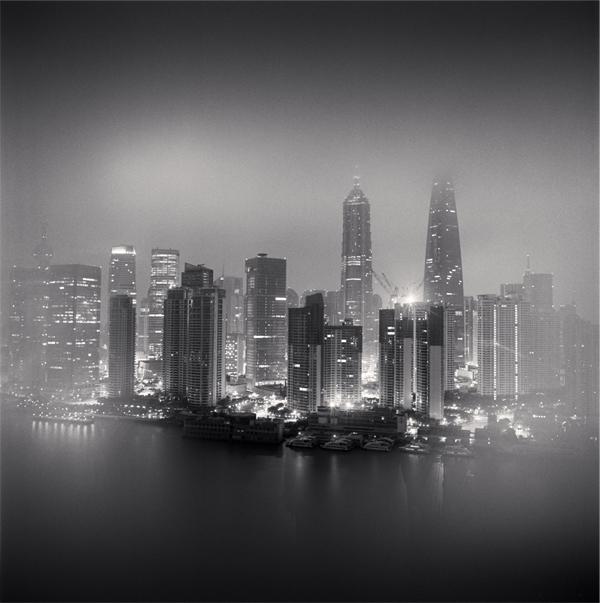 Michael Kenna: New and Classic Images | An exhibition of photographs by this world renowned photographer featuring a special selection of work from Japan. Since 1976, Michael Kenna (b. 1953, Widnes, Lancashire, England), has primarily concentrated on the uninhabited landscape to create minimalist compositions, resolved within a square format. Traces of human activity in his images produce a fascinating and haunting atmosphere. He uses long exposures taken either at night or at the beginning or end of the day, to enhance the texture and mood of his subjects. The skillful balance between light and dark shades, which is a strong indication of his signature style, contributes to his surreal and quite personal vision of the world. Kenna notes that photography is not about copying the world; rather, the subject goes through the filter of an individual human mind and emerges in a changed state. Kenna's photographs suggest contemplation, and allow the viewer to daydream. He feels that his work is much closer to haiku poetry than full-length prose. Kenna does not try to deliver any message with his photographs; they are reminiscences of a free, lonely traveler; disclosing a very personal vision of the world through his exquisite compositions. 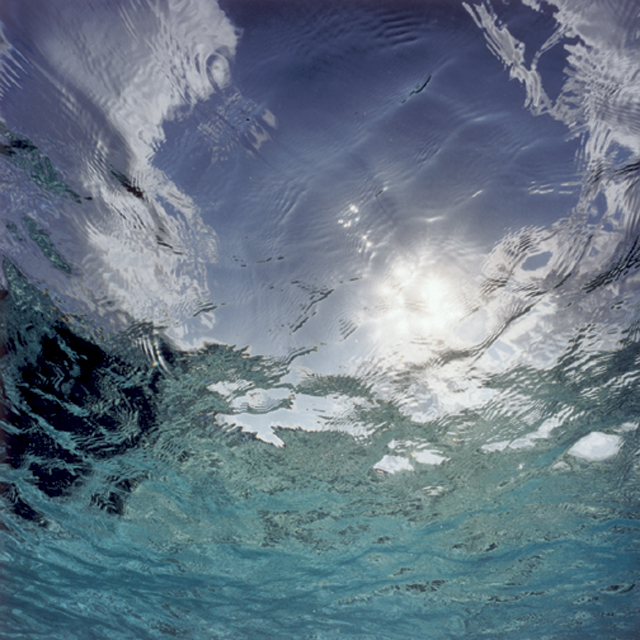 James Fee once described his life and art-making as an act of "staying afloat." This was not a simple reference to keeping his head above water financially, but a more philosophical reflection upon the balancing of ideals versus harsh realities. He likened the maintenance of one's ethics, as well as the unifying principles of community and country, to the soundness of a boat. Bodies of water, on the other hand, could float a ship as well as become a cemetery for its rust and decay. Fee often photographed sinking ships as symbols of societal malaise, but his photographic practice was really a personal catharsis and self-revelation. Ultimately, bodies of water became the healing and calm that delivered his re-birth.

The exhibition includes James Fee's photographs of the legendary ocean-liner, the SS United States as it sat waiting to be dismantled. The artist himself had already begun to feel alienated from his native America, and his images of the once glorious ship embodied obsolescence of a physical as well as a spiritual nature. 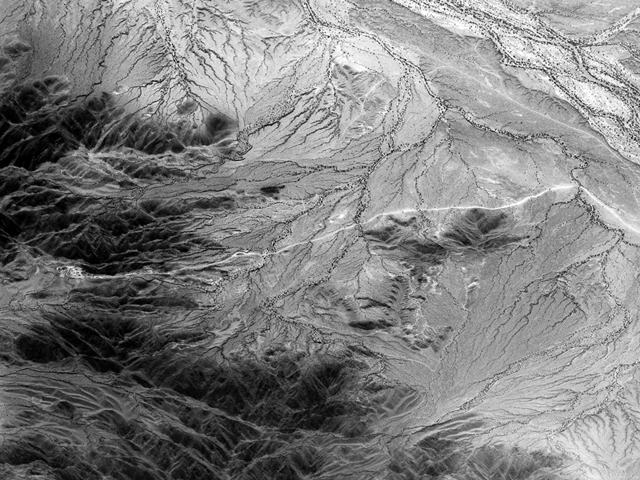 Concurrently, the gallery presents an exhibition of Rose-Lynn Fisher's recent aerial photographs entitled, Yonder. In her previous exhibition at Craig Krull Gallery, Fisher showed microscopic images of bees that, as she states, "altered my perception of scale and distance, and gave me a hint of the worlds within worlds that comprise our universe." Her new aerial photos, made at 37,000 feet demonstrate how "a winding river with tributaries could just as well be a microscopic view of veins and capillaries." The images are made in a very intimate scale of 4 x 6" on delicate, sheer Japanese Asuka paper. 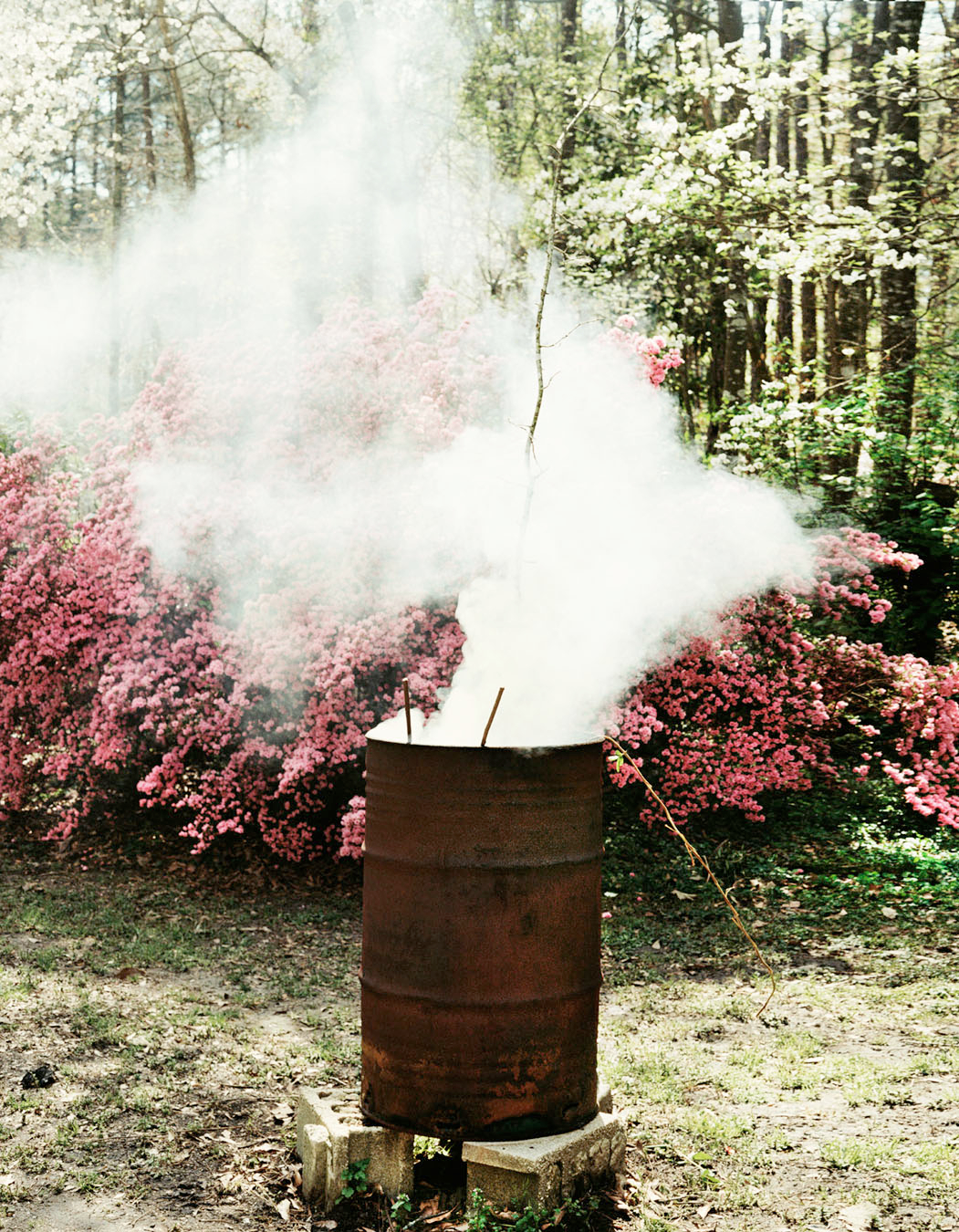 Liza Ryan: Rare Bloom | In this exhibition of new work consisting of large-scale color photographs and a multi-image installation, Ryan explores the interconnectivity of seemingly disparate elements. The centerpiece of the exhibition is Rare Bloom, a sculptural installation of 180 photographs mounted to panels of varying thickness. Rare Bloom's non-linear narrative and filmic imagery lead the eye in a variety of directions, expanding the idea that a story can be told and experienced in innumerable ways.

Central to both the stories and composition of Rare Bloom is an image of a woman's torso in a black jacket, its button straining, on the verge of popping off. Throughout the work, the question arises repeatedly: what will bloom once the barely-contained interior is released? Rare Bloom derives its power from this tension. The imagery suggests a multitude of possibilities that seethe beneath the veneer of ordinary life. 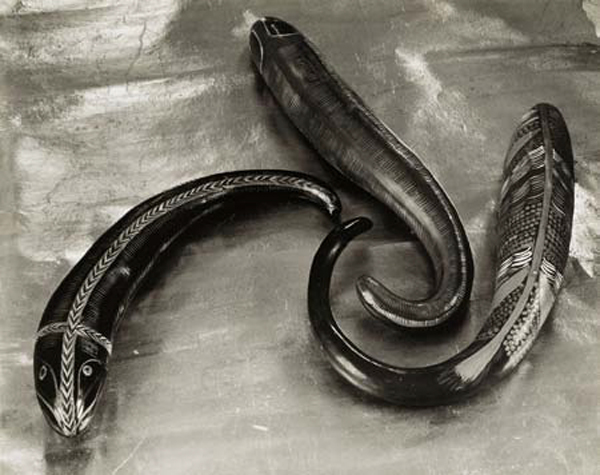 Significant Objects: The Spell of Still Life | This exhibition examines the diversity and splendor of still life, a genre that has attracted artists since antiquity.

The classical definition of a still life -- a work of art depicting inanimate, typically commonplace objects that are either natural (food, flowers or game) or man-made (glasses, books, vases and other collectibles) -- conveys little about the rich associations inherent to this genre. In the academic tradition of Western art, still life occupied the lowest position in the hierarchy of the arts, which recognized history painting, portraiture and landscape painting as superior. It was disparaged critically and theoretically as mere copying that lacked artistic imagination and placed no intellectual demands on the viewer. Significant Objects: The Spell of Still Life posits that nothing could be further from the truth for this category of art, which hovers between mimesis and symbolism, and in which artistic skill and fantasy are tantamount to its success. Drawing on the spectacular resources of the Norton Simon collections, the exhibition explores the wealth of aesthetic and conceptual artistic strategies that challenge the shortsighted view of still life as simply an art of imitation. It also underscores why the still life continues to be an important vehicle of expression.