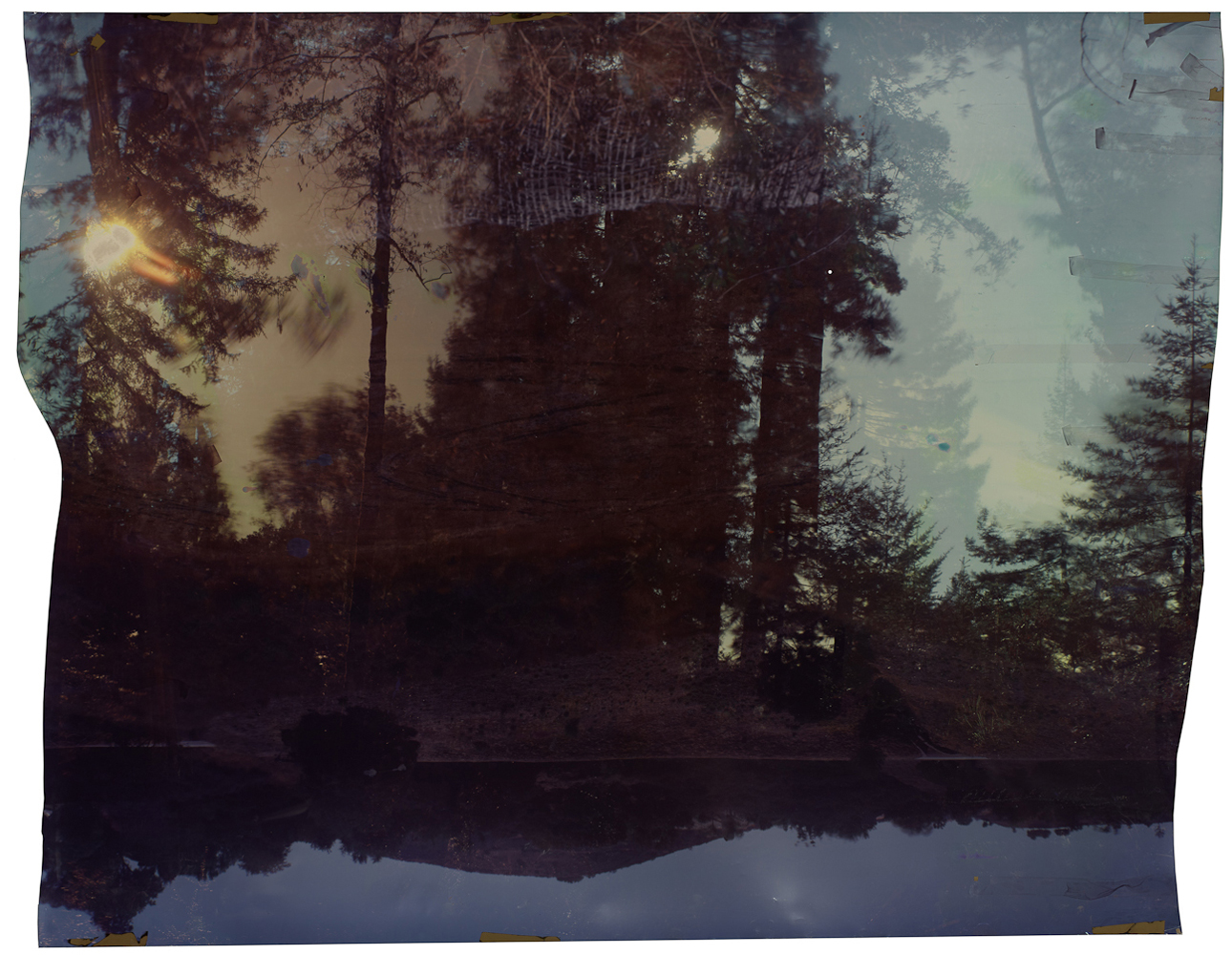 John Chiara: Los Angeles | San Francisco-based artist John Chiara pushes the boundaries of the photographic medium through his choice of process and the mastery of its possibilities. His approach is distinguished by its incredible physicality and recalls the early days of the medium when artists dealt with heavy, awkward equipment and endured long exposure and development times. Chiara's giant cameras, which he designed and built himself, are transported to locations on a flatbed trailer to produce one-of-a-kind large-scale prints. The design of the cameras, which is much like daguerreotype box cameras, allows the artist to simultaneously shoot and perform his darkroom work while images are recorded directly onto oversized photosensitive paper (not film). This process, which Chiara first discovered as a student in 1999, invites anomalies in his final prints and adds to the mystery and lyricism of his pictures.

Chiara's latest series of photographs, focused entirely on the city of Los Angeles. Though L.A. is one of the most habitually photographed cities on the globe - a city built on image - Chiara's depictions of it defy precedent and expectation. His Los Angeles is neither idyllic rural Eden nor sprawling urban hell. It is not the mythic city of glamour nor the spectacle of exploitation that it is often deemed to be. Instead, Chiara has honed in on delicate transformations in the environment, both natural and man-made. His interest lies with the psychological underpinnings of the city's development and the subtle ways these are revealed in the shifting landscape. 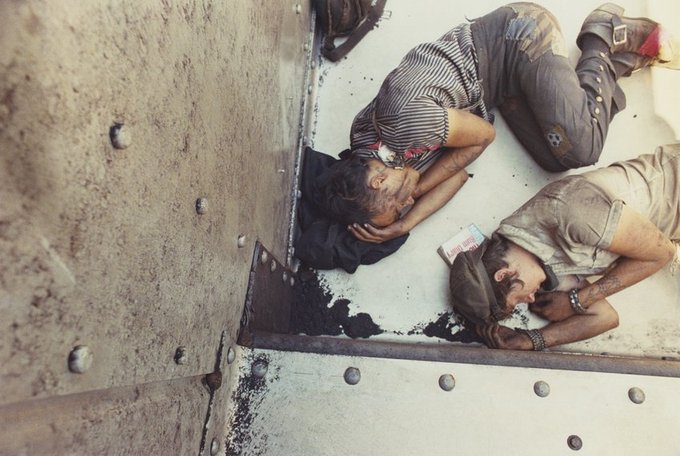 Mike Brodie: A Period of Juvenile Prosperity | For three intense and prolific years, Brodie crisscrossed the states hopping trains, hitchhiking and employing whatever freely available means to fuel his burning lust for movement. The resulting photographs weave a telling photo narrative relatable to Kerouac's On The Road, capturing the raw spirit of adventure and unbridled freedom Brodie and his friends sought and lived. A natural, Brodie's camera functioned as an extension of himself, an obsession. There was no thought-out intention to document or record, the resulting images just happened after Brodie found a Polaroid SX-70 on the backseat of a friend's car. Soulfully and intimately depicted against a constant backdrop of movement are savages "riding suicide," maps in filthy hands, tender moments of slumber and ruddy faces framed by wind-whipped hair eagerly leaning into the next adventure. Brodie's tightly knit traveling community was bound by movement, ravenous for life's varied experiences and interactions and fueled by an intense curiosity to see, to feel, to meet something and someone beyond the towns in which they had been raised. Living outside of society's norms, this highly creative group lived neither on nor off, but parallel to the beaten path, gleaning society's detritus along the way to support their chosen version of the American Dream. 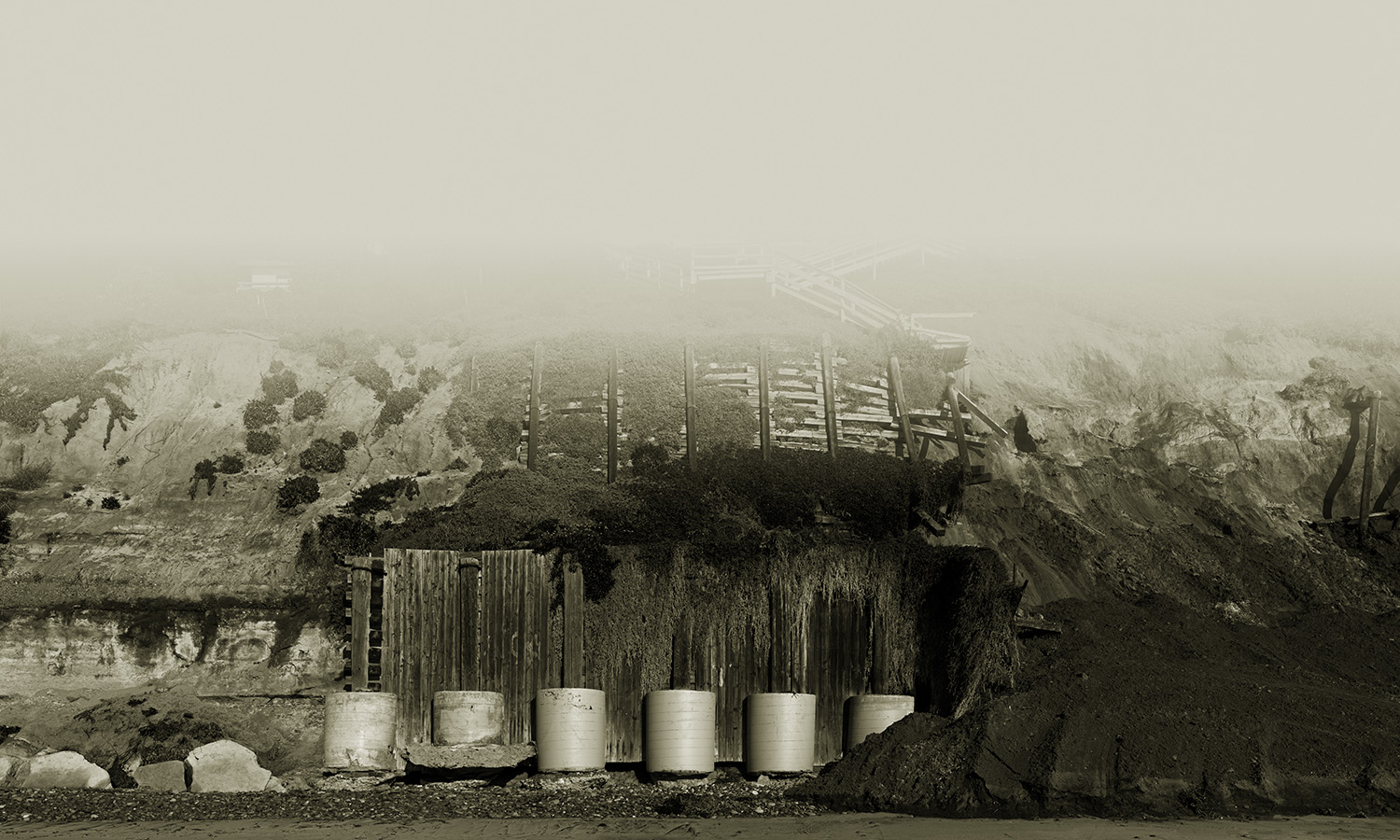 Amir Zaki: Time Moves Still | The exhibition will feature two series of photographs: trees that are isolated against an open sky and cropped so there is no ground, and steep cliff sides as seen from the beach along the Southern California coast.

In one series, Zaki photographs individual trees that seem to be abused by the natural elements or mankind. He often selects the trees based on their irregular and eccentric forms. Each photograph becomes an intimate portrait, revealing unexpected beauty. In contrast to the singularity of the trees, the second body of work depicts Southern California beach cliff sides. Monumentally scaled retaining walls and fragile zigzagging stairwells that lead to private residences populate the rugged coastal landscape. Through time, both the natural and manmade elements evolve together and become subtly blended. Zaki photographs the beach scenes in the late morning when the coastal fog is burning off creating a visually haunting atmosphere.

Ladies and Gentlemen We Are Floating in Space | Featuring a selection of works from an international array of artists who are dealing with notions of space through the medium of video projection and digital works. Each of the 10 installations presented in Ladies and Gentlemen We Are Floating in Space furthers the discussion of landscape theory as it pertains to painterly and photographic traditions, yet at the same time it also explores ideas relating to digital image-making, architecture and pop. The show will include live, generative, internet works, autostereo, anaglyph and active shutter 3D videos. 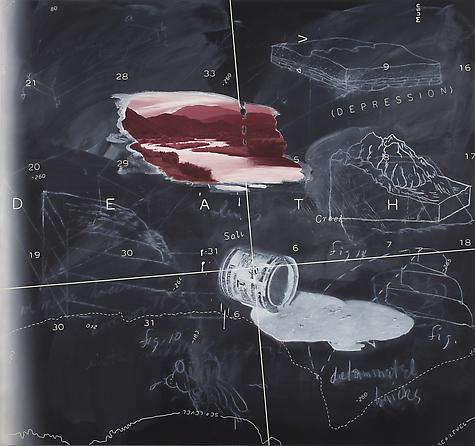 Vernon Fisher: New Work | Fisher's preoccupation with archive, information transmission, memory, and taxonomy stems from an early interest in how individuals perceive the world. His hallmark "blackboard" paintings recall pedagogical lessons or speculative renderings, oftentimes replacing sequential logic with "disordered notations" analogous to excerpts from an unrepressed mindscape. Often weaving literary references, pop cultural imagery, and cartography with his own symbolic lexicon, Fisher renounces the convention of a singular, autonomous narrative - the variability of interpretation thus equivocal to the variability of intellectual perception. Much like his writing, Fisher crafts visual chapters that fashion a frank composite anthology; each work's seemingly nonsensical structure acting as a compendium of unanticipated authenticity rather than sheer invention. Often contextualized within a postmodern lineage, Fisher's work shares a seminal practice of self-appraisal with Cy Twombly and Robert Rauschenberg, as was expounded upon in Frances Colpitt's monograph essay for Vernon Fisher (2010) - which was produced in tandem with his career retrospective at the Modern Art Museum of Fort Worth.