Since the shock of my advanced-stage breast cancer diagnosis in 2004, I have relentlessly focused on empowering women with information about the strongest predictor of mammography missing cancer: dense breast tissue. After reviewing the literature within weeks of my diagnosis, I discovered a decade of research, now two decades old, on the impact of dense breast tissue on missed, delayed and advanced stage breast cancer. With a pile of literature as my defense, I respectfully asked my health care team to reveal this critically important breast health information to their patients. Each of them refused, stating it is not the standard protocol.

Five years after my diagnosis, Connecticut became the first state in the nation to disclose density to the patient through the mammography report. Having politicians become the breast health care champions was not my FIRST choice as I expected that the medical community would concur that a woman's breast tissue composition, routinely shared between the woman's radiologist and referring physician, should also be reported to her. I was wrong. The resistance I received compelled me to seek breast cancer screening justice for all through the political process.

Once our density reporting bill was introduced in the Connecticut legislature, I was ridiculed by health care providers and physician-trade organizations -- deemed a troublemaker, even though there was no denying of the literature on the limitations of mammography in detecting invasive cancer in dense breast tissue. Validating the impact of dense breast tissue, as recorded in the scientific journals, women from across the nation contacted me through Are You Dense Inc.'s website, with the same common and tragic story of missed, delayed and later-stage cancer. Patients turned advocates were unwilling to accept the status quo and despite resistance from the usual culprits, often lasting through several legislative sessions, transformed the standard protocol through state legislative advocacy.

In 2007, Dr. Gary Griffin, a Connecticut radiologist, contacted me to acknowledge the significant impact of our ultrasound coverage screening law, passed in 2005. His screening data showed nearly a doubling of invasive cancers detected by ultrasound, on otherwise normal mammograms in women with dense breast tissue. Challenging the status quo, Dr. Griffin later testified in support of our density reporting bill in 2008, in spite of being strongly opposed by his own Society of Radiologists. It took a long arduous year before the density reporting bill crossed the finish line in 2009.

Dr. Mitsuhiro Tozaki, a breast radiologist from Japan, contacted me in 2013. His desire was to confront the status quo by focusing on the truth of breast imaging, including the benefit and harms of mammography and the impact of dense breast tissue. Through the borderless power of the internet, using the resources of our two nonprofit organizations, Dr. Tozaki developed an educational booklet and translated our informational brochure for Japanese women and provided a link to our website from his nonprofit organization Breast Cancer Imaging Network (BCIN). My work with Dr. Tozaki, albeit conducted in my pajamas from my spare bedroom, resulted in an invitation, along with 24 other global breast health leaders, to lecture at the 23rd Annual Meeting of the Japanese Breast Cancer Society in Tokyo, Japan in July, 2015.

In addition to lecturing at the conference, The Breast Cancer Imaging Network hosted an evening for patient advocates and healthcare providers as I presented my story of patient advocacy, exchanging my pajamas with a Japanese Kimono. I also participated in a roundtable discussion to be featured in the August issue of INNERVISION, a publication specializing in medical imaging and information technology. My visit to Japan became one of my life's unimaginable ventures since my breast cancer diagnosis and subsequent patient advocacy. It was heartening to be revered by prominent Japanese physicians, advocates and breast health leaders.

Within moments of the wheels of the 777 jet touching down on the tarmac at JFK, the reality that I was back in the USA set in. I was greeted by an opinion piece published in The Journal of the American Medical Association (JAMA), lamenting about me and our density reporting efforts which have led to 24 density reporting laws and an introduced federal density reporting bill in both the Senate and the House. The authors repeated the tired list of reasons why disclosing a woman's dense breast tissue is harmful, which I address in my Journal of the American College of Radiology (JACR) published article. The authors also reported that the focus on breast screening may divert attention from discussion of other health risks such as heart disease. To criticize patient advocates and their supporters' tireless efforts for density disclosure using a pretend narrative, void of scientific evidence, simply has no place in a scientific journal.

Dr. David Katz, a global leader in prevention and health, challenged the status quo of the JAMA article through an opinion piece published in U.S. News and World Report. "The JAMA authors tell us it is premature to adopt, and mandate, modified dense breast screening protocols ... I disagree, and stand emphatically with Are You Dense. While waiting for the scientific data we lack, we must apply sense to applications of the science we have. Anything other than that is, indeed, rather dense."

History reveals that many of our greatest accomplishments are when citizens, through personal adversity, encounter an injustice and, in turn, shake up the entrenched status quo with an uncompromising determination, becoming troublemakers to make the world a bit better. 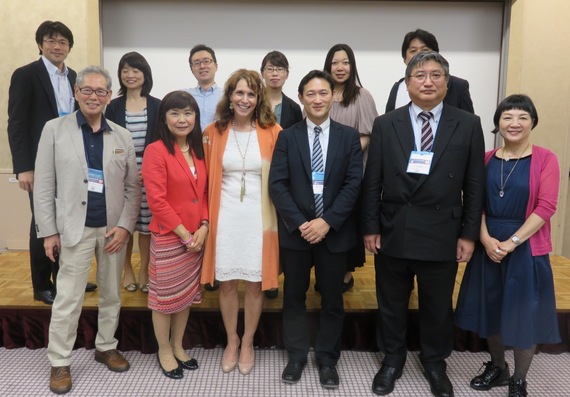