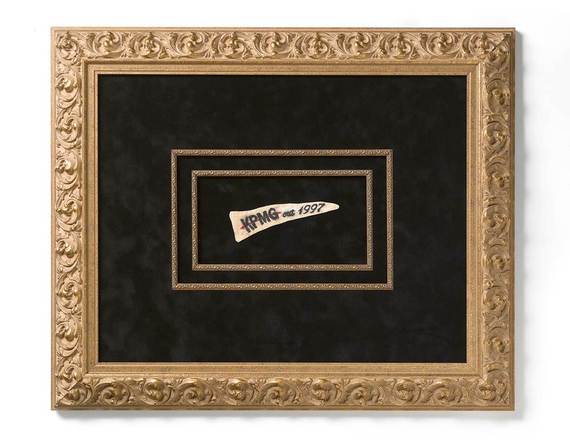 Charles Hamm had invested 50-plus hours and thousands of dollars into collecting his artwork when it dawned on him that he wanted it to live forever. Like many art collectors, Hamm was deeply protective of his art, the stories it told and what it represented to him and his legacy.

The only difference between his collection and the art traded at auction houses like Christie's? It was on his body.

"You would never burn a Picasso or any piece of art you invested in and had a passion for. Your tattoo is also art with a unique story, just on a different canvas," says Hamm, the chairman of the board and executive director of a new Cleveland-based organization, NAPSA, or the National Association for the Preservation of Skin Art.

I'll admit, when I first heard about Hamm and his mission to take tattoo preservation mainstream, I was a little weirded out. But as I thought more about it, it struck me as something greater. After all, what's more poetic than literally leaving a piece of your body behind for your loved ones to cherish? Plenty of people reserve the ashes of their closest kin. Is there really much of a difference in framing one of their most prized possessions?

To gut check my thought process, I asked my husband if he'd preserve my tattoo -- a piece we had inked together. He paused to consider it before saying yes.

Once I moved past my initial reservations, I did some digging. NAPSA has been hard at work for the past year developing the proprietary process by which a tattoo is preserved. As the first organization designated to preserve skin art on a mass scale, they've understandably had numerous hoops to jump through.

For one, a tattoo must be removed within 60 hours from the time of death, meaning there's little time to waste in communicating the wishes of the deceased to the appropriate parties. NAPSA attempts to make this easier for the beneficiary through their website, SaveMyInk.com. Within 18 hours of passing, the nominated party alerts NAPSA through the site, and the organization ships a removal kit to the funeral home. In 3-6 months, the beneficiary receives the artwork.

In order for the process to kick into gear, a living user must first become a NAPSA member, which includes electing tattoos for removal and naming a beneficiary, in addition to paying yearly dues. For moral and ethical reasons, this makes sense. But it gets a little murkier when the wishes of the deceased clash with those of the living. Put simply: what if I don't want my husband's tattoos framed and hanging on the wall?

Because NAPSA makes a commitment to its members to protect their original artwork, it offers beneficiaries a $1,000 - $2,000 payout (depending on the age of the deceased) when they opt to preserve the tattoo. For some, that may still not be enough, but for many others, it will be the necessary push to make preservation a priority.

Even with the financial incentive, there are reservations that remain in the tattooing community about the popularity of mummifying skin art.

"I actually don't think that skin preservation will become mainstream," says Lori Leven, owner of NY Adorned, one of New York City's original tattoo parlors. "Inevitably, there will be relatives involved in the decision-making that will come into play."

"I've always thought that it should be a legal option," she adds. Speaking of regulatory challenges, NAPSA says it will work on behalf of its members to overcome any legality issues or misconceptions.

"We will never stop fighting for our members," says Hamm. "We want to provide resources and support they may not otherwise have access to."

Regardless of whether or not you'll opt to preserve your tattoos for posterity, the fact that you now have the option is pretty cool.