The results of WIN/Gallup International Association's annual global end of the year survey are in, and the happiest country in the world is... COLOMBIA!

The survey, released Thursday, polled 66,040 people from 68 countries across the globe between September 2015 and December 2015, and asked respondents: “In general, do you personally feel very happy, happy, neither happy nor unhappy, unhappy or very, unhappy about your life?”

According to the survey, 87 percent of Colombians polled said they were happy, and only 2 percent said they were unhappy, giving them a “net happiness score” of 85 percent -- twenty points above the global average and nearly double the score of the United States.

So what’s Colombia’s secret to happiness? After all, this isn’t the first time Colombia has topped the list. While the survey didn’t go into the particulars of what made some countries happier (or more optimistic or hopeful) than others, we have some idea of why Colombia reigns supreme in the happiness department. Allow us to break it down for you.

Here are 9 reasons why we believe Colombia is the happiest country in the world.

This article has been updated with a more contemporary example of Colombian soccer fandom.

This Country Was Just Named The Happiest In The World, Again
23 Food Reasons Colombians Know Best 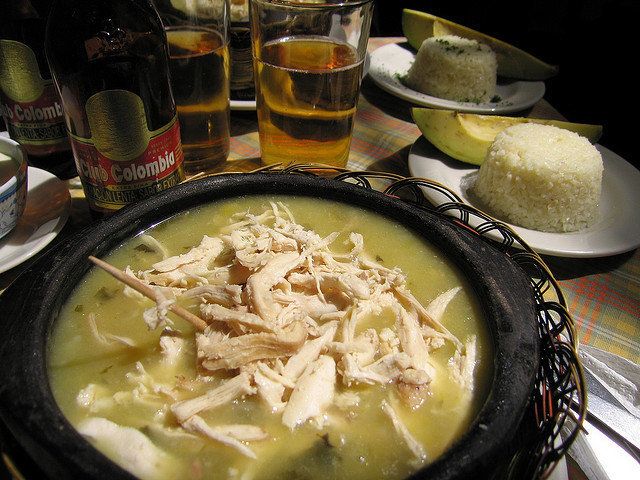 1 / 23
They know nothing warms a chilly day like a hearty soup.
Bogotá is nestled deep in a mountain basin of the Andes, which makes the city’s weather colder than the hot climate found just a few hours outside of it. So, it’s no surprise that the Colombian capital’s staple is a hearty soup. Ajíaco is made with three different types of potatoes, corn, shredded pieces of chicken and, most importantly, guascas (a special herb).
Flickr: Morten