Looks like the blizzard left a not-so-little present at this couple's doorstep.

As the East Coast was pummeled with snow from Winter Storm Jonas over the weekend, Helen Liu and Shawn Yin of Kendall Park, New Jersey, opened their door on Saturday to a wintry surprise, ABC News reported. Snowdrift had piled up so high, it reached the top of their door frame, and even had the door's imprint packed into the ginormous wall.

As you can see, they were quite literally snowed in -- no exaggeration here.

NJ couple snowed in after #blizzard2016 dumped 27 inches of snow in their town: https://t.co/SPlHlPJUcP pic.twitter.com/pfqjZwNxxm

According to NJ.com, the couple began to notice the snowdrift grow against the door throughout the day, and it just kept accumulating. Concerned about their new snowy barricade, the pair contacted their property manager. Workers from the manager's office were able to clear out the snow the following day, Today.com reported.

While the snow wall would definitely freak some people out from fear of being trapped, the couple just made sure they had an exit through their garage and, for the most part, remained calm.

"We just thought it was really funny," Liu said.

And though many friends and family were worried about them after they saw pictures of the doorway, Liu told Today.com they were A-OK.

"A lot of them wanted to make sure we had enough food," she said. "I told them we could have stayed here for a month! We were prepared." 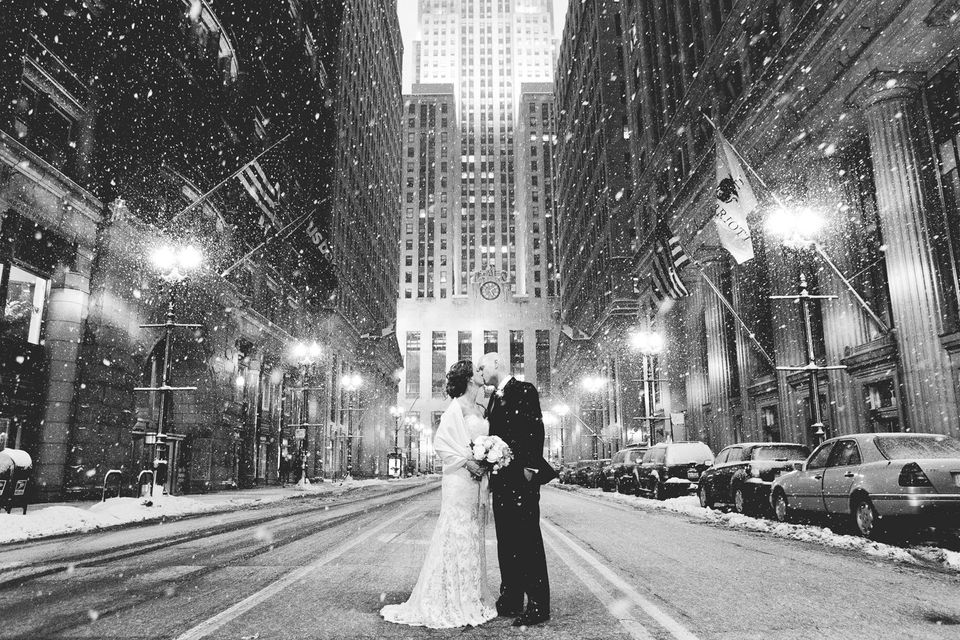