After a long day at work, what better way to wash away the stress than a nice, refreshing facial scrub before going to bed? A few years ago, major cosmetics and hygiene product manufacturers devised a way to make this daily ritual even more refreshing: adding tiny plastic microbeads to facial wash that would increase abrasion and, of course, exfoliation.

These microbeads proved to be popular with the consumer public and soon found their way into hand soap and even toothpaste. Microbeads appeared to be the key to a well-exfoliated and more invigorating future. 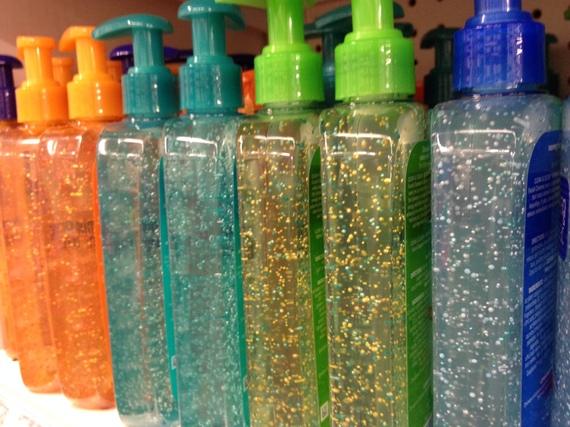 Unfortunately, those tiny colorful microbeads in your hand soap, facial cleanser and toothpaste are causing major damage to our natural ecosystems and the wildlife that inhabit them.

The problem stems from their small size and the enduring nature of polyethylene or polypropylene plastics. Microbeads are designed to be rinsed down the drain along with the soap suds after use, but our municipal water treatment facilities are not equipped to filter such small pollutants out of the water. Thus, after serving their exfoliating purpose, the microbeads flow unimpeded into our streams, lakes and rivers.

This sounds like a minor issue, but because plastics biodegrade so slowly, the microbeads remain in those waters virtually forever. And the chemicals contained in the plastic are proving harmful to marine life.

Once these pollutants are out in the environment, they make their way into the food chain. To fish and other aquatic creatures, the plastic particles look alluringly like food morsels. Because the microbeads contain chemicals from manufacturing as well as "hydrophobic pollutants" from the water that collect on its surfaces, including DDT and polychlorinated biphenyls (PCBs), they are highly toxic to living organisms.

The chemicals in those plastics remain in the small fish and amphibians until they are eaten by a larger animal, transferring the pollutants to their new host. In the end, humans may even end up ingesting these particles and associated toxins.

Research shows that the tiny particles are creating a big problem. A study from the University of Wisconsin (Superior) found that the Great Lakes contain up to 1.7 million plastic particles per square mile. A report released by New York Attorney General Eric Schneiderman said that microbeads were found in the outflow of 25 of 34 wastewater treatment plants studied. 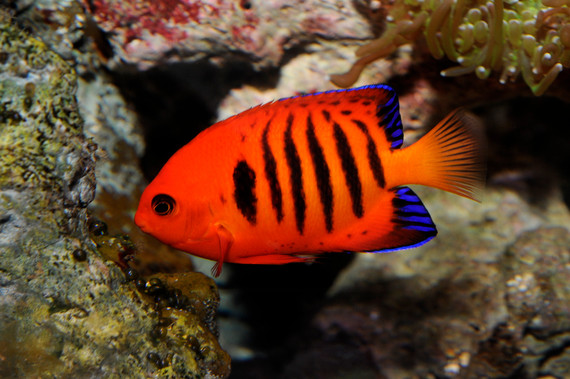 Fish sometimes eat microbeads. The chemicals in those plastics could be passed on to humans, according to scientists. (Photo by Julie Larsen Maher, ©WCS)

In response to the findings in the Great Lakes, the state of Illinois was the first to ban the sale of cosmetics containing microbeads in 2014. This year, New Jersey followed suit and similar efforts are underway in New York, California and Ohio. Congressman Frank Pallone (D-NJ) has also introduced a bill in Congress to ban the manufacture and sale of products that include microbeads nationally.

But we can move this process along by simply choosing to go without microbeads. This Earth Day, you can do your part by trading in your microbead-filled soaps and toothpaste and making sure to buy personal care products that are healthy for both people and wildlife. It's an easy way to make a difference.

The personal care product industry has at least recognized the issue. Companies including L'Oreal and Procter & Gamble have signaled that they will move away from microbeads in their products.

In the end, the ultimate demise of microbeads should not affect the exfoliation of America too much. There are natural alternatives to plastic that use ingredients like oatmeal to increase abrasion. This is a problem that should be easy to solve. And when we are able to wash our faces before bed without endangering wildlife, it will feel all the more refreshing.