Murray Seward cut his hours to 10 hours a week, yet he has grown his Survivor-style adventure outing business from $3 million to $8 million in revenue in just three years. Here's how.

In 2013, Murray Seward's firm, the Outback Group of companies, was stuck at around $3 million in annual revenue. Since then, revenues in its core business -- consisting of team-building operations Canadian Outback Adventures & Events and American Outback Adventures & Events -- have grown 166% and profits have ticked up by 333%. Meanwhile, Seward has reduced his hours to just one day a week, though his company also owns a significant ownership stake in three other ventures: Corporate Explorer Training, Canadian Outback Rafting Company, and Vancouver Christmas Market.

Seward's secret? He became more disciplined about how he runs his 32-employee, Vancouver-based company.

After Seward became a shareholder in the firm in 1999, the Outback Group grew gradually. Like many enthusiastic entrepreneurs, Seward threw himself into working around the clock to spark growth, but he couldn't move the needle much.

Different approach
While chatting about the business at a hockey game, a friend suggested he try a different approach--one that wasn't built on hunkering down at the office. Seward tried it, and since then, he has seen dramatic growth at the company, founded in 1992. "Profitability has gone through the roof," says Seward, the firm's president. "It just blows me away."

This year, his company will run 2,500 corporate team building events and leadership training programs in North America but it has become so efficient that Seward has pared his hours dramatically--to just 10 hours a week. Working only on Thursdays, he has freed plenty of time to do what he loves: spending time with his wife and children, coaching baseball, fishing, volunteering as a mentor in a group that teaches entrepreneurship to young people and reading business books--one of his passions. "I suck up those books," he says.

So how did he pull it off? Seward used a multi-pronged approach, one drawn from the Scaling Up system for growing a company. His friend at the hockey rink had introduced him to this approach, described in my book by the same name.

Owning a niche
One key step was getting clear on what to sell. When Seward purchased his stake in the company, it was doing business mainly in Canada, focusing on holding ski and rafting trips for corporate clients. Some events, such as the ski trips, relied heavily on outsourcing to subcontractors and had low margins. "We got out of those low-margin product lines to focus on what was profitable and scalable," says Seward.

With the reality TV show Survivor attracting a huge audience, many of the firm's best customers starting asking if Seward's firm could amp up the adventure theme. Soon the company had created its own Survivor-style event. It was a big hit, and as word spread to other parts of Canada, demand for the events grew.

"This lightbulb went off," recalls Seward. "We were not having to outsource the event. The margins were really good."

The company had soon built on the success of that event to create another, spun out of the idea of The Amazing Race, another hit reality TV show. Meanwhile, it expanded into cities such as Toronto and eventually into the U.S., where it is known as American Outback Adventures & Events. Today, the firm sells all over the U.S. and Canada, with all sales centralized in Vancouver.

Once Seward's firm identified the right products, it built quarterly goals tied into selling them. The company held its leadership team accountable for achieving daily key performance indicators (KPIs) that flowed into those targets, such as the lead-to-sale ratio and customer-inquiry response time. "We are doing our darndest to get down to a 10- to 15-minute average response time to leads," says Seward, whose ultimate goal is to achieve more zero-response-time interactions.

Mark Cuban-style meeting rhythms
Another key piece of the puzzle was establishing regular meeting rhythms--an idea from Scaling Up that gelled when Seward heard Mark Cuban speak about it. When asked how he successfully juggles all of the businesses he owns, Cuban mentioned that he does a weekly catchup call or email with the leader of each one of his businesses. During that conversation, he'll ask: What isn't going well in your business unit currently and what can I help you with?

Seward found that by adopting this approach himself, and including a question about how each leader is doing against his performance agreement, he gave his executives the freedom they needed without him "poking and prodding." In one recent conversation, he helped an executive navigate a challenge with the CRM system, with which Seward has some niche expertise. They cleared the roadblock. Once the system of holding weekly catchup meetings, calls and Skype sessions was in place, Seward was able to pare back his time in the office to one day a week.

Candid communication
Are the executives truly candid about what is going wrong during the huddles--even when it may point out their own inability to solve a problem? Seward says yes. To make sure that they are, the company often stresses positive examples of employees who have followed the firm's core value of being open and honest. One thing that has helped is using the Topgrading system for hiring, which helps in selecting employees who will make the transition to the company's culture successfully.

Paying like the Container Store
Seward, who admits he once paid his young team the bare minimum, has also greatly increased what he pays them, after hearing Container Store chairman and CEO and Uncontainable author Kip Tindell speak about how the chain became so successful.

"He is a proponent of paying people way more than what you think they would get paid--and his results have been fantastic," says Seward. "In the last two years we have really cranked up compensation. Our turnover has gone down. Our Net Promoter Scores have gone up." That has eliminated the need for employees to work second jobs, which drained their productivity. He has also given his team the flexibility to do things like take the afternoon off to go fishing if they prefer to work at night or attend to matters in their personal lives during the business day, given that employees are willing to cover for each other.

Nonetheless, Seward doesn't bat an eye at taking three weeks off to go to Mexico, which he did recently. When he mentioned it to a group of other CEOs, they were incredulous. "Aren't things going to explode?" one asked him. 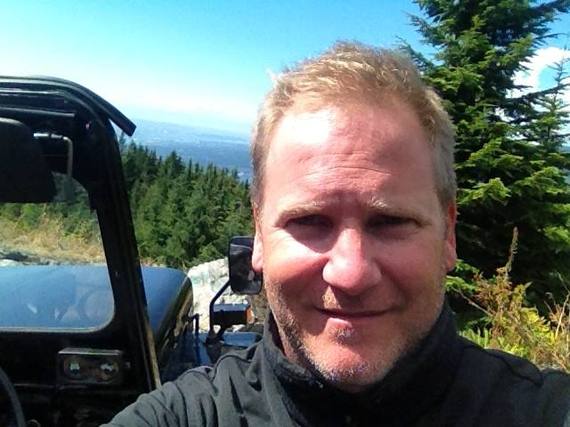